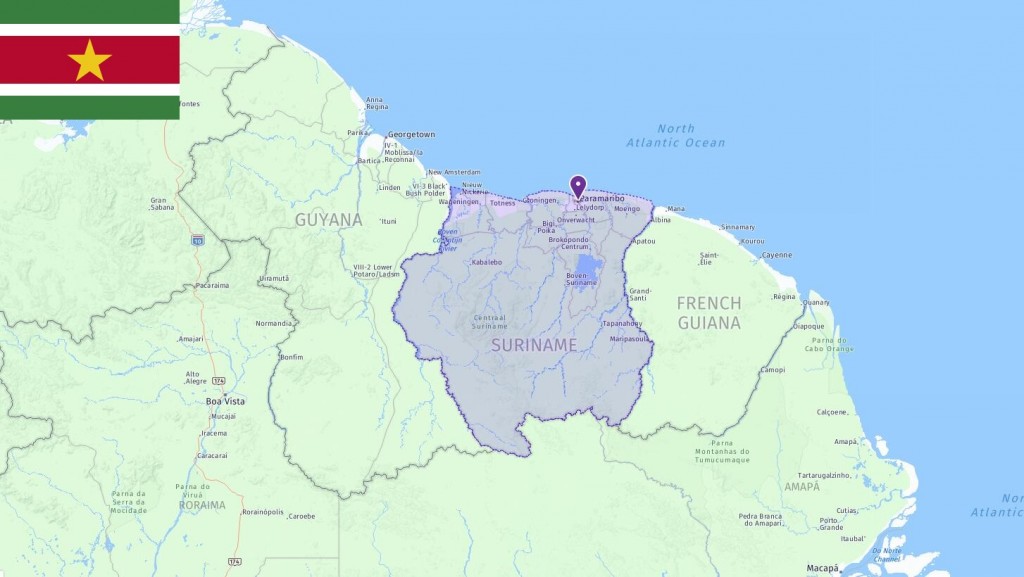 The most commonly used abbreviations about Suriname are SR which stands for Suriname and SRD which means Surinamese dollar (Suriname currency). In the following table, you can see all acronyms related to Suriname, including abbreviations for airport, city, school, port, government, and etc. 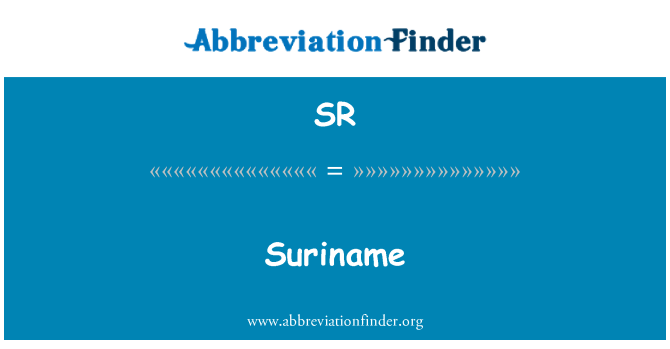 The nature of Suriname can be divided into three different zones. To the north lies a lush coastal plain with sandy beaches, swamps and mangrove forest. Within the coastal plain lies a wide and relatively flat savannah area, and south of the country the nature is characterized by dense tropical rainforest and hilly terrain. The highlands in the south are part of the Guyana Plateau which holds almost 25 percent of the world’s rainforest. The Guyana Plateau encompasses an area of ​​the northeastern Amazon (which is shared between the countries of Brazil, Suriname, French Guiana and Guyana). Around 90 percent of the country’s area is covered by tropical rainforest. To the east lies the country’s largest lake, the Brokopondo Reservoir. Several large rivers flow from the south to the north. The climate is tropical hot and humid all year round, with small daily and seasonal variations.

Suriname has relatively few environmental problems compared to other countries in the region. The country’s rainforest has largely remained untouched, and almost 30 per cent of the country’s area consists of national parks and protected nature reserves. However, deforestation and illegal logging have become more common in recent years. Mining activity has also led to contamination of groundwater and river water in several areas.

From around 1000 BCE operated indigenous peoples in Suriname with agriculture, hunting and fishing, and was not established in any unified state. When the Spanish discovered Surinam in 1498, the area was sparsely populated. Britain established the first colony in Suriname in 1651. The British established cocoa, coffee, cotton and sugar plantations, forcing the Caribbean and Arawak-speaking indigenous people into slavery. To develop the plantations, several thousand new slaves from Africa were also brought to the country. In 1667, the United Kingdom changed the country to the Netherlands, with the Netherlands renouncing the right over Nieuw Amsterdam (New York). Regular slave revolts led the Dutch to invest little in Suriname. When slavery became illegal in 1863, new workers were brought in from India, Java and China.

In 1954, Surinam gained internal autonomy, and the country became an independent republic in 1975. Ethnic conflicts, unstable economy and political unrest led almost half the population to emigrate to the Netherlands in connection with independence. The turmoil in the population and the economy triggered a coup d’état in 1980, and until 1993 the country was characterized by military coup, economic downturn and civil war. Since 1993, the country has had a weak but lasting democracy.

The country’s politics are largely influenced by the multicultural and multi-ethnic population. The population consists mainly of descendants from India, Java, China and Europe, as well as indigenous peoples, Creoles and Maroons (descendants of escaped slaves from Africa). The ethnic and political riots that triggered the civil war in the 1980s have left deep traces in society. Political disagreements, coalitions and cooperation are still often based on ethnic divides.

The country’s social welfare system has several shortcomings and shortcomings, but maintains a significantly higher standard than in neighboring French Guiana and Guyana. Over 90 per cent of the population lives in the capital, or in other smaller coastal cities. In the almost unpopulated central and southern parts of the country, the health care, infrastructure and education sector are very poorly developed. Surinam is one of the few countries where abortion is totally prohibited, even if the mother or child’s life is at risk.

Suriname’s industry is dominated by mineral extraction. The country’s most important export revenue comes from aluminum, gold and oil. There are several unused mineral deposits centrally in the country, but the dense rainforest and lack of infrastructure make the extraction of resources unprofitable. Fishing, and mainly shrimp fishing, is a significant industry and accounts for over 10 percent of the country’s export revenue. The main exporting countries are the USA, Norway and the Netherlands. Only 0.5 per cent of the land is cultivated land, and agriculture is only a small part of the country’s gross domestic product. The service sector is the most important industry, accounting for around 55 percent of the country’s total gross domestic product.

Surinam is struggling with widespread poverty, weak economic growth and little economic development. Around 23 percent of the population lives in extreme poverty. The country is also struggling with high unemployment, and the proportion of young unemployed is particularly high. High inflation and deficient economic development have hindered economic growth. Drug trafficking and other covert economies are widespread, and the state lacks routines to deal with these industries. Surinam’s economy remains dependent on foreign aid. The Netherlands is the most important donor country.