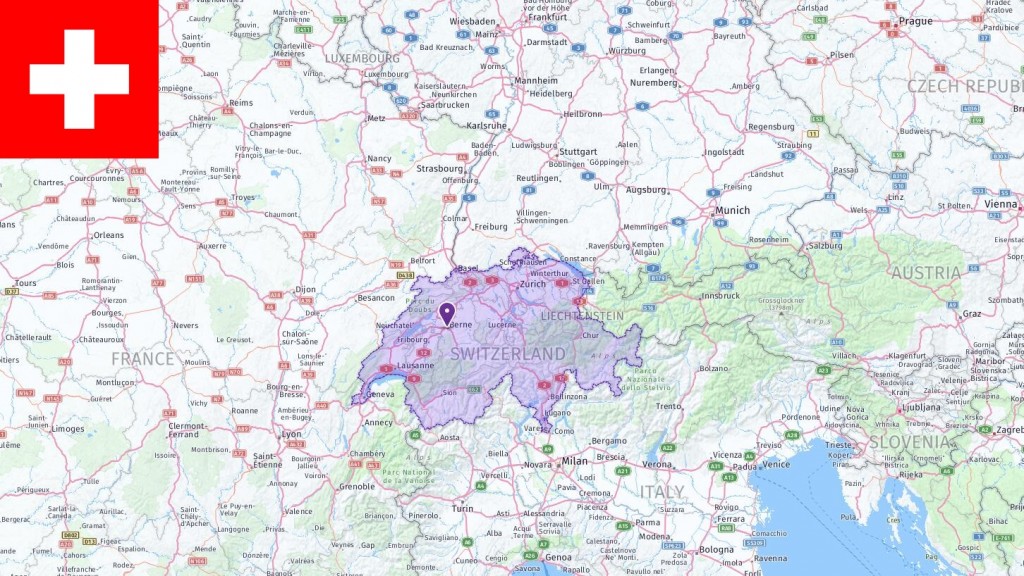 The most commonly used abbreviations about Switzerland are CH which stands for Switzerland and CHF which means Swiss franc (Switzerland currency). In the following table, you can see all acronyms related to Switzerland, including abbreviations for airport, city, school, port, government, and etc. 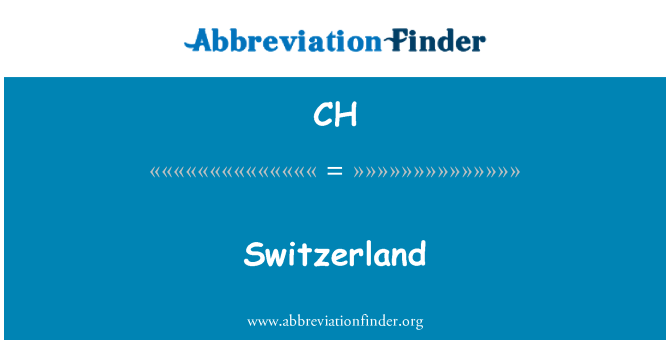 Switzerland consists of three different landscapes; The Jura Mountains, the Alps, and the Mittelland Plains. Mittelland is the area between the Jura mountains in the west, the Alps in the south and the river Rhine in the northeast. Here are the country’s largest agricultural areas. In the Alps lies Switzerland’s highest mountain, Dourspitze, 4634 meters above sea level. Vegetation and flora are diverse and characterized by the country being within several climatic zones. The mountain flora is rich and varied. Several of Europe’s most important rivers flow through Switzerland, and the country has many lakes.

The biggest climate challenge in Switzerland is acid rainfall caused by man-made pollution. Acid rainfall is particularly threatening trees and forest growth in the country. Due to high rainfall amounts of both rain and snow in the mountains, trees are especially important, as they prevent soil erosion and avalanches. Drainage from agriculture also creates a major problem, as it pollutes rivers and water.

People have lived in Switzerland for 50,000 years. The country has been subject to both the Roman Empire, France and the German-Roman Empire. In 1291, the people of three states (also called cantons) came together to form an “oath union”. The goal was to stand together against external attacks. This is considered the origin of today’s Switzerland. Throughout the 1300s, several cantons joined the union, but the government in the country remained more like a collaboration than a country. In the 18th century, Switzerland was invaded by Napoleon and his French forces. In this connection, the country was renamed the Helvetian Confederation (Confoedaratio Helvetica). Although the covenant of oaths between the cantons was restored after the fall of Napoleon, the country’s international abbreviation has remained “CH”.

Throughout the 1900s, Switzerland remained neutral throughout both world wars. Nevertheless, Switzerland has been accused of avoiding World War II by passively cooperating with Nazi Germany on the Jewish extermination, and allowing its banks to manage gold Germany had stolen in occupied countries.

Switzerland is a federal republic. The country consists of 26 states (cantons), all of whom have much power over their own policies.

The political system in Switzerland is characterized by a lot of direct democracy, where the people can, by means of referendums, change government decisions. The central power, the government and parliament, is therefore weaker than in most other countries. This form of government has made it possible to keep the religious, linguistic and geographically divided country together. Despite the political stability that the political system has created, it has made it difficult to achieve major societal changes. Among other things, the country did not get general voting rights for women until 1971, and the last canton did not allow this until 1990.

Immigration and crime are among the most important domestic political issues in the country. This has made the right-wing Swiss People’s Party (SVP) the country’s largest party. The SVP represents a very anti-immigration policy, and has been accused of racism by the UN.

Switzerland is one of the richest countries in the world, with low unemployment and a highly educated population. The Swiss economy is very stable and has grown strongly throughout the post-war period. Switzerland’s economy is driven by finance and insurance, exports of electronics and machinery, and tourism. The country’s political stability, the strong currency and the “Bank secrecy” (Swiss banks are only obliged in exceptional cases to provide information about their customers) have provided the banks with a lot of foreign capital.

From 1992, Switzerland has been a member of the World Bank and the International Monetary Fund (IMF). The government applied for membership in the EU in the same year, which a referendum later rejected. The country has since had a trade agreement with the EU. In 2005, Switzerland joined the Schengen cooperation.