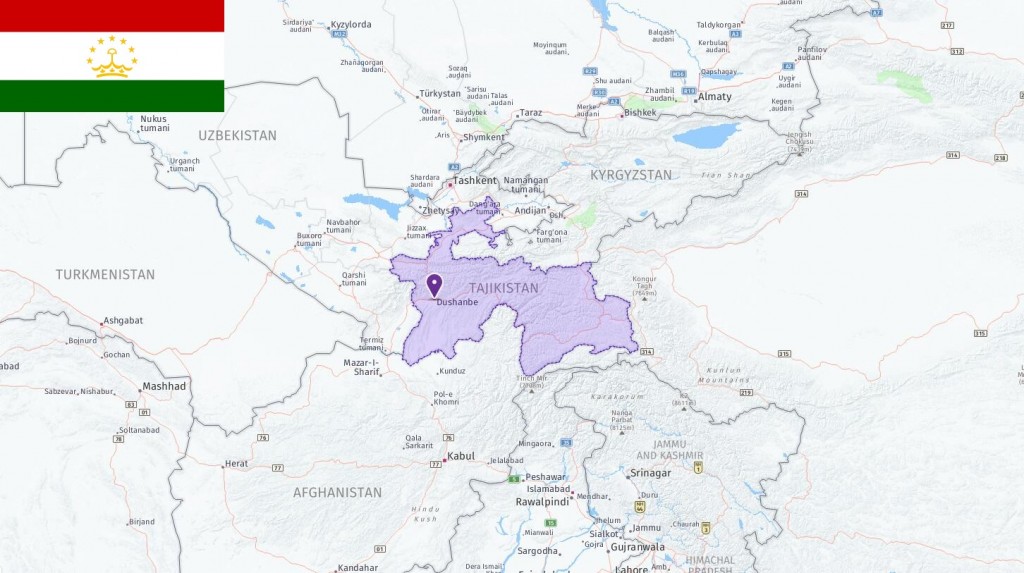 The most commonly used abbreviations about Tajikistan are TJ which stands for Tajikistan and TJS which means Somoni (Tajikistan currency). In the following table, you can see all acronyms related to Tajikistan, including abbreviations for airport, city, school, port, government, and etc. 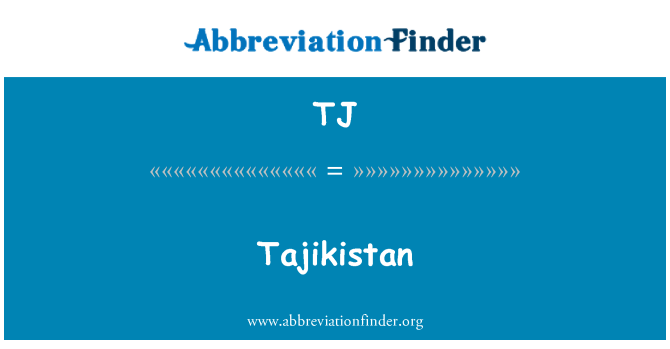 Tajikistan is a country characterized by mountains and hilly terrain. Around half of the country is over 3000 meters above sea level and several of the mountains reach over 7000 meters The country’s highest mountain is Ismail Salmani (formerly the “Communist Mountain”) at 7495 meters. Only four percent of the land is covered by forest. The lowlands are mostly cultivated and consist of grasslands, semi-desert and desert landscapes. The climate varies widely depending on the altitude. In the lowlands, winters are relatively mild and summers warm. In the mountains, winters are cold with lots of snow, and summers cool. The country has relatively little rainfall.

Tajikistan has several major environmental problems. Industrialized agriculture and excessive use of artificial fertilizers have led to harmful pollution of rivers and water. The drainage of the rivers for irrigation of agriculture has led to high salt levels in the soil and groundwater. In addition, there is a lot of industrial and air pollution from old factories.

Tajikistan has been inhabited by Iranian peoples from around the year 1000 BCE. The area was an important junction on the Silk Road, an old trade route between China and Europe. Until the 1990s, the Central Asian region was controlled and conquered by a variety of peoples and kingdoms. Among these, Alexander the Great was around 300 BCE, the Kushan Empire, Turks and Arabs. Under the Arab regime and Islamic caliphate in the 7th century, the population became Muslim. In the 11th century, the area was conquered by the Samanids, the Mongols and the Timurids, and towards the end of the 19th century the region was incorporated in Russia.

When the area was divided into various Soviet republics in 1924, it was the first time Tajikistan was recorded. Throughout the region’s history, there have been no nation states, and the people groups have lived across geography. As a result, the “new” Republic of Tajikistan consisted of different peoples without a unified national identity. Until the disintegration of the Soviet Union, the country was one of the poorest sub-republics in the Union, and there was great dissatisfaction with the Soviet power.

After the country’s independence in 1991, a civil war broke out, leading to widespread suffering and poverty. At least 60,000 people were killed, more than a million were displaced, and important infrastructure such as hospitals, roads, bridges, houses and factories were destroyed. The war was between a Russian-backed government arm and an alliance of secular nationalists and Islamists. It ended with the Russian-backed Communist Party taking power.

Today, Tajikistan is a presidential republic. The president is both the head of state and the head of government. Formally, the president is elected for a seven-year term, but the elections are neither free nor democratic. The National Assembly and the courts are affected by corruption and bribery, and the President sits with all his might.

Due to the impassable nature, the regions of the country are almost cut off from each other, and clan or region affiliation is stronger than national affiliation. Widespread poverty and a lack of national identity have also become a breeding ground for radical Islamism, drug smuggling and crime.

The health care system is poorly developed, and the spread and transmission of diseases is common. Women have a weak position in society and violence, human trafficking, prostitution and harassment often occur. Many marriage cases are arranged from infancy.

Tajikistan is the poorest of the former Soviet republics of Central Asia. The disintegration of the Soviet Union and the civil war has led to deep economic problems. From 1985–1995 the gross domestic product per capita fell annually by over ten per cent. Since the turn of the millennium, there has been weak economic growth, but economic reforms have taken time. The country is among the world’s most corrupt, and there are few foreign investments. The country’s social problems have led to over one million Tajiks living abroad. The money the foreign workers send home (referrals) makes up about 50 per cent of the gross domestic product.