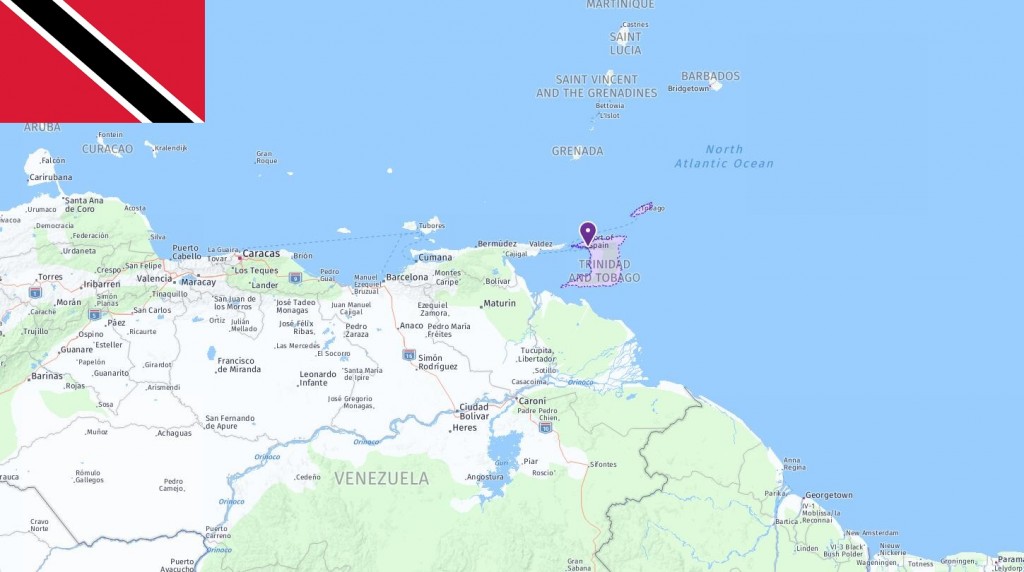 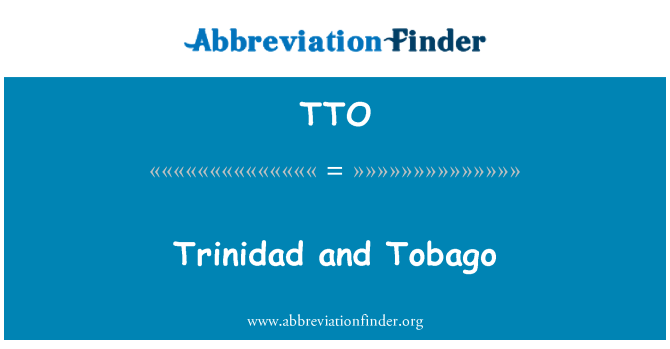 Trinidad and Tobago are the southernmost islands of the Lesser Antilles. The northern part of Trinidad consists of the mountain range “Northern Range”, where the country’s highest peak El Cerro del Aripo reaches up to 940 m. The rest of the island consists mainly of lowland with white sandy beaches along the north and east coasts. In the southwest lies the world’s largest reservoir of asphalt “Pitch Lake”.

The island of Tobago is a continuation of the mountain range north of Trinidad. Almost the entire island has a hilly and steep terrain, with beautiful sandy beaches along the coast. Tropical rainforest covers one third of the islands. The climate is tropical hot and humid all year round with small temperature variations. It rains most between July and October, and at least between January and May. The country is rarely exposed to tropical hurricanes that regularly affect other islands in the Caribbean.

The biggest environmental problems in Trinidad and Tobago are pollution of the water and the oceans due to agricultural chemicals, industrial emissions and uncleaned sewage. Oil spills from the country’s oil industry have also destroyed parts of the coast. Inland, deforestation has caused large areas to have extensive soil erosion and damaged soils.

Trinidad and Tobago have been inhabited for at least 7,000 years by various peoples. Tobago was mainly inhabited by Caribbean people. The first Europeans to settle on the island were Dutch. Until Tobago formally became a British colony in 1899, the islands went through major shifts in colonization of Spain, France, the Netherlands and the Duchy of Kurland and Semgallen.

When Christopher Columbus landed on Trinidad in 1498 as the first European, mainly Arab-speaking people lived there. Spain colonized the island and established sugar plantations. The indigenous population was almost wiped out due to European diseases and slavery. To maintain plantation operations, African slaves were imported, the island remained sparsely populated by Spaniards, and a large French settler population grew. In 1797, Spain transferred the colony to Britain. Thus, the island became a British colony of French slave drivers under a Spanish social structure. When slavery ceased in 1833, many Chinese and Indian labor immigrants came, and from 1899 the islands of Trinidad and Tobago were united as one British colony. From the 1930s, an oil industry emerged that led to rapid economic growth. The colony gained internal autonomy in 1945.

Trinidad and Tobago is a democratic republic. The country is a member of the Commonwealth and has the British monarch as the head of state. The head of state is a president with mainly ceremonial roles. The executive power lies with the government led by the prime minister. The government and the prime minister are based on a parliament that is elected every five years. Parliament consists of a House of Representatives elected by the President, and a Senate appointed by the President. The president is elected for five years by parliamentary representatives.

Important political issues in Trinidad and Tobago are society’s major inequalities between poor and rich, and the country’s extensive drug-related violence and smuggling. The islands are centrally located in a drug trafficking route from South to North America. Despite international criticism, the country has reintroduced the death penalty for scaring away the criminal gangs. Although there are major differences in society, living standards are high compared to other countries in the region. Health services are free of charge and work well. Social benefits such as health insurance, unemployment benefits, pensions and child support are reliable and well developed. Women’s oppression and violence against women is a widespread problem, but in recent years has become an important political issue.

The economy of Trinidad and Tobago is based on the extraction and export of natural resources. The country has large oil and natural gas deposits, and industry related to the extraction, production and export of these resources constitutes the majority of the economy. The service sector (including tourism) is another important industry and employs around two-thirds of the population.. Agriculture is less important and employs less than five percent of the population. Trinidad and Tobago join the CARICOM (Caribbean Community and Common Market) regional partnership. The goal of the organization is to create a common economic market in the Caribbean, and that the region should receive equal tariffs, free flow of capital and labor.

Trinidad and Tobago are among the richest countries in the Caribbean due to access to natural resources. About three percent of the population still lives in absolute poverty. Poverty is most prevalent in cities, in rural areas living standards are higher.