Tripoli, Arabic Tarabulus al-Gharb [-rarb], Italian Tripoli, capital of Libya, port city on the Mediterranean on the Little Syrte, on the edge of a 10 km wide coastal oasis, (2012) 940 700 residents;University (1973 emerged from the existing faculties of the University of Libya founded in 1955), arts and crafts school, technical schools for military technology, petroleum industry, administration, mechanical engineering, computer science, music and others; National Archives, Libraries, Museums; Radio and television broadcasters; state book and press publishers. The industry includes, among others. Grain mills, furniture, textile, food, detergent, tire factories and truck assembly. A seawater desalination plant is connected to the thermal power plant (325 MW). The port of Tripoli is next to that of Benghazi the most important of Libya; Petroleum refinery; international Airport. – Since 1996, Tripoli has received water from the Fezzan via a network of pipes.

Roman triumphal arch for Emperor Mark Aurel (163 AD); Castle, built in 1533 on a fortress of the Maltese (today a national museum with archaeological and folklore departments); Historical mosques include the 10th century Al Naqa Camii (renewed in 1611), the Ahmed Karamanli Camii (originally a Spanish church, a mosque since 1736) and the Gurgi Camii (1833).

The ancient Oea, in the 7th century BC. Founded by the Phoenicians, Carthage was an intermediary trading center after 146 BC. BC flourishing port city with close ties to Rome, later the center of the province of Tripolitana. In the 5th century Tripoli came under the rule of the Vandals, in the 6th century under the Byzantine Empire, around 650 under Arab rule. 1146–58 Tripoli was occupied by Sicilian Normans; From 1510–51 it was under Spanish rule (awarded as a fief to the Order of St. John in 1530). 1551–1911 / 12 it was the seat of a reign of the Ottoman Empire ( Tripolitania ), then it fell to Italy, which in 1934 made Tripoli the capital of its colony “Libia”. From 1943 to 1951 it was the seat of the British military administration, then the capital of the Province of Tripolitania, since 1969 the capital of Libya.

Air strikes and fighting during the civil war in 2011 caused destruction in Tripoli. 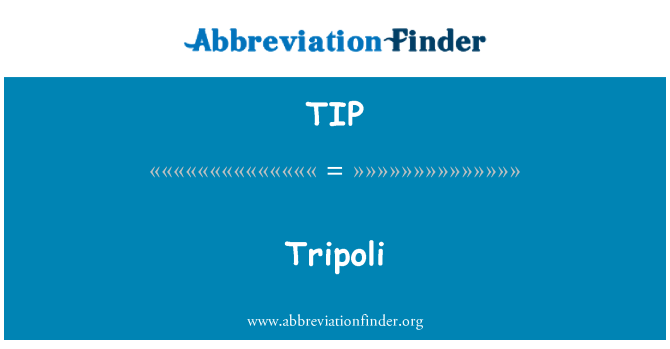