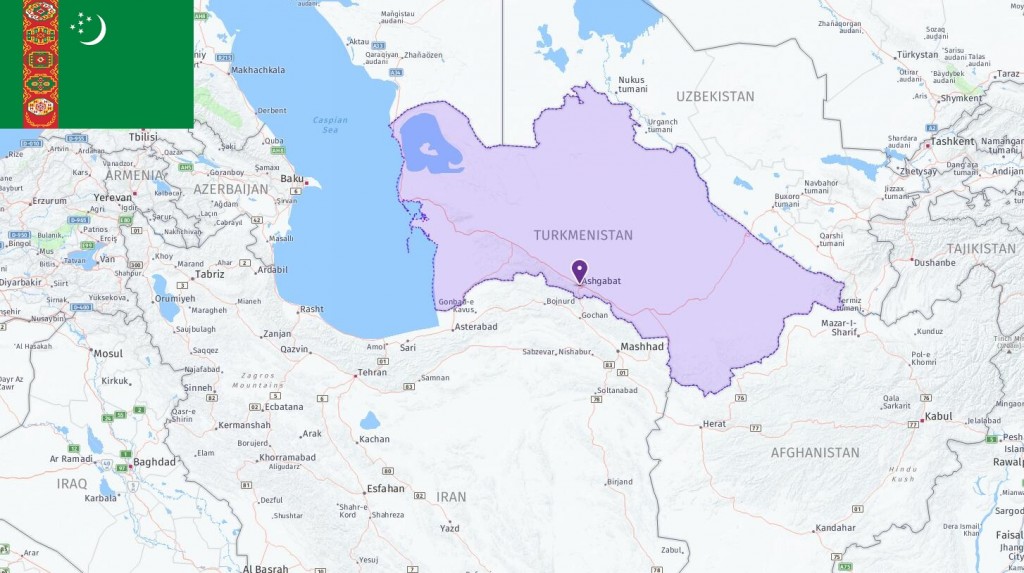 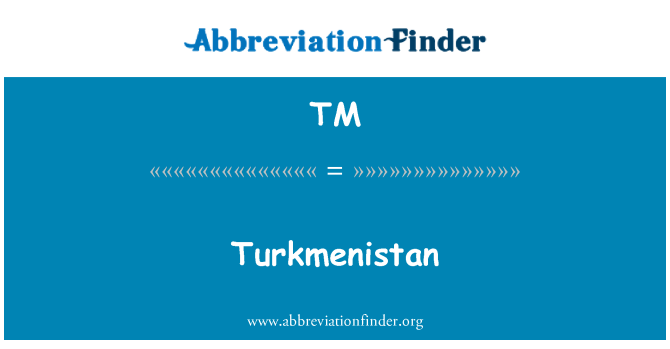 90 percent of nature in Turkmenistan is desert. Just to the south of the country is an oasis area, and to the south, along the border with Iran, the landscape is characterized by mountains. The Amu-Darja River flows from east to northwest, forming most of the border with Uzbekistan. A huge artificial channel connects the river with the Caspian Sea. The channel runs from the river in the east, through the desert and oasis landscape in the south, before it flows into the Caspian Sea in the west. The rivers Murghab and Tedchen, which flow from the south to the northwest, are also important for the country’s water supply. The climate is continental, with large daily and annual temperature variations. In summer it is usually above 35 ° C, while in winter it is often colder than -30 ° C. The whole country has little rainfall and very low humidity.

The country’s low rainfall and large desert areas lead to a high need for artificial irrigation. Damping, diversion and exploitation of the rivers have caused the Aral Sea in the neighboring country to dry out at a rapid pace. In addition, high consumption of artificial fertilizers, chemicals and pesticides in agriculture has led to widespread pollution. Contamination of the Caspian Sea has also become a major environmental problem for the region.

A number of kingdoms have ruled Turkmenistan over time. The area was part of various Iranian state formations, the Hellenistic kingdoms (conquered by Alexander the Great in 329 BCE), the Kushana kingdom and the kingdom of the Heftalids. From around 100 AD, the area was an important part of the trade route between Europe and China, also known as the Silk Road. Around the middle of the 500s, Turkish tribes took control, before Arabs occupied the area in the 600s. Genghis Khan occupied the area in the 13th century, beginning a period of brutal and devastating ravages. In 1924, Turkmenistan was established as a socialist republic of the Soviet Union.

Traditionally, Turkmen had no unified nation state. This came to an end when the Turkmen Soviet Republic was established and the country was united into a people. During Soviet times, Turkmenistan was the poorest and least developed of all the Central Asian Soviet republics. When the Soviet Union disintegrated in 1991, the country was underdeveloped, poor and lacking a national feeling. The country’s first president, Nijazov, established a strict dictatorship and started a nationalist movement based on personal worship of himself. Political opposition was illegal and freedom of the press was minimal. After Nijazov’s death, Berdymuhamedov assumed the presidency.

Formally, Turkmenistan is a presidential republic with a multi-party system. In reality, the country is an undemocratic, totalitarian one-party state, with all power gathered by the president. The country’s first president was a former communist leader who changed the name of the Communist Party to Turkmenistan’s Democratic Party, and was “elected” with over 99.5 percent of the vote, in 1999 he was named president for life. To get support from the population, he decided that electricity, gas, water and bread should be given free of charge to everyone. After his death in 2006, Berdymuhamedov became the country’s new president. He has been somewhat more moderate, and has among other things tried to improve the country’s health care system and school system. But the regime is still authoritarian and Turkmen media are owned and controlled by the government, and TV broadcasts and internet sites are censored.

The social conditions in Turkmenistan are characterized by great inequalities and widespread poverty. Over 50 percent of the population lives in extreme poverty despite the country being rich in natural resources such as oil and gas. Customer affiliation is the most important social safety net for the population, as the health system and other public goods have major shortcomings and shortcomings.

Turkmenistan’s economy is poorly developed and largely based on cotton production and exports of natural gas. The economy is controlled by the state, but in recent years some market economy reforms have been implemented. Widespread corruption and state control have hindered foreign investment or economic growth. Exports of natural gas and oil are the most important revenue for the state, but the revenues have not benefited the general population.

Although over 90 percent of nature consists of desert, the country is a major producer of cotton. Through extensive artificial irrigation and fertilizers, agriculture employs around 50 percent of the population.