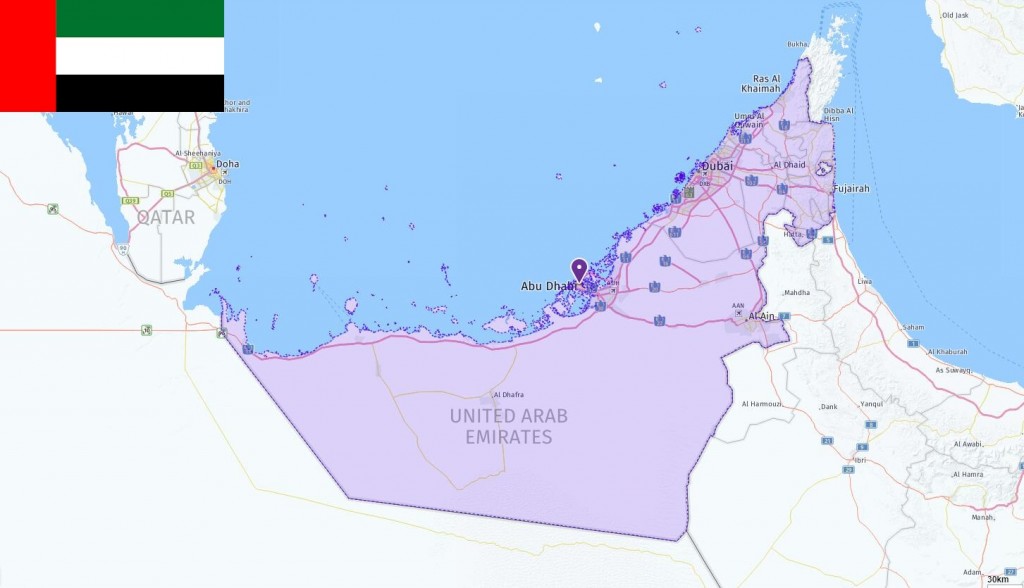 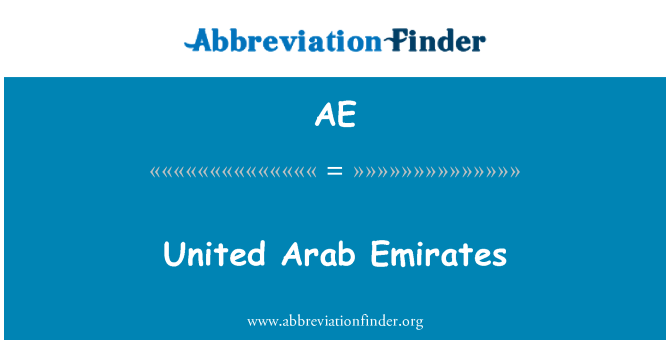 The largest part of the UAE’s area is the sand desert, which in the west and south borders Saudi Arabia and in the east to Oman. Under one percent of the land is arable land. The landscape consists mostly of sand dunes with some oases, and the water springs there have made permanent habitation and cultivation of land possible. In the desert there are some strong sandstorms. The climate is warm and dry, especially in coastal areas where it rains little. Lack of fresh water is a challenge, and most of the country’s drinking water is desalinated seawater.

The area has been inhabited for over 7,500 years, but 100,000-year-old traces have been found for humans. Trading through camel caravans, and later shipping, caused the settlement to grow. In the year 630, Prophet Muhammad declared the area Islamic. After Vasco da Gama’s voyages of discovery in the 16th century, the Portuguese ruled the area for 150 years. Then the Ottoman Empire conquered the area. By the end of the 19th century the area became a British protectorate.

The road to independence started after World War II. When the British withdrew from the area in 1971, six of the Emirates joined the United Arab Emirates. The Emir of Ras al-Khaimah joined the federation the following year. The neighboring countries of Bahrain and Qatar were to join the federation, but these two chose to stand outside. Since independence, the country has been politically stable – but the UAE has participated in several wars in other countries.

The Iraq-Iran War began in 1980, and posed a threat to the UAE because Iran would stifle oil revenues by blocking an important oil transportation route. The Emirates gave money to Iraq, and risked being drawn into the war before the ceasefire in 1988.

Since then, the UAE has supported Saudi Arabia and the United States militarily in wars in Kuwait, Syria, Libya and Yemen. The UAE has ambitions as a trading nation and will therefore control ports in Yemen.

The support has given UAE important defense agreements with France and the United States; The UAE has therefore been able to purchase advanced weapons. The UN has criticized the country for committing war crimes in Yemen, and so Norway has ended arms sales to the Emirates.

The leaders (emirates) of the seven emirates sit in a council with the formal power of the UAE, who elect the president and approve the vice president. The president is the emir of Abu Dhabi, the largest and richest emirate, while the emir of Dubai is the vice president and prime minister. These two emirates have veto power in the council. Each emirate has a high degree of self-government, and the sheikhs who govern each emirate have inherited power through royal kinships that have ruled since the 18th and 19th centuries. Political parties are illegal, and the regime is one of the most severe dictatorships in the Middle East.

The Arab Spring of 2011 and the struggle for democratization in the Middle East and North Africa gained little support in the UAE. The government silenced a protest by providing even more favorable welfare services to the people and imprisoned loud critics.

Since the 1960s, the United Arab Emirates has been one of the world’s most important oil exporting countries. With the oil revenues, the authorities have developed infrastructure and good welfare schemes such as health services and education. This welfare means that people are relatively good at living in a dictatorship.

Women can hold positions in the state administration and make up a large proportion of those who study at universities, but the working life is not equal and unions are illegal.

UAE has become very rich since oil extraction began in Abu Dhabi in 1962. Emirates has about 10 percent of the world’s oil resources, and 94 percent of these are in Abu Dhabi alone. Some emirates are richer than others – in the two richest, Dubai and Abu Dhabi, thousands of families have been granted free housing.

In the past, the economy was based on trade and simpler goods such as pearls, fish and dates. As the oil industry grew, guest workers moved to the country – in the 2000s, guest workers made up over three-quarters of the country’s population. At the same time, the country has quickly become modernized and urbanized.

The oil and gas sector accounts for 30 per cent of GDP, and the country is therefore entirely dependent on the international oil price. In order to reduce oil dependency, the government is expanding the financial, tourism and industrial sectors. The business and construction sectors have grown after foreign companies and investors have been given tax-free areas and free land, as well as the opportunity to own land.

Dubai has become an international financial center and a popular tourist destination, but is considered a center for smuggling and money laundering. The emirate has very high bank density, with many foreign banks, and in 1999 a stock exchange was opened. Important trading partners are Japan, the United States, China, and Western Europe.