Valletta [v-], Maltese il-Belt Valletta, formerly La Valetta, capital of the Republic of Malta, on the northeast coast of the island of Malta, on a rocky headland between the natural harbors Marsamxett and Grand Harbor with richly indented bays, (2017) 5,800 residents.

The small town is the seat of the archbishop and has a university (founded in 1592, university status since 1769), a botanical garden, observatory, national museum and library, institutes, theater and a modern congress center. There is a diverse industry in the Valletta metropolitan area, including: Repair yard, food, chemical, textile industry, mechanical engineering; Thermal power plant, seawater desalination plant in Marsa. Tourism and finance are becoming increasingly important. The international airport is in Luqa.

Valletta was laid out according to a uniform city plan with streets crossing at right angles and fortified with mighty bastions. The most important sights are the St. John’s Cathedral (1573–77, with tombstones of the knights and baroque monuments of many grand masters as well as paintings by Caravaggio, among others), the palace of the grand master (1574, today seat of parliament), houses of the individual compatriots of the knights of the order, among others. Auberge de Provence (now the National Museum, with archaeological department and art gallery), Auberge d’Italie, Auberge de Castille et León (now the seat of the Prime Minister). In 1980, UNESCO declared Valletta a World Heritage Site.

Valletta was after the defense of the great Ottoman siege of Malta (May – September 1565) on March 28, 1566 under the Grand Master of the Order of St. John Jean Parisot de la Valette (* 1494, † 1568) as a solidly fortified residential city according to the plans of the Italian architect Francesco Laparelli (* 1521, † 1570) founded; came briefly into French possession in 1798 (withdrawal of the Order of St. John) and was occupied by the British in 1800. Contracted to Great Britain in 1814 (Crown Colony Malta), Valletta was an important British naval base and was badly hit by Italian and German air raids during World War II. Since 1964 Valletta has been the capital of the independent (since 1974 the Republic) Malta. 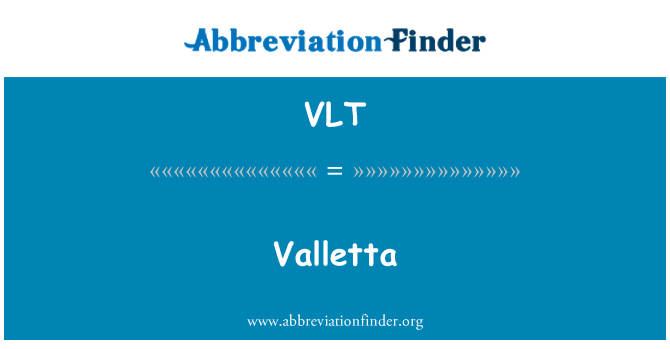