What is the abbreviation for West Virginia state? The state of West Virginia is in the eastern United States. More specifically in the Appalachian Mountains. West Virginia is the only state in the USA that is completely in a mountain range. Therefore, the state’s nickname – “The Mountain State” – is not surprising. In 1863, West Virginia was incorporated into the Union as the 35th state. It previously belonged to Virginia, but had split off due to differing opinions on slavery.

Today, West Virginia borders Ohio and Pennsylvania in the north, Maryland in the east, Virginia in the southeast and south, and Kentucky in the west. West Virginia covers an area of ​​62,755 km² – with around 1.9 million inhabitants. The state capital is Charleston with approximately 50,000 residents, which is also the largest city in the state.

The state still sees itself as a mining state and its motto is: “Montani Semper Liberi” (the mountain dwellers are always free). Despite its more northeastern location, West Virginia is considered by many to be a southern state. This can also be seen in the fact that West Virginia was once considered the southernmost state of the northern states or the northernmost state of the southern states. The once huge forests of West Virginia had been cleared down in the past, so that laborious reforestation has been necessary in recent decades. Coal mining and tourism play a particularly important economic role, although it should be mentioned that West Virginia is one of the “poorest” states in the United States.

Parts of the state of West Virginia are explicitly mentioned in the song “Take Me Home, Country Roads” by John Denver, such as the Shenandoah River and the Blue Ridge Mountains. The city of Huntington, which has around 50,000 inhabitants, has a sad record. Due to the prescribed painkillers containing opioids, around 10,000 of the residents are currently addicted to heroin. Huntington is the state’s second largest city after Charleston.

Note
In March 2014, the song “Take Me Home, Country Roads” was declared the state’s official anthem by the West Virginia parliament. John Denver (1943-1997) died on October 12, 1997 when he crashed his light aircraft.

Charleston
The city of Charleston with its approximately 51,000 inhabitants is not only the largest city in the state of West Virginia, but also its capital. Charleston is located in the southeastern state at the confluence of the Elk River and Kanawha River. The region’s settlement began in 1788 under the name Fort Lee and since 1793 the town has existed under the name Charleston. Charleston has been the state’s capital since 1877. In addition to the impressive State Capitol, visitors will find numerous museums and other cultural institutions here. No wonder, since Charleston is the economic, political and cultural center of the state of West Virginia. There are also some interesting historical buildings in Charleston.

Beckley
The city of Beckley has approximately 17,000 residents and is located in the south of the state and was founded in 1838. A highlight of the city that can be linked well with the history of the state is the Schaumine Beckley Exhibition Coal Mine. Tamarack is also interesting for visitors. The city is also the northern starting point of the Coal Heritage Trail. The famous singer Bill Withers comes from Beckley.

Bluefield
The city of Bluefield with its approximately 10,000 inhabitants is located in the extreme south of West Virginia on the border with Virginia. Bluefield is located at an altitude of 795 m, making it the tallest city in West Virginia and known as a climatic health resort. The mathematician and Nobel laureate John Forbes Nash comes from Bluefield and became known to larger circles through the film A Beautiful Mind.

Huntington
The city of Huntington has approximately 50,000, making it the second largest city in West Virginia. Huntington is located in the far west of the state on the Ohio border, on the Ohio River. Huntington was founded in 1870 and at the height of coal and steel production in the region it had over 80,000 residents. Downtown Huntington has some interesting historical buildings and museums. As mentioned above, around 10,000 of the population are heroin dependent as a result of drug abuse.

On November 14, 1970, 37 players on the Thundering Herd football team at Marshall University, including additional escorts and crew, were killed in a flight back from a game against East Carolina University in the crash of a Southern Airways DC-9. A total of 75 people died in the accident. This disaster was filmed in the 2006 McG film “They Were Heroes”.

Parkersburg
Parkersburg is the third largest city in West Virginia with approximately 31,000 inhabitants and is located in the western part of the state on the Ohio River and thus on the border with the state of Ohio. Parkersburg, founded in 1820, is now a local cultural center and has several museums. The well-known director Morgan Spurlock comes from Beckley. 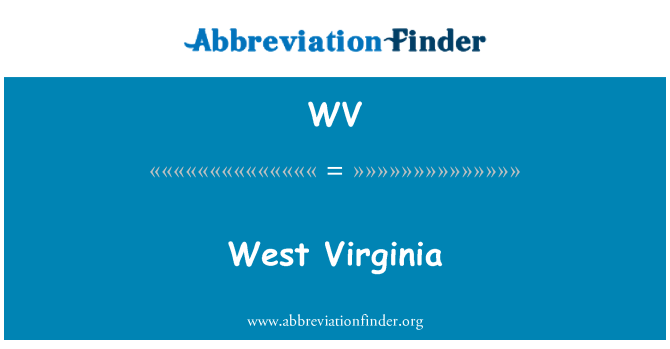