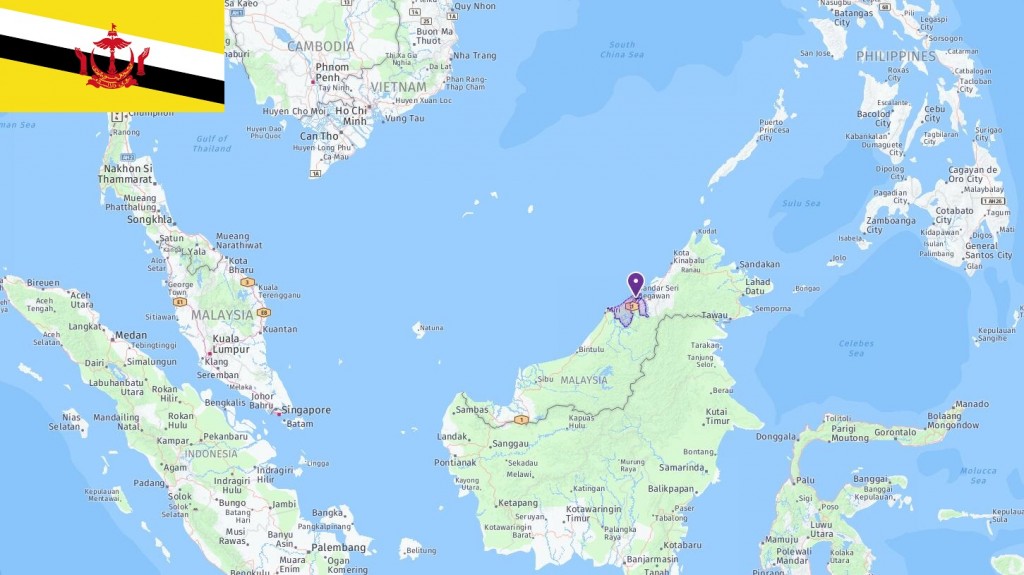 The most commonly used abbreviations about Brunei are BN which stands for Brunei and BND which means Brunei dollar (Brunei currency). In the following table, you can see all acronyms related to Brunei, including abbreviations for airport, city, school, port, government, and etc. 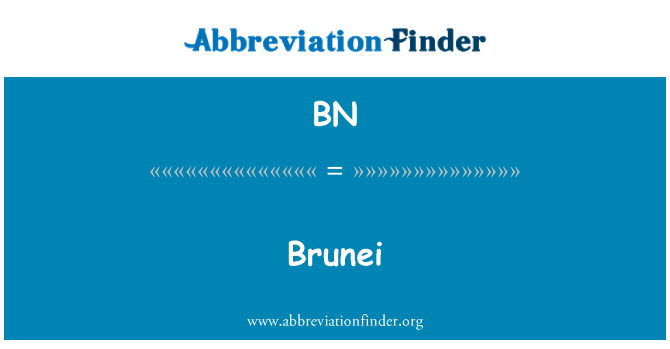 The state of Brunei encompasses two distinct parts of the northwest coast of the island of Borneo, and is surrounded by the Malay state of Sarawak. The western part is the largest and accommodates most of Brunei’s population. The eastern part of Brunei is characterized by high altitude. Brunei’s highest point is the 1,850 meter high mountain of Bukit Pagon. The nature of Brunei consists mostly of lowland, dense forests and mangrove swamps. About three quarters of the area is covered by dense rainforest. About two percent of the area is cultivable, but only half is cultivated.

Brunei has a tropical rainforest climate and it is hot and humid all year round. The most rainy months are November and December. The humidity is high all year: approx. 80 percent.

Little is known about Brunei’s early history. It is known that in the 15th century, Brunei liberated itself from the Javanese Majapahit kingdom, became an independent Sultanate, and introduced Islam. In the 16th century, Brunei was an important trading center and a great power. The country included Borneo and the southern part of the Philippine island state.

In the following centuries, the Sultanate entered a period of decline. In the 19th century, the empire became trapped between British colonists, who took care of the country’s territory. In 1888, the Sultans decided that it was best to stand under the protection of Britain. The country became a British protectorate, but the sultan remained the religious head.

After a period of Japanese occupation during World War II, Brunei gained more and more autonomy from Britain. In 1959 the country got its own constitution. Democratic parliamentary elections were held in 1962. When the sultan did not convene the newly elected parliament there was an uproar. The Sultan introduced a state of emergency, which violated much of the Constitution. No elections have been held since. For Britain, it became increasingly embarrassing to emerge as the staunch protector of an obsolete sultanate, and Brunei became independent in 1984.

Brunei is a sultanate. The country’s constitution gives the Sultans a lot of power, but Brunei should also have a legislative assembly. Following the country’s independence, the Sultan closed the parliament, and the state of emergency has been renewed every year since 1962. In practice, therefore, the country is a monarchy of monarchy.

The country is ruled by Sultan Hassanal Bolkiah. He appoints his own government and is prime minister, finance minister and defense minister. The rest of the government consists mostly of family members.

Since 2004 Parliament has met a few times a year. At the same time, the Sultan changed the constitution, so that he himself appoints 30 of the 45 members of parliament. Whether or when elections for the remaining seats in parliament are to be held is unclear.

Brunei is considered one of the most politically stable countries in Asia, but with very limited democratic rights. The media is considered the sultan family’s voice. Freedom of speech, assembly and organization are severely limited and women’s rights are restricted. Islam has gained an increasing place in society, and Sharialover has been introduced.

In the 1970s, Brunei became the richest state in Southeast Asia, thanks to the country’s huge oil resources. Today, oil and gas resources account for just over half of GDP, and more than 90 percent of the country’s exports. Brunei’s leading trading partners are Japan, Singapore, Malaysia, South Korea and the United States. Production of raw rubber, which was previously the country’s most important source of income, is of little importance today.

The state employs about half of Brunei’s manpower, and about 40 percent work in the oil and other industries. The oil wealth has given the people a high standard of living. In Brunei, all citizens receive free health care and education and they pay no income tax.

Brunei’s wealth, oil and gas resources are finally coming to an end. Therefore, the government is trying to make the country’s economy more versatile and less oil dependent. Brunei wants to profile itself as a financial center, as well as a destination for luxury and ecotourism. However, there is no sector that looks to be able to replace oil and gas in the near future.