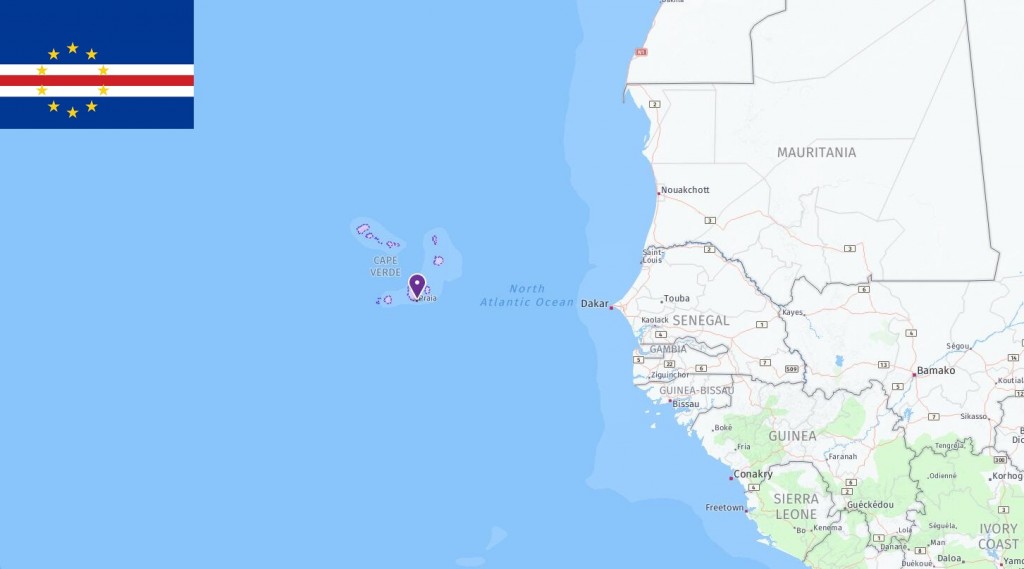 The most commonly used abbreviations about Cape Verde are CV which stands for Cape Verde and CVE which means Cape Verdean escudo (Cape Verde currency). In the following table, you can see all acronyms related to Cape Verde, including abbreviations for airport, city, school, port, government, and etc. 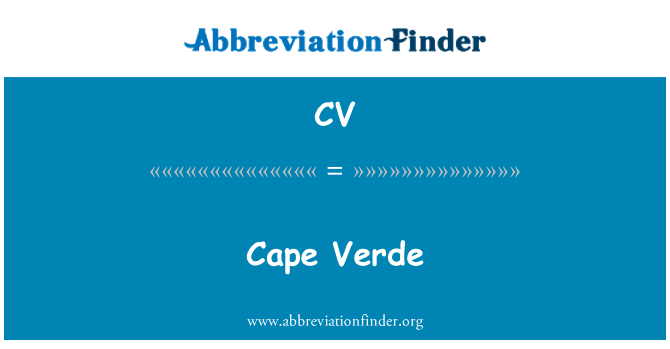 Cape Verde is a small country off the coast of West Africa consisting of 15 islands, of which nine are inhabited. The capital Praia is located on the largest island of São Tiago.

The land is of volcanic origin, and the islands are made up of many mountains and rocks. It grows very little on the islands, there are some green oases, most often with banana crops. The archipelago lies in the extension of the Sahel belt in Africa and is relatively often exposed to drought. It is not uncommon for one to be without rain for 8-9 months of the year. Between 1968 and 1984, it hardly mattered at all.

Cape Verde has both soil and water shortages. This is also why so many have settled abroad. Less than ten percent of the land area is suitable for agriculture, and in addition the water shortage makes Cape Verde dependent on buying food from abroad.

The uninhabited Cape Verde Islands were discovered and colonized by the Portuguese in the 15th century. Because of the strategic position of the islands, they were used as a staging post for the slave trade to Latin America and Europe. The slave trade was banned in 1876, and together with a severe drought it led to an economic downturn. During the colonial period, relatively many received education from Cape Verde, and they were used in administration in other colonies. The archipelago’s status was changed from colony to overseas province in 1951, and in 1961 all inhabitants were granted Portuguese citizenship. In the period before independence in 1975, the idea of ​​a union between Guinea and Cape Verde was alive, but all plans were thrown into ruin when the Guinean government was overthrown in 1980.

After independence in 1975, Cape Verde had long been a one-party system ruled by the party: “Cape Verde’s African Independence Party” (PAICV). They pursued a socialist but practical policy. Protests from the church and highly educated groups in the population led to PAICV giving up its political monopoly in 1990. The following year, two parties could be chosen: PAICV and the bourgeois party “Movement for Democracy (MPD)”. The MPD triumphed in the elections in 1991. The two parties have then exchanged government power over the years through free and independent elections.

The country enacted a new constitution in 1992 which defines the country as a parliamentary democracy with multi-party government and with a president who is head of state. There are elections every five years.

Cape Verde has always been an important hub for shipping between Europe, Africa and Latin America. The country became the first of the five Portuguese-speaking countries in Africa to introduce democratic governance, and is considered one of the most stable countries in the region. Despite economic development, roughly one in four canine values ​​live below the national poverty line, and there are large differences between the population.

Health has long been a priority area for the authorities. Almost everyone has access to health services, life expectancy has increased from 49 years in 1960 to 75 years in 2015. The country also has a welfare system that most people have good access to. The biggest challenge is access to clean water, which has led to cholera outbreaks on a regular basis. Population growth has been kept down with emigration as a result of drought.

Cape Verde has had good economic development since independence in 1975. In 2008, the UN stopped counting Cape Verde as a developing country. But the scarce soil, drought and lack of natural resources set a natural limit for development. The country produces little. The small trade that exists is in shoes, clothes, fish and shellfish. Since the conditions for producing in agriculture and industry are so poor, it is in particular the tourism industry that accounts for income.

An important contribution is money sent home by race carriers living abroad. Cape Verde’s largest revenue nevertheless comes from aid. For a long time, aid accounted for 90% of the state budget. The country that gives the most money to Cape Verde is Portugal, but the World Bank, the EU, the Netherlands and the US are also contributing.

Unemployment is the most important challenge for the country. The downturn in the EU around 2014 led to lower trade with the EU countries, but the arrows are now pointing upwards again. It is hoped that development in the tourism industry can make the country less dependent on aid, and large scale hotels are being built on all the islands.