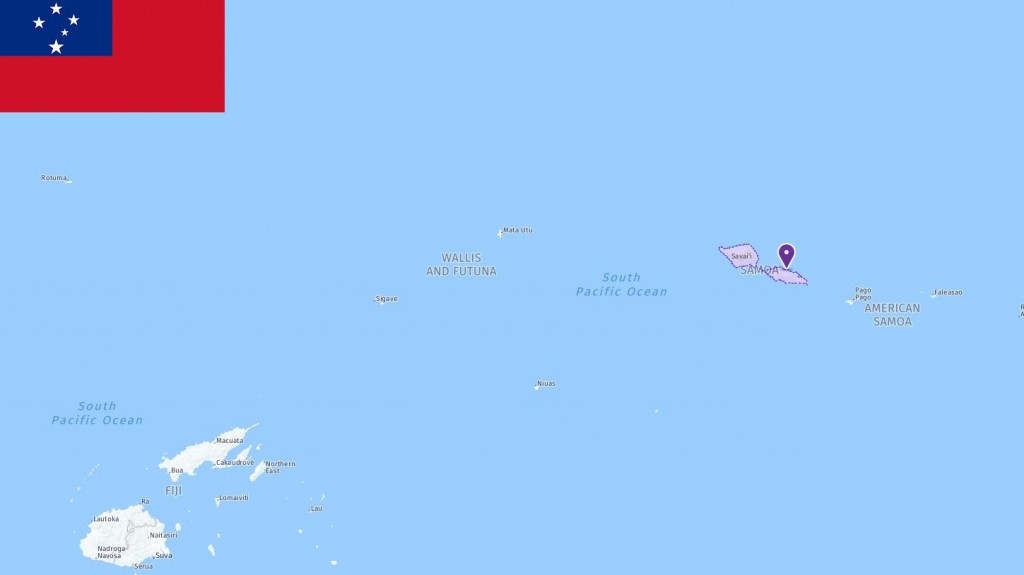 The most commonly used abbreviations about Samoa are WSM which stands for Samoa and WST which means Tala (Samoa currency). In the following table, you can see all acronyms related to Samoa, including abbreviations for airport, city, school, port, government, and etc. 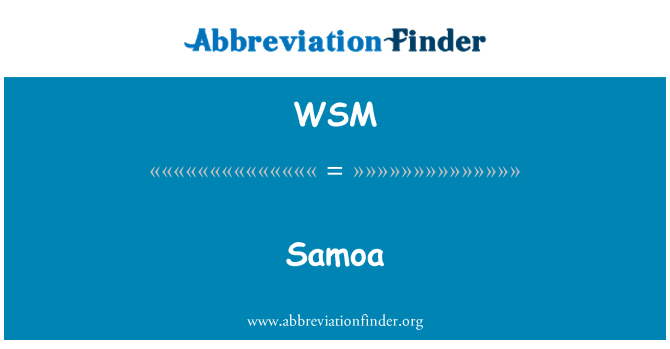 Samoa consists of the main islands of Savaii and Upolu, as well as seven smaller islands in Polynesia. The main islands are the remains of ancient submarine volcanoes, which rise to 1858 meters above sea level. at the highest. The islands consist of lava and are protected by coral reefs along the coast. Evergreen rainforest covers all the islands, and several crater lakes lead to many rivers and waterfalls. In low lying areas, nature is characterized by swamp and mangrove forests. At Savaii there are several large, barren lava areas. The climate is tropical hot and humid throughout the year, with small day and season variations. The is a great deal of rainfall in November to April, while the driest months are from May to August.

Samoa is regularly exposed to powerful and destructive tropical cyclones. Due to the rising sea temperatures globally, cyclones occur more frequently today than before. Deforestation and intensified agriculture have also led to strong soil erosion. This results in less cultivable soil, at the same time as the eroded soil is flushed into the sea and destroys the coral reefs. Coral destruction, along with overfishing, has significantly reduced fish stocks and contributed to the underwater environment deteriorating.

Samoa was settled around 1500 BCE. It is believed that the first settlers were seafarers from Southeast Asia. The indigenous people practiced farming and fishing, made pottery tools and had close trade relations with many of the neighboring islands. Around 950 AD, parts of Samoa were conquered by the mighty empire of Tu’i Tonga. The kingdom was ruled from the island of Tongatapu in Tonga, covering an area of ​​over 3 million square kilometers, extending over the western and central parts of Polynesia, as well as parts of Melanesia and Micronesia (in comparison, Scandinavia is less than 1 million square kilometers). Throughout the 16th century, Samoa became the main seat of the empire, and power was shared between a Samoan and a Tongan royal family.

Samoa is a parliamentary monarchy. The head of state is a king elected by parliament for five years at a time. The executive power lies with a government that is ruled by a prime minister. The Prime Minister is determined by Parliament. Parliament consists of 49 people elected in general elections every five years. 47 of the parliamentarians are elected from the country’s local chieftains, while the remaining two must be non-Samoan. At least 13 of the MPs must be women. Samoa has maintained a close political bond with New Zealand. Among other things, New Zealand represents the country in international organizations and is responsible for its security.

Samoan society is strongly influenced by traditional cultural norms and rules. Most Samoans live in villages with a high degree of autonomy. The villages are divided into large families, each governed by a head of the family (chief). Both men and women can get the chief title. Each chieftain controls the family’s land and fishing area, ensures that laws and regulations are followed, and can judge family members if they commit offenses. Men and women are equal within the laws of the country, but traditional gender roles mean that women are underrepresented in politics and in working life.

Samoa’s economy is relatively poorly developed and has largely been based on fishing and agriculture for its own consumption. The industrial sector is growing thanks to foreign investors and low taxes for export-friendly industry. Since the 1990s, tourism has grown sharply, and growth in this industry is expected to continue. Despite economic growth, the country is completely dependent on international aid. Around a third of the country’s gross domestic product comes from aid, mainly from New Zealand and Australia. As Samoa imports a lot of food, oil and consumables, the country has a large trade deficit (they import more than they export). The most important export products are fish, coconut products and tarot (a root vegetable).

Samoa’s economy was severely weakened in 2009 when the country was hit by a large and devastating tropical cyclone. Large agricultural areas were destroyed, tourism stopped, and the material destruction was enormous. Since the cyclone, the economy has enjoyed steady growth, but the country is still very poor and underdeveloped. Nearly 27 percent of the population lives below the national poverty line. The weak economy and the lack of economic development have led to a large emigration to New Zealand, Australia and the United States.