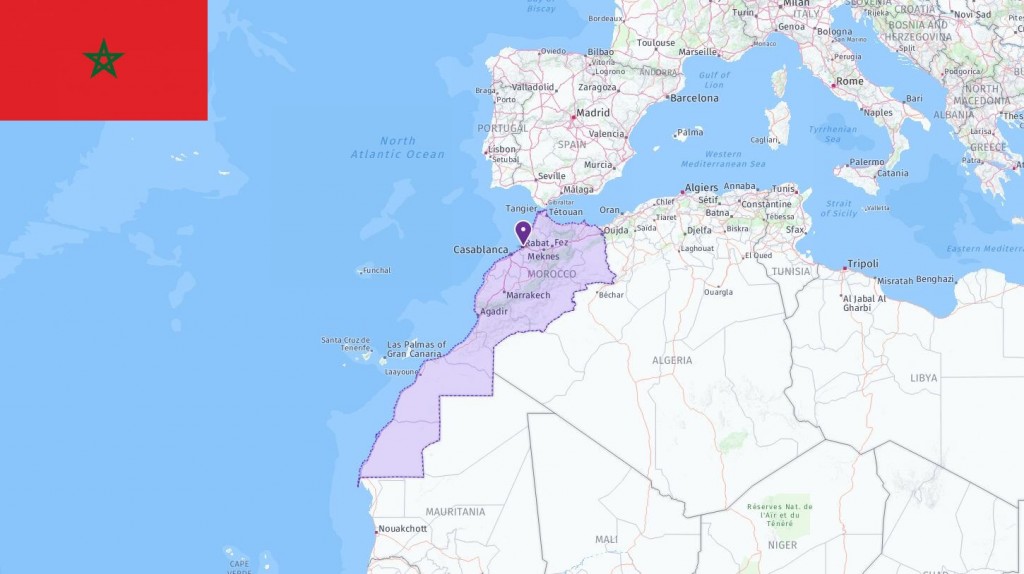 The most commonly used abbreviations about Morocco are MA which stands for Morocco and MAD which means Moroccan dirham (Morocco currency). In the following table, you can see all acronyms related to Morocco, including abbreviations for airport, city, school, port, government, and etc. 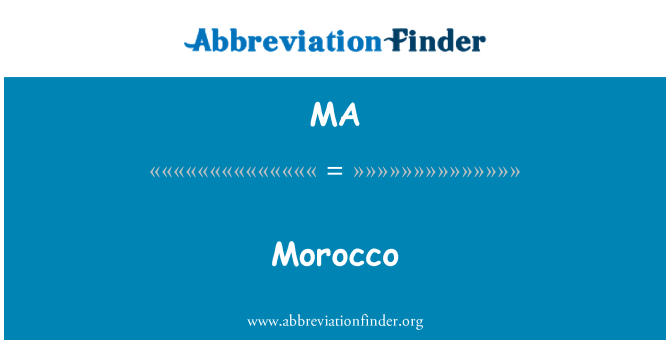 Morocco is the only country in Africa located both on the Mediterranean and the Atlantic Ocean. North of Morocco lies the important Strait of Gibraltar, which connects the two seas with each other. Morocco is a mountainous country where the Atlas Mountains extend throughout the country. Large parts of the population live north of these mountains. South of the mountains we find the Sahara desert, which is sparsely populated. Further south is also the disputed area of ​​Western Sahara.

Morocco has a warm and temperate climate along the coast, while the mountains have inland climates with cold winters and hot summers. From environmental problems, drought, water shortages and soil erosion are major challenges, as well as pollution from industrial activities.

Morocco’s history stretches back approx. 400,000 years ago, ancient fossils from human ancestors have been found from that time. The Berbers (even they call themselves the Imazighen) are considered to be indigenous people of the country, who settled in the region more than 5,000 years ago. Around 700, the entire North African region was conquered by Arab Muslims, who left the area under their caliphate.

European superpowers’ interest in Morocco began in the 1400s, and Portugal and Spain occupied several cities on the Atlantic coast to control maritime trade. Morocco still remained an independent Sultanate, and has been ruled by the Arab Alawi dynasty since the 17th century, which is said to trace its roots back to Prophet Mohammed.

An increasingly powerful France threatened the country beyond the 19th century and in 1912 the Sultan and France signed an agreement that made parts of the country a French protectorate where the king sat. A nationalist movement emerged in the 1930s, but Morocco did not become an independent kingdom until 1956. In 1979, Morocco occupied the area known as Western Sahara, and has since opposed the independence of the former Spanish colony.

According to the Constitution, Morocco is a constitutional monarchy with a parliament. The king has a lot of power. He is commander-in-chief of the military forces, the country’s religious leader and has the duty to appoint the prime minister. The country consists of 16 regions with each governor. The country is considered a relatively democratic society today, with several parties and elections.

In 2011 during the Arab Spring, demonstrations demanded democratization in various places in Morocco. In addition, people protested against limited civil rights, widespread corruption, economic challenges and growing social divisions. As a result, reforms were implemented and amendments to the Constitution were passed which gave Parliament a little more power at the King’s expense.

Morocco’s foreign policy is characterized by the conflict with Western Sahara and the nationalist movement Polisario. The conflict has led to partial isolation from a number of states in Africa and the Middle East. Morocco has traditionally good relations with the West and close cooperation with the EU.

The Moroccan economy is stable, but with little growth. The country has reformed, among other things, to create new jobs. Particularly in cities, unemployment is a major economic and social problem.

The service sector accounts for half of GDP and is extra important in cities and places frequented by tourists. In addition, currency transfers (referrals) from Moroccans abroad are important sources of income.