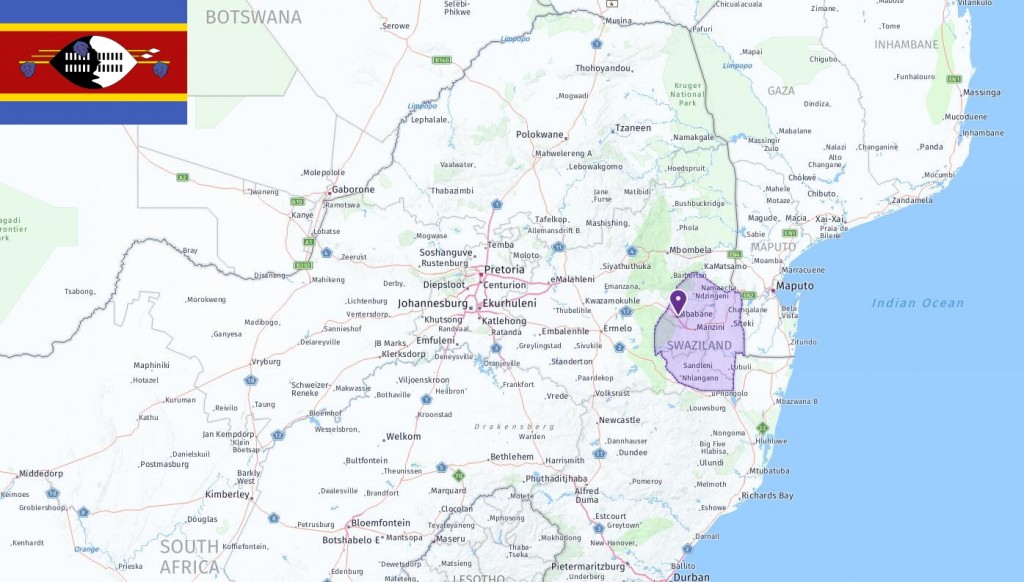 The most commonly used abbreviations about Swaziland are SZ which stands for Swaziland and SZL which means Swazi lilangeni (Swaziland currency). In the following table, you can see all acronyms related to Swaziland, including abbreviations for airport, city, school, port, government, and etc. 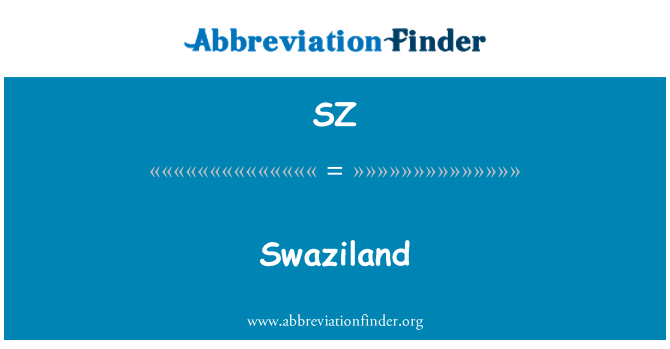 ESwatini is a small inland state on the border between South Africa and Mozambique. To be a small country, eSwatini has a varied landscape. Along the border with Mozambique, the landscape is characterized by the Lebombo mountain range. To the west, the landscape consists of a high-lying savanna. In the south-east of the country lies a lush lowland, while the northeastern part of the country is covered by rainforest. Several large rivers flow from west to east. ESwatini mainly has a subtropical climate, but due to the mountains there are large variations in temperature and rainfall.

In recent years, the country has been plagued by long periods of drought. This has created problems for agriculture, and many people living in rural areas have had difficulty getting food and clean drinking water. In addition, overwork has led to soil erosion.

People have lived in eSwatini for over 250,000 years. Findings show that simple mining and trading occurred in the area already 40,000 years ago, some of the world’s earliest examples of such activities.

The eSwatini kingdom was first established in the early 1800s under King Sobhuza I. It was during his regime that the country was named Swaziland after the Swazi bantam tribe, which had begun to immigrate to the area in the 1400s. In the 1890s, the Dutch Republic of Transvaal tried to take control of the country, but failed. After the Boer War, which lasted from 1899-1902, Swaziland became a British protectorate. The country first became independent in 1968, and the monarchy was restored. The political situation has since been characterized by the struggle between the monarchy and advocates of a more democratic system of government. In 2018, the king decided that the country should change its name from Swaziland to eSwatini.

ESwatini is a monarchy in which the king in practice has all power. Despite a legislative change in 2006 in which more civil rights were passed, the king still has absolute power. The king is the head of state and appoints the country’s government. Many of the ministers – including the prime minister – belong to the royal family. The king also has a council, the Swazi national council, which he appoints himself. In addition, the king owns all the land throughout eSwatini. There is a parliament, which in theory should pass the laws of the country. However, the king can veto all bills, thus stopping laws from being passed. The monarch can also dissolve parliament whenever he wants.

The community of eSwatini is divided into a complex clan system where an aristocracy largely determines the rank and position of the inhabitants in the community. Women have a low position in society, and traditional rules and norms help to discriminate against women. LGBTI + persons are also regularly oppressed and discriminated against. ESwatini is one of the countries in the world most affected by HIV/AIDS. Today, around 30 per cent of the population aged 15-49 is infected with HIV.

ESwatini is strongly characterized by great differences between poor and rich. Around 70 per cent of the population is suffering from food shortages, and over 40 per cent of the country’s inhabitants live in extreme poverty. Despite this, eSwatini has a relatively high gross domestic product per capita compared to other African countries. However, the money is very evenly distributed between a few very wealthy people and the poor majority.

The majority of the population live in the countryside and work in agriculture. Large plantations produce sugar cane, corn, citrus fruits and cotton for export. The poor part of the population runs small farms and mainly produces for their own consumption. Sugar is the country’s most important source of income.