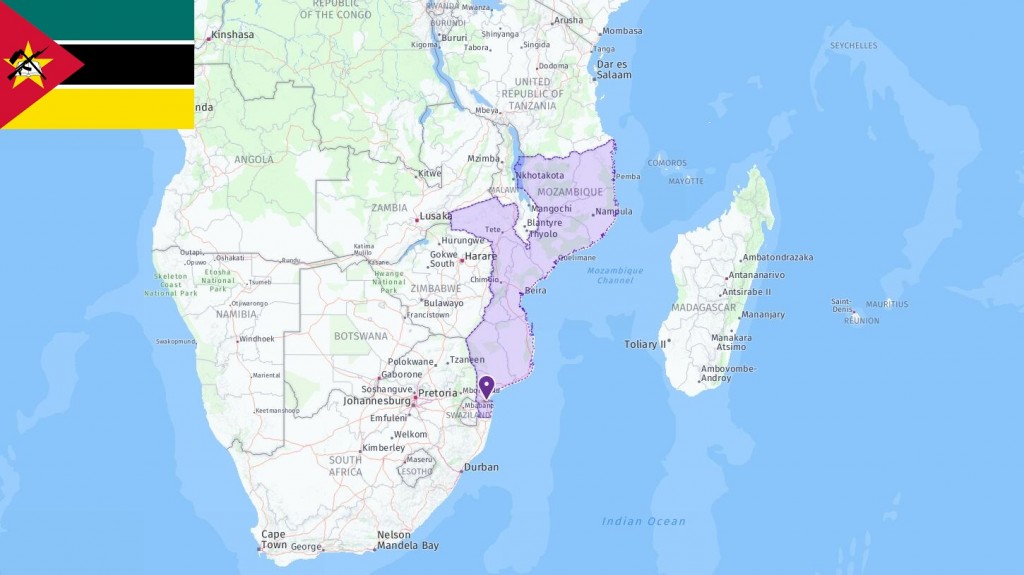 The most commonly used abbreviations about Mozambique are MZ which stands for Mozambique and MZN which means Mozambican metical (Mozambique currency). In the following table, you can see all acronyms related to Mozambique, including abbreviations for airport, city, school, port, government, and etc. 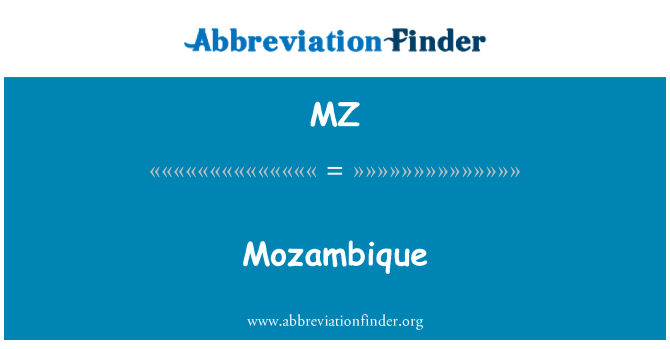 Nearly half of Mozambique is low-lying coastal landscape, rising in a high plateau to the west. The highest mountains are located here, at the border with Zimbabwe: Namuli (2419 masl) and Binga (2436 masl). The most important rivers are Zambezi, which flows into the Indian Ocean, Limpopo in the south, Save inland and Lugenda in the north. The country’s largest lake is Lake Njassa at the western border. The soil around the rivers is fertile and suitable for agriculture.

The southern and central parts of Mozambique consist mainly of dry savanna. The country has been exposed to both drought and flooding. Deforestation is also an environmental problem, which exacerbates flooding because the water is not absorbed from the ground. Comprehensive new planting projects have helped to curb deforestation. Only 47 percent of the population had access to clean water in 2008.

The first inhabitants of Mozambique were probably San people, but today’s population is mainly descendants of immigrant Bantu people. When the Portuguese seafarer Vasco da Gama’s ship reached Mozambique in 1498, Arab trade settlements had existed along the coast and on the islands off for several centuries. Portugal gradually gained control of Mozambique and the gold trade there, and the whole country was subject to Portugal closer to 1920.

After World War II many colonies were liberated, but Portugal retained theirs. The “Frelimo” resistance movement originated in Mozambique, and in 1964 an armed liberation war began. After political changes in Portugal and ten years of war, Mozambique became an independent state in 1975.

Frelimo founded a one-party socialist system and allied with the Soviet Union. Renamo was formed in 1975 as a military resistance group against Frelimo and received support from Rhodesia (today’s Zimbabwe) and the apartheid regime in South Africa, because neighboring countries feared the spread of communism. A civil war was going on from 1977 to 1990, when the apartheid regime in South Africa was weakened. A peace agreement was signed two years later.

Mozambique is a unified state republic after the 1990 constitution. The president is head of state, elected for five years and with the possibility of re-election once. The president is also the commander-in-chief of the military and appoints the prime minister. Legislative authority has been added to parliament, which has 250 members. Since 1994, the country has held free elections, but electoral fraud has been very problematic, and Mozambique is not a democracy.

The country’s politics are characterized by the political parties Frelimo and Renamo. Frelimo has ruled since the state became independent. The political situation is considered to be stable and the country has improved its economic situation.

During the War of Independence (1964-75) and the civil war that followed, many land mines were planted in Mozambique. Floods and storms spread the mines across nearly 70 percent of the country, killing thousands. In 2015, the last of the 170,000 mines was finally removed. The biggest societal challenges in Mozambique today are poverty, corruption and the disease HIV/AIDS.

Mozambique is among the world’s poorest countries, but the economy has recovered considerably since the early 1990s. Mozambique has had one of the highest growth rates in Africa, and at the same time has been able to point to developments in several sectors, such as education and health. The authorities are trying to secure growth with new economic reforms, foreign investment, and by stimulating sectors such as agriculture, transport and tourism.

Despite stable economic growth, Mozambique is still one of the worst performing countries on the UN Human Development Index. The proportion of poor people in the country fell from 69 per cent in 1997 to 54 per cent in 2008, but still more than half of the population lives in poverty. Mozambique depends on assistance from other countries.