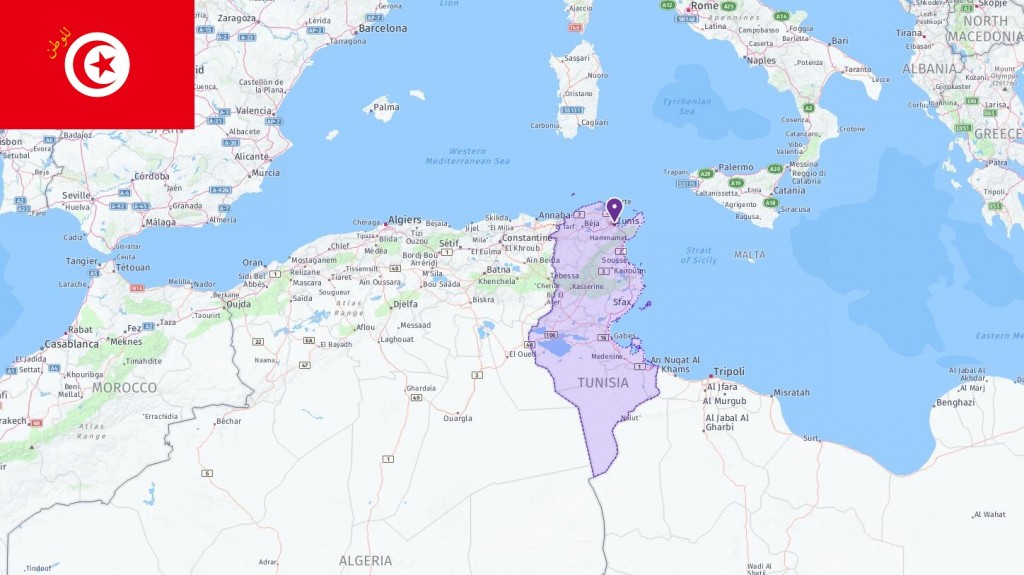 The most commonly used abbreviations about Tunisia are TN which stands for Tunisia and TND which means Tunisian dinar (Tunisia currency). In the following table, you can see all acronyms related to Tunisia, including abbreviations for airport, city, school, port, government, and etc. 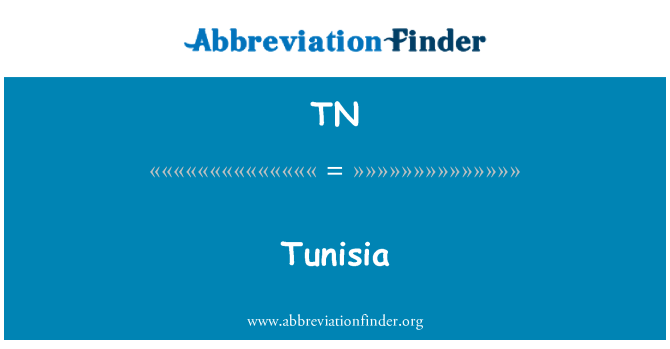 Tunisia is a country of varied nature. In the northwest dominates the Atlas Mountains, which are wooded in several places. In this area lies the fertile Medjerda Valley, the country’s most important agricultural area. In the north of the country is a wetland area listed on UNESCO’s World Heritage List. The middle part of the country consists of steppe landscape, mountain plateaus and salt lakes. In the south, the landscape turns into desert, and in the southwest begins the Sahara desert. The climate varies between Mediterranean climate with dry summers and wet winters in the north and along the coast, to desert climate with almost no rainfall in the south.

The country’s biggest environmental problems are emissions of pollutants due to poor waste management, and pollution of water due to poor sewage treatment. Other environmental challenges are related to deforestation, overgrazing, soil erosion and desertification. Tunisia also has limited access to fresh water and is therefore exposed to drought.

The Phoenicians established themselves in Tunisia in the 8th century BCE. They traded and founded the city of Carthage, which became an economic and military superpower. Carthage was incorporated into the Roman Empire around 150 BCE. and evolved to become the headquarters of the Roman province of Africa. The rise of Islam spread to North Africa in the 600s, possibly ending with Carthage’s fall in 698.

After independence, the monarchy was abolished and the country became a republic. Lack of a functioning democracy led the country into a long period of dictatorship and economic decline. The dictatorship continued until 2011, when the so-called “jasmine revolution” took place. Large demonstrations and riots forced the dictator to step down, and a new elected governor was deployed. In this connection, a new democratic constitution was adopted and put into effect in 2014.

After many years of one-party rule and dictatorship, Tunisia passed a new constitution in 2014, in which a president-elect and a prime minister share the executive power. The President and Parliament are elected every five years. The President is responsible for the national security and foreign policy. The prime minister is elected by the president and is responsible for domestic politics.

The country is considered to be the most democratic country in the Arab world, where women and men have equal rights. Despite the democratization of the country and the new legislative changes, the country is struggling with high unemployment and has not yet established a civil court. In addition, several of the proposed legislative changes have divided the population, such as the proposal for equal inheritance for sons and daughters. The country also has poor rights for sexual minorities, where homosexuality can be punishable by up to three years in prison.

The economic challenges in Tunisia are great. Heavy red tape, corruption and high unemployment, especially among young people, are major problems. The results of the government’s promises of new and improved economic development have not materialized.

The country has good conditions for economic growth in agriculture, tourism and export of goods such as olive oil. However, the recent unrest and widespread corruption have caused the country to attract fewer tourists and foreign investment than before. Agriculture is the industry that employs most, but productivity is low and efficiency is poor. Tourism has been particularly damaged by social riots and terrorist attacks. The most important export items are phosphate and petroleum.

On a national basis, Tunisia’s economy has grown in recent years. However, growth has been weak, and the geographical differences between the coast and inland have not diminished. Following the social and political riots between 2011 and 2015, the country has raised large loans from the International Monetary Fund, the World Bank and the African Development Bank. This has resulted in the country having high foreign debt, which will take a long time to repay.