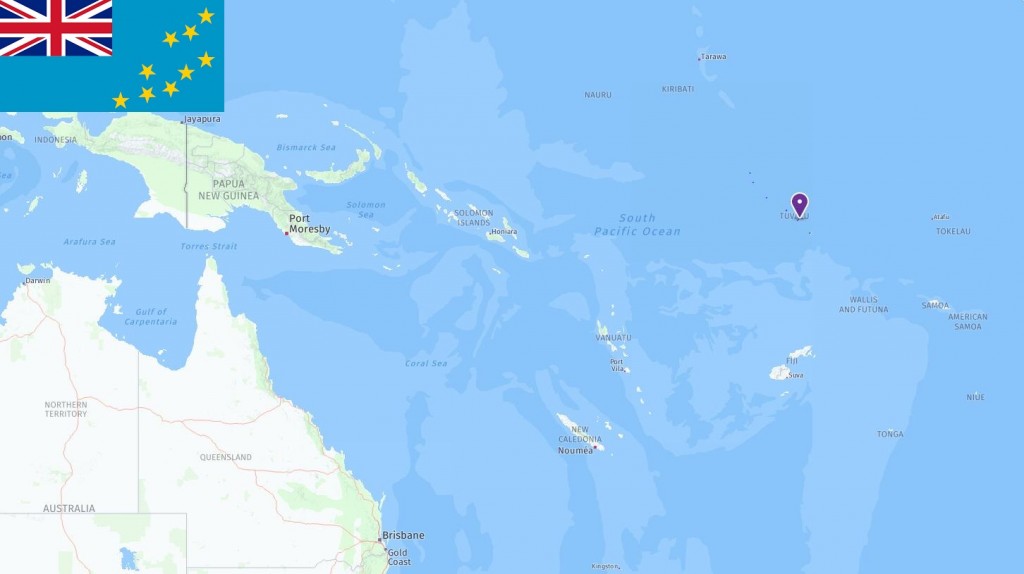 The most commonly used abbreviations about Tuvalu are TV which stands for Tuvalu and TVD which means Tuvaluan dollar (Tuvalu currency). In the following table, you can see all acronyms related to Tuvalu, including abbreviations for airport, city, school, port, government, and etc. 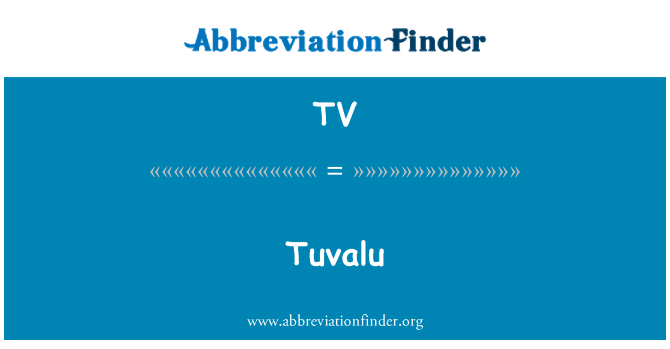 Tuvalu consists of nine small coral islands in the South Pacific. From the northwest to the southeast, the islands extend over an area of ​​about 60 miles. The islands are low and covered with grass, palm trees and ferns, with beaches along the coast. The highest point is only 4-5 meters above sea level. The country has poor soil not suitable for agriculture, and most of the fresh water comes from collected rainwater. The climate is tropical, with a lot of rainfall, frequent storms and few variations between seasons.

The greatest environmental challenges in Tuvalu are linked to the country’s low location. The country is in danger of disappearing altogether if the global sea level rise continues. In recent years, large parts of the country have been washed out into the sea as a result of tropical storms, extreme high tide and deforestation. On several occasions, extreme high tide has caused waves to flush across the country. The country’s dependence on collecting rainwater for use as fresh water has also made the island state very vulnerable to drought. Tuvalu actively participates in various environmental organizations to raise awareness of the threats facing them and to attract the help and support of major countries in the region.

Little is known about Tuvalu’s older history. Archaeological finds suggest that there may have been human activity on the islands for more than 3000 years. Before the islands became known to the outside world, there was already extensive contact between neighboring islands Samoa and Tonga, and the smaller Tuvalu Islands. Europeans discovered the islands for the first time in the 16th century, but not until the 19th century were the islands regularly visited and associated with European colonial powers.

At the beginning of the 20th century, the islands became part of the British colony of the Gilbert and Ellice Islands. The colony consisted of the Micronesian Gilbert Islands (present-day Kiribati) and the Polynesian Ellice Islands (present-day Tuvalu). The cultural, linguistic and ethnic differences made the colony little unified. After several years of ethnic conflicts, the Ellice Islands were separated from the colony in 1974, and in 1978 the islands gained their independence under the name Tuvalu.

Tuvalu is a parliamentary democracy in the Commonwealth of Nations. The head of state is the British monarch, represented in the country through a local governor general. The executive power lies with the prime minister and the government. The Prime Minister is elected by and from Parliament. Tuvalu has had a stable and well-functioning democracy since independence. The most important political battle is to fight global climate change, which threatens to wipe out the entire country.

Many Tuvalers outside the largest atoll live in traditional communities where family and relatives are the most important networks. School is free and compulsory for all children. The health care system is underdeveloped, but in severe cases, Tuvalers can receive state-covered treatment in hospitals in Fiji. Due to the country’s few natural resources and small land area, the strong population growth in recent years has presented great social challenges. Since 1980, the population has more than doubled.

Tuvalu is one of the world’s least developed countries, but is known for having a tidy economy with balance in the state budget. The only export is dried coconut, and the population lives largely on fishing and simple farming. More than 25 per cent of the population lives below the national poverty line. Poverty is particularly widespread on the islands and atolls farthest from the capital of the Atafuti Atoll.

The country’s isolated location means that tourism is very small. A significant portion of the gross domestic product comes from money sent home from emigrants. The authorities receive some revenue from the sale of coins, stamps and fishing quotas, but the country is dependent on international assistance from Taiwan, Japan, New Zealand and Australia. The country also earns revenue from leasing the national internet domain (.tv) to foreign companies.