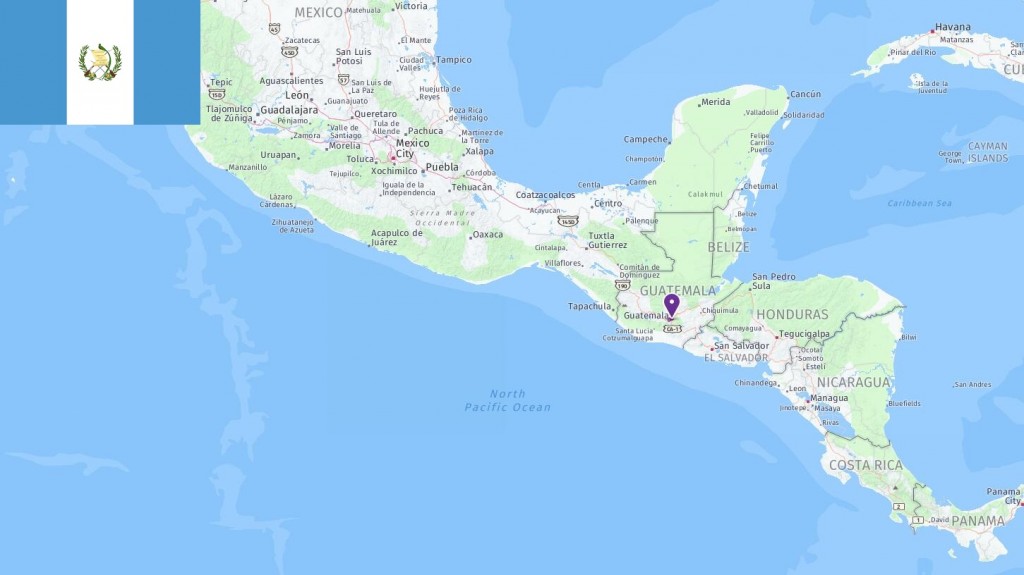 The most commonly used abbreviations about Guatemala are GT which stands for Guatemala and GTQ which means Quetzal (Guatemala currency). In the following table, you can see all acronyms related to Guatemala, including abbreviations for airport, city, school, port, government, and etc. 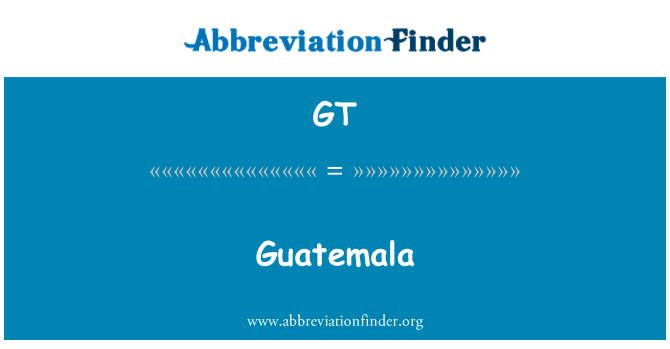 Over half of Guatemala’s area is covered by a highland area. Two mountain ranges characterize the country’s topography – Sierra Madre in the south and Altos Chuchmatanes in the north. Sierra Madre has 33 volcanoes, three of which are active. There is also Central America’s highest peak, Tajumulco, at 4220 meters above sea level. Along the Pacific coast there are large fertile plains. In the north of the country there are large lowland areas with rainforests and grasslands. The climate varies widely between the different areas of the country. Along the coasts and to the north, there is a tropical climate, and along the Caribbean coast there is much rainfall year-round. In the central highlands it is cooler.

Deforestation and harvesting of the rainforest is a major environmental problem in Guatemala. The consequences are soil erosion and the country’s biological diversity is under threat. Water pollution is also a major problem, and in rural areas, less than half of the population has access to clean drinking water. Guatemala is regularly exposed to earthquakes. In 1976, the capital of Guatemala City was hit by a major earthquake that claimed up to 30,000 lives.

There are traces of human activity in Guatemala from 12,000 BCE. However, the first inhabited communities are dated to around 2000 BCE. From these communities, the Mayan culture grew and became the largest of the game Central American cultures. In its heyday, between 300-900 AD, the culture developed advanced mathematics, architecture and time accounting, and built magnificent temple towns.

In the 1520s, the Spaniards came to the area. Many Mayan people died early of new diseases that the Spanish brought. Those who survived were colonized by the superior Spanish military. Until the area gained independence in 1821, the indigenous people were brutally oppressed and exploited as slaves. Guatemala became fully independent in 1838, having belonged to both Mexico and the Central American Union.

After independence, the United States gained much power in the country through their large plantations, which were Guatemala’s most important source of income. Political riots led to a US-backed military coup in 1954. The riots continued, and in 1961 a violent uprising began a 36-year civil war. The war killed over 200,000 people, mainly indigenous people. A peace agreement was signed in 1996, but the country has since been strongly characterized by extensive crime, violence, corruption and major political upheavals.

The 1996 peace agreement promised indigenous people stronger protection in the Constitution, but the constitutional changes have not yet come. The same applies to the promise to reduce the military’s power by law. The culture of violence that emerged during the civil war is a major problem in Guatemala even today, and gang and drug crime in particular is widespread. In addition, corruption is widespread in both politics and the judiciary.

Guatemala’s society is strongly characterized by great economic and social differences. Child malnutrition is very widespread, and human rights violations are a major problem in the country. The rights of minorities such as LHBTI + are not statutory, and the country’s indigenous population is often suppressed. The indigenous population also constitutes the majority of the country’s poorest population. Women’s position in society is characterized by widespread oppression, violence and a lack of freedom. Women are under-represented in the labor market and in politics. Guatemala is one of the highest-ranked countries in terms of death from violence against women.

Guatemala is one of the countries in the world with the greatest economic difference between poor and rich. Nearly 60 percent of the population lives below the national poverty line. Agriculture has long been the most important industry in the country, and there are still many working in this sector. However, since the turn of the millennium, the service sector has taken over as the country’s most important source of income. More than half of the country’s total income comes from this.

Guatemala has a strong economy compared to other Central American countries. However, economic development is hampered by poor infrastructure, crime and a low level of education. Extensive corruption makes the country unattractive to foreign investors. The United States is the most important trading partner, but Guatemala also trades extensively with neighboring countries. The economy was hit because of the global financial crisis of 2008. The situation worsened the following year when it was drought, and the country had to receive foreign aid to prevent famine. Since 2010, the economy has improved.