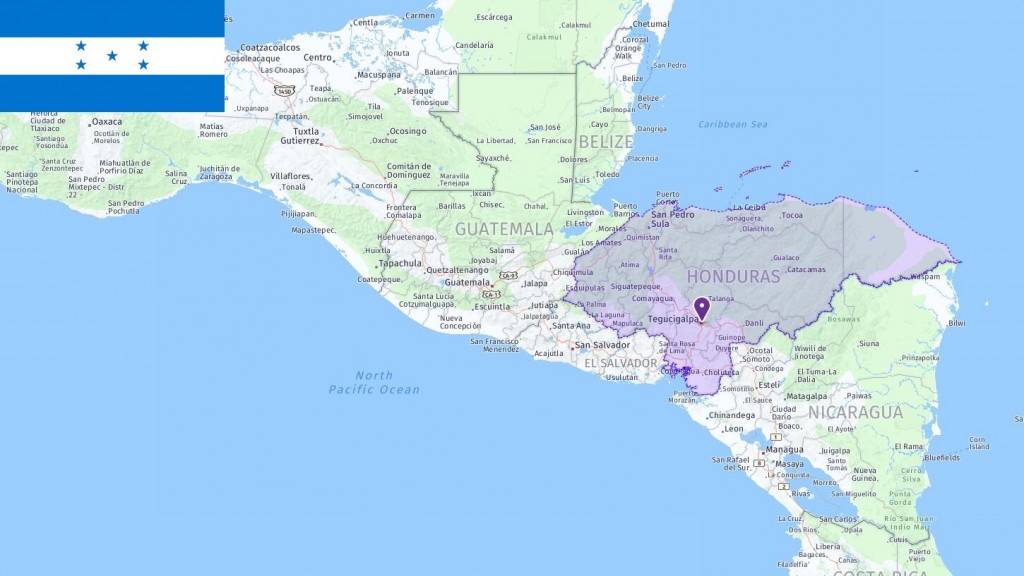 The most commonly used abbreviations about Honduras are HN which stands for Honduras and HNL which means Lempira (Honduras currency). In the following table, you can see all acronyms related to Honduras, including abbreviations for airport, city, school, port, government, and etc. 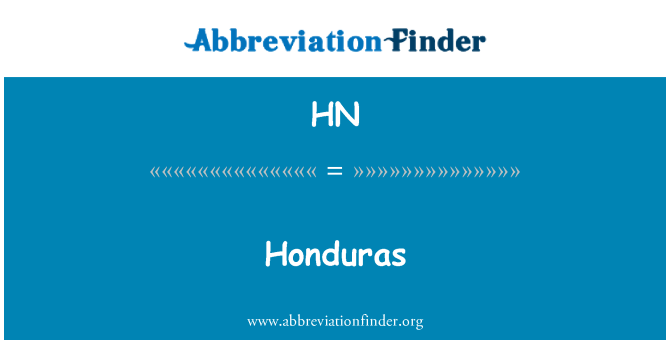 Northeast of the country there are rainforests, which are threatened by logging and expansion of agricultural areas. Deforestation also increases the risk of soil erosion. The country’s largest freshwater source, Lago de Yojoa, is contaminated by mining. On the coasts the climate is tropical. Inland it is drier and cooler.

The temperature is stable and varies only with the height. The country is exposed to heavy hurricanes and floods.

Honduras was early inhabited by various Native American people. The Mayan Indians settled in the western part of Honduras and developed advanced mathematics and time calculations. The Mayans had their high culture in the city now called Copán.

Kristoffer Columbus arrived in 1502, and within a few decades Honduras was incorporated into the Spanish Empire. From 1570 the country was ruled from Guatemala along with other Spanish colonies. These countries formed a loose federation after becoming independent from Spain in the 1820s. However, the cooperation did not last long, and in 1838 Honduras became an independent republic.

The Liberals and the Conservatives have since alternated between being in opposition and in position. With the exception of a short period (1957-1963), the entire country’s modern history has been characterized by military control. An attempt to separate the civilian and military power that started in the 1990s proved unsuccessful when the country’s president was deposed in a new military coup in 2009.

Under the 1982 Constitution, Honduras is a democracy in which the president has executive power, parliamentary legislative power, and judiciary power. However, the influence of the military continues to influence the politics of the country. Both during and after the 2009 coup, Honduras has undergone several political crises, where the president, parliament and courts have been in conflict with each other.

Ever since the beginning of the 20th century, the two right-wing parties, the Liberal Party and the National Party, have dominated politics. In recent decades, some smaller parties have established themselves and been elected to the National Assembly.

The justice system is weakened by corruption, organized crime and violence are growing, and Honduras has been voted several times the world’s most dangerous country not at war. Violence against women is a widespread and growing problem.

Honduras is said to be the source of the word “banana republic”. The economy depended for a long time on a few export products, banana and coffee. In 1998, the country was hit by Hurricane Mitch, which destroyed 70 percent of banana plantations and large parts of coffee production. The economy suffered a serious blow, but gradually recovered with great help from abroad. The neighboring trade blockade after the 2009 coup d’état, as well as the global financial crisis, led to yet another economic downturn.

Today, American factories in particular account for a large part of exports. The factories are located in tax-free zones. Money that emigrated Hondurans send home to their families is important to the country’s economy. More than half of the population lives in poverty.