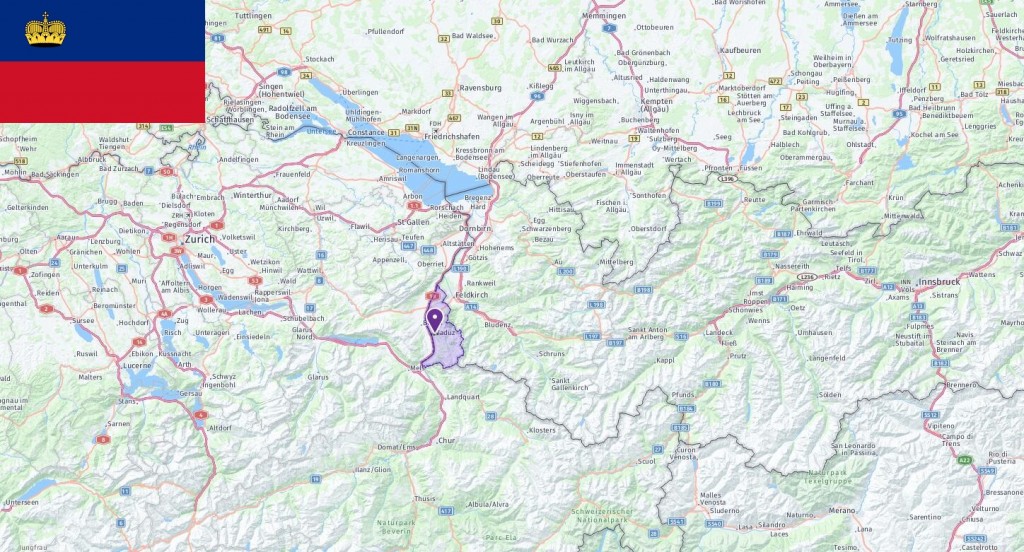 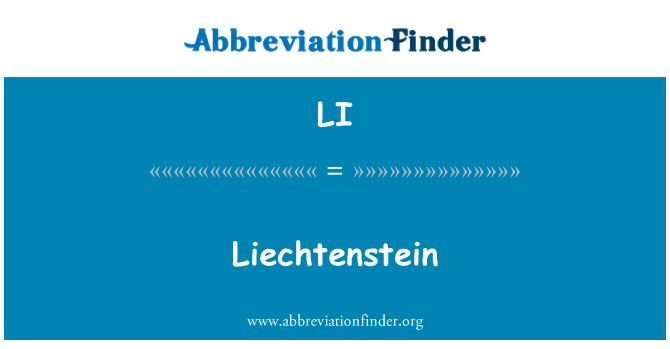 Liechtenstein is sandwiched between Austria and Switzerland, and is one of Europe’s smallest countries. The country is approx. 25 km long and 10 km wide. It consists of a flat plain on the eastern side of the upper Rhine, and the western part of the Rathian Alps. The 6 km wide plain is approx. 450 masl It was formerly swamp land, but was drained and laid out on cultivable land in the 19th century. The mountains, which consist of limestone, reach an altitude of 2599 meters.

In ancient times, the area that today is Liechtenstein was part of the Roman province of Rhaetia. During the migration period in the 400s AD Germanic settlers settled in the area, which eventually became part of the German-Roman Empire. The Principality of Liechtenstein was formed in 1719. Then the Austrian princely family bought two counties and merged them. The country became completely independent in 1866. Until the end of the First World War, the country was closely linked to Austria. Later became Switzerland’s closest partner. Liechtenstein was neutral during World War II. In the post-war period, the country developed from being an agricultural nation to a rich industrialized country, and an important financial center.

In the early 2000s, a political conflict arose between Prince Hans-Adam (the country’s head of state) and the government. The conflict was based on what power the prince should hold. Following a referendum, the princess’s political power was strengthened in 2003, which received great international criticism.

Liechtenstein is a constitutional monarchy and a principality. Power has been inherited from father to son for hundreds of years. Parliament adopts laws, and the country has elements of direct democracy. Citizens can submit bills and ask for a referendum on matters Parliament has decided. At the same time, the country is the only monarchy in Europe where most of the power lies with the ruler. The prince decides who will sit in the government, he appoints judges and he can veto bills. Most recently in 2012, there was a separate referendum for the prince to retain his right to veto against referendums. Many believe that the prince guarantees stability in the country.

Liechtenstein is a relatively conservative country. Women first gained voting rights in 1984, and abortion is still criminalized. If a miscarriage occurs, both the woman and the doctor can be sentenced to prison sentences. Same-sex marriage is not allowed, since 2011, however, same-sex couples can register partnerships.

Liechtenstein is one of the richest countries in the world. During the post-war period, the country has gone from being an agricultural nation to a highly industrialized society. The economy is closely related to Switzerland. The two countries have long had a customs union. Government revenues are higher than expenditures and unemployment is low. Favorable tax rules are one of the reasons for the country’s economic growth.

Foreign companies, which are registered in Liechtenstein for tax reasons, constitute an important source of income. The country’s banks are known for discretion and secrecy. This has led criminals to launder money through bank accounts in the country. Other Western countries have demanded that Liechtenstein tighten control of the banks and lift the strict secrecy.