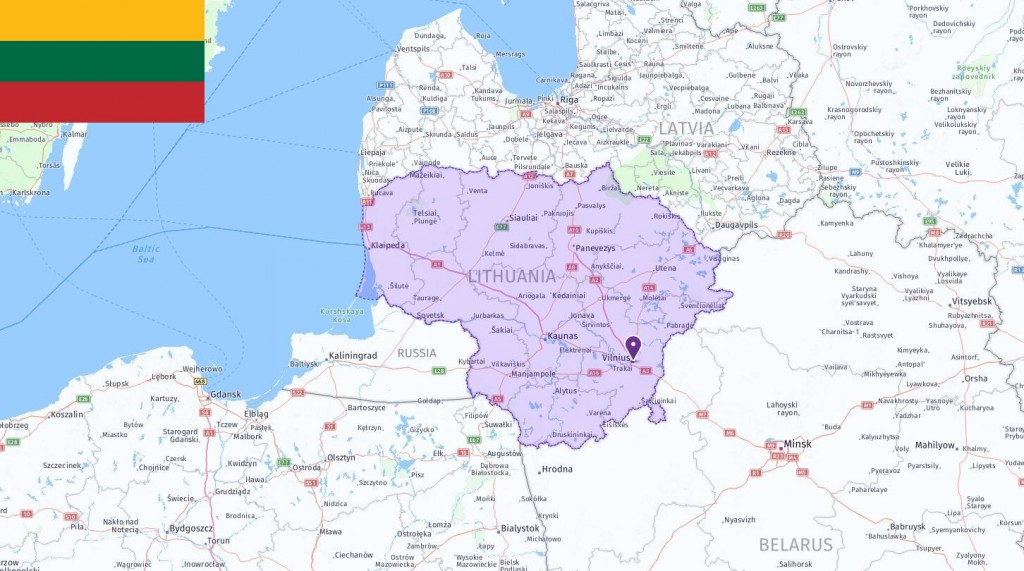 The most commonly used abbreviations about Lithuania are LT which stands for Lithuania and EUR which means Euro (Lithuania currency). In the following table, you can see all acronyms related to Lithuania, including abbreviations for airport, city, school, port, government, and etc. 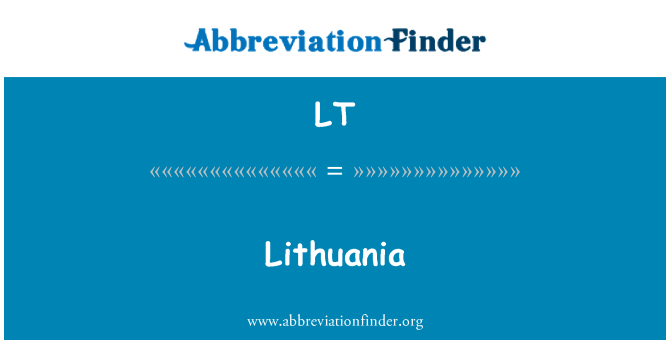 Lithuania consists of lowlands and plains cut by wide river valleys. Most of the country is less than 100 meters above sea level. The highest point in the country is Aukštasis kalnas at 295 meters above sea level. The west coast is a single long sandy beach, while the southern part of the country consists of high ridge and many lakes. Lithuania has a moderate inland climate. Along the coast there is much rainfall and the temperature varies less than in the eastern parts of the country. The inland has cold winters and hot summers.

People living in Lithuania had trade relations with the Mediterranean region already in Roman times, and with Scandinavia during the Viking Age. Lithuania became a unified state in the 13th century. In the 1300s, the country was a European great power that stretched all the way from the Baltic to the Black Sea. Lithuania was one of the last countries in Europe to become Christians, this happened after entering a union with Poland in 1386.

In the 18th century most of Greater Lithuania fell under Russian control. A small part of the country towards the Baltic Sea fell under Prussian (German) control. Until the First World War, a nationalist movement emerged among the ethnic Lithuanian population, and after the end of the war in 1919, the Republic of Lithuania was established around the shores of the Baltic Sea. After World War II, the country was occupied by the Soviet Union. Resistance to the Soviet regime was great, and hundreds of thousands of Lithuanians were imprisoned, tortured and deported to other parts of the Soviet Union. Lithuania gained independence in 1991. Since independence, Lithuania has been characterized by several political conflicts and scandals. However, the country has come together to strengthen its cooperation with the United States and Western Europe, and to criticize Russia and Russian military power in the region.

Lithuania is a republic where power is shared between a president and a government. The president is elected in direct elections for five years at a time. The government must be approved by the National Assembly, which is elected for 4 years at a time. The president has a lot of power over the country’s foreign policy, while the government has more power over domestic affairs. Lithuania’s politics are characterized by a lot of instability, corruption and conflicts. Many new parties are formed between each election.

They have been a member of NATO and the EU since 2004, and have participated in the Schengen cooperation since 2007.

Lithuania has an aging population, while the emigration of young people is a major challenge. The state health system is therefore under great pressure, as the country earns less money on taxes while increasing the population in need of care. Discrimination against women is prohibited by law, but occurs regularly both at home and at work. Teaching about bi- and homosexuality has been banned since 2017.

Lithuania has been participating in the euro since 2015, and the economy has made great progress in recent years. The country’s state budget is still dependent on EU funds.