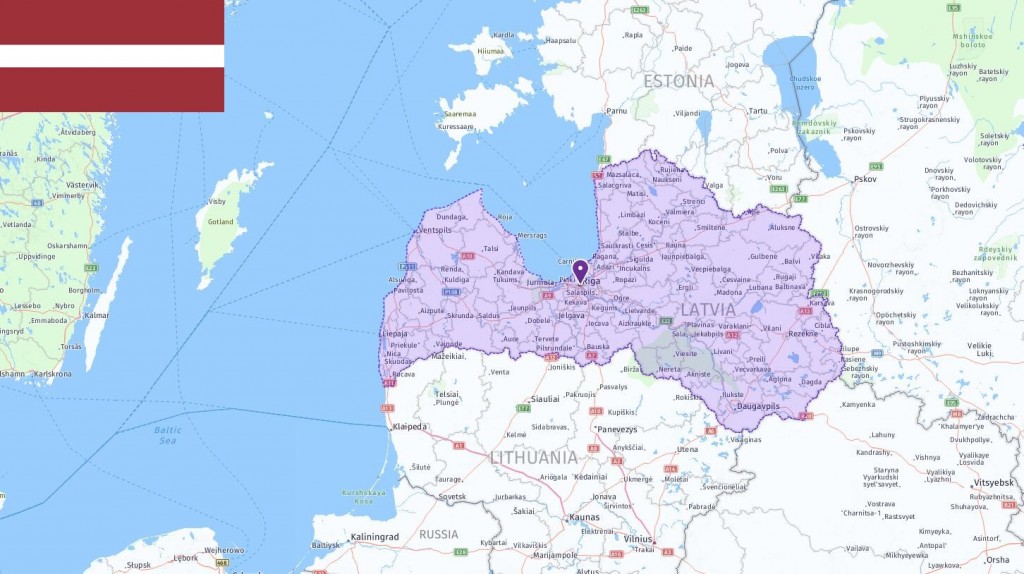 The most commonly used abbreviations about Latvia are LV which stands for Latvia and EUR which means Euro (Latvia currency). In the following table, you can see all acronyms related to Latvia, including abbreviations for airport, city, school, port, government, and etc. 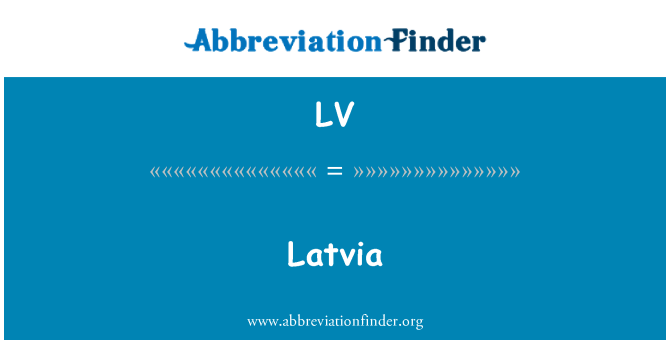 Latvia is a low-lying plain – more than half of the land is less than 100 meters above sea level. Along the coast to the Baltic Sea in the west stretches a coastal plain with dunes and lagoons. Latvia has over 2000 lakes and most of them are in the east. Almost half of the country is covered by forest. The country’s only major river, Daugava, flows from Valdaj in Russia and flows into the Gulf of Riga. Latvia has coastal climate in the west and inland climate in the east.

Until the 13th century, Latvia was independent. Then German tribes attacked, and German merchants began to settle in the country. Since the inhabitants of Latvia were not Christians, the German conquest attempts were given a religious justification as a crusade. In 1230 most of the country was under German control. In the 16th century, the Germans were weakened and Lithuania-Poland took over much of the country. From 1629 Sweden took over Northern Latvia. Russia long wanted to gain full control of the Baltic and made several unsuccessful attempts at conquest. After the Swedish-Russian war, Sweden finally had to surrender Latvia to Russia in 1721.

In the long peace period that followed, the country was rebuilt and experienced good economic development. When the Russian Revolution was over, Latvia declared itself independent in 1918, but it was not until 1920 that the Russian Empire recognized this. Then, in 1939, Latvia became part of the Soviet Union through a secret non-aggression agreement between Germany and the Soviet Union. Germany broke the agreement and occupied Latvia in the period 1941-1944. After World War II, Latvia again became subject to the Soviet Union. During Soviet times, all nationalism was severely beaten, and a substantial immigration of Russians threatened to make Latvians a minority in their own country. In 1991, the country became independent and a member of the UN.

In 2004, Latvia joined the EU and NATO, and in 2014 the euro was introduced as currency in the country.

Politics after Latvia’s independence has been characterized by unrest. Many of the political parties are built around people rather than political ideologies, and many and small parties have made it difficult to form long-standing governments. The ruling parties have been at the center or right on the political scale. The many coalition governments have been unstable, short-lived and exposed to corruption scandals.

During the Soviet era, many Russians settled in Latvia, and today about a quarter are Russians. When Latvia became independent in 1991, only the Russians had lived in the country before the occupation in 1940 – and their descendants were granted citizenship. In recent years, the requirements for citizenship have become even stricter, and a large proportion of today’s Russian speakers in the country are still stateless. This creates a great deal of turmoil.

Health conditions in Latvia are poor compared to other EU countries. The health service does not extend, which is partly due to the fact that health care professionals have moved to EU countries with higher salaries.

The transition from planning economics to market economics after independence has been tough for Latvia. Until 1991, industry and agriculture were kept under state subsidies, and Latvia depended on Soviet raw materials and access to the Russian market. One year after independence, industrial production was halved. Agriculture was hit hard, and unemployment grew, especially in the countryside. The money value dropped dramatically due to free pricing. Latvia was granted a loan from the IMF, and the country was forced to make major cuts to get the economy going.

Production increased in the mid-1990s, and up to the global financial crisis of 2007 there was considerable economic growth in the country. The financial crisis put a temporary stop to this, and the country received crisis loans from the IMF and the EU, among others. In 2011, the government could end the loan program from the IMF.

In recent years, Latvia has had one of Europe’s highest growth rates, leading to economic growth, lower unemployment and rapid modernization of the country. Latvia still has strong economic ties with Russia and the other former Soviet states. The EU countries are Latvia’s most important trading partners. Lumber, timber, metal, textile and fishing are among the country’s most important export goods. The economy is heavily dependent on investments from abroad, and is therefore very prone to fluctuations in the international financial market.