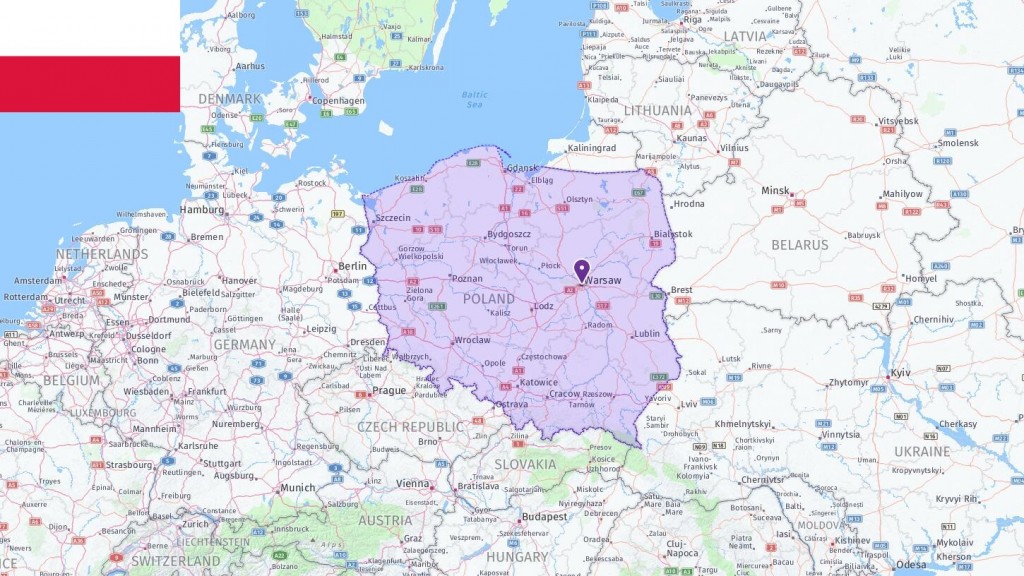 The most commonly used abbreviations about Poland are PL which stands for Poland and PLN which means Polish złoty (Poland currency). In the following table, you can see all acronyms related to Poland, including abbreviations for airport, city, school, port, government, and etc. 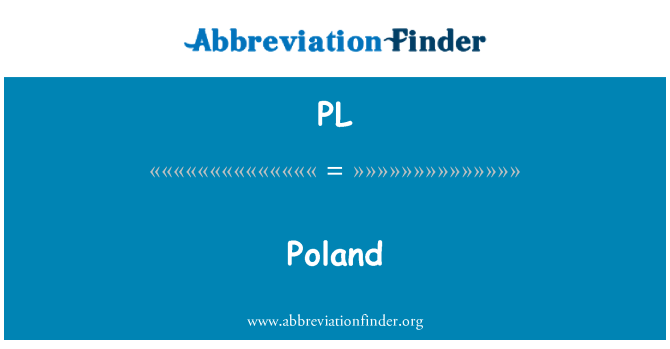 Poland is a flat country. The only high landscape lies on the Carpathians in the south, on the border with Slovakia and Ukraine. In the plain, there is a lot of agricultural land and forest, which is the country’s largest natural resources. The longest river Wisla flows through Poland’s most important cities. The climate in Poland is continental and varies with the seasons. In general, there is drier in the east and more rain in the west.

Air pollution from a coal-fired energy production, acid rainfall and too much forest harvesting are the three biggest environmental problems. Nevertheless, Poland’s environmental situation has improved much since the late 1980s.

The oldest traces of people in what is today Poland date from the Stone Age. The state of Poland emerged for the first time in the 9th century. The country’s location has made it vulnerable, and its borders have moved several times. After a heyday between the 16th and 18th centuries, Poland disintegrated. Until the end of World War I, the country did not exist Poland.

Poland was the first country to be attacked by Hitler during World War II. The war became a disaster. Twenty percent of the country’s population, half of them Jews, were killed. After World War II, Poland’s borders were again changed. Large areas remained Soviet territory, and Poland replaced areas in Germany.

In post-war Poland became a communist dictatorship, and politics was ruled by the Soviet Union. Despite the dictatorship, there were demonstrations for democracy and to raise living standards. In the 1980s, the protests led to the formation of the first free trade union in Eastern Europe. It was called Solidarity, and was led by Lech Walesa. By the end of the 1980s, the economy was disintegrating, and Solidarity and the authorities negotiated the first free elections in a communist country. The election was held in 1989, and Walesa became the country’s first democratic president in 1990. This happened at the same time as communism was falling across Europe.

The policy is dominated by two parties based on Solidarity. The Law and Justice Party (PIS) is nationalist, EU critical and value conservative. The Citizen Platform (PO) is a liberal and Europe-friendly party. The dividing lines often go into value issues, such as family politics, abortion and the view of same-sex marriage – which are still prohibited.

After the PIS gained a majority in the 2015 elections, Poland has taken several steps away from democracy. Laws have been introduced that limit the freedom of the press and the rule of law. The reforms have met with great resistance nationally and internationally. Large demonstrations have led to the withdrawal of single bills, and the EU has threatened to deprive Poland of voting rights in the EU.

Traditionally, Poland has been an agricultural country. Agriculture is still important, although most Poles work in the service industry. The country also has a well-developed heavy industry and is a major coal producer.

In the post-war period Poland had a planning economy and the state owned the industry. The production of goods was not efficient, and there was a shortage of goods, corruption and illegal trade on the black exchange. In the years following the rapid transition to market economy, gross domestic product (GDP) fell due to the inefficient production. This led to high unemployment, and the Polish standard of living was much lower than in Western Europe.

The UN Association is offering a role-playing game for the 2019-20 school year in which students will try to resolve a conflict within the UN Security Council (Iran and the nuclear issue). Poland is a member of the Security Council, and the sections that follow are information related to this game.

Since the fall of communism, Poland has gone from eastern to western in its foreign policy. The country is now a member of both the EU and NATO. Poland is exposed geographically, and in foreign policy they seek a close relationship with a strong ally who can help them militarily if the need arises. Although relations with the EU and the US have deteriorated somewhat after the takeover of the government by the PIS (a nationalist party), the United States remains a very important ally in defense and security policy. This is also reflected in the Security Council. Poland has a strained relationship with Russia, a situation that worsened after the Russian annexation of the Crimean peninsula in 2014.

As an EU member, Poland agrees with the EU’s common view that the nuclear deal with Iran must be continued. However, the country is more cautious than many other EU members when it comes to promoting open criticism of the US withdrawal from the agreement. Poland wants both the United States and Iran to return to the negotiating table and together with the other parties to try to salvage the nuclear deal.

When it comes to the issue of creating a nuclear-free zone in the Middle East, Poland will be able to draw historical lines to the Cold War as it tries to propose the creation of such a nuclear-free zone in parts of Eastern and Central Europe. This attempt was stranded because the superpowers of the United States and the Soviet Union were in disagreement. The same story is repeating itself in the Middle East because the two countries that are most at odds with each other – Iran and Israel – disagree. So even if Poland supports the proposal for a nuclear-free zone in the Middle East, based on their historical memories and their close ties to the United States, they may have some sympathy for Israel’s view of the matter (wait with the zone until regional conflicts between Israel and neighboring countries are resolved).

Poland is otherwise strongly critical of Russian nuclear policy in Europe, and believes that when Ukraine voluntarily surrendered the Russian nuclear weapons deployed in the republic during the Soviet period, it also came with a promise from Russia that Ukraine’s geographical borders should be respected for posterity. This has not happened so well, which Poland holds Russia chiefly responsible for.

In NATO, Poland is a subset of new members who are skeptical of changes to NATO’s nuclear umbrella for Europe. Poland believes that from a Central-European perspective, it will send an unfortunate signal of weakness to Russia if the defense alliance removes its pre-stored nuclear weapons in various NATO countries (Belgium, Germany, the Netherlands, Italy and Turkey).

In a meeting on nuclear disarmament at the UN Security Council in September 2018, Poland stated that new states wishing to procure nuclear weapons must now largely commit acts that are illegal under international law. This means that it must be possible to punish states that breach the Non-Proliferation Treaty, and that do not follow the inspection rules of the Atomic Energy Agency (IAEA). Poland praised the IAEA for its inspections of Iran, and believes that the Nuclear Non-Proliferation Review Conference to be held in May 2020 is a golden opportunity to renew and strengthen the agreement.