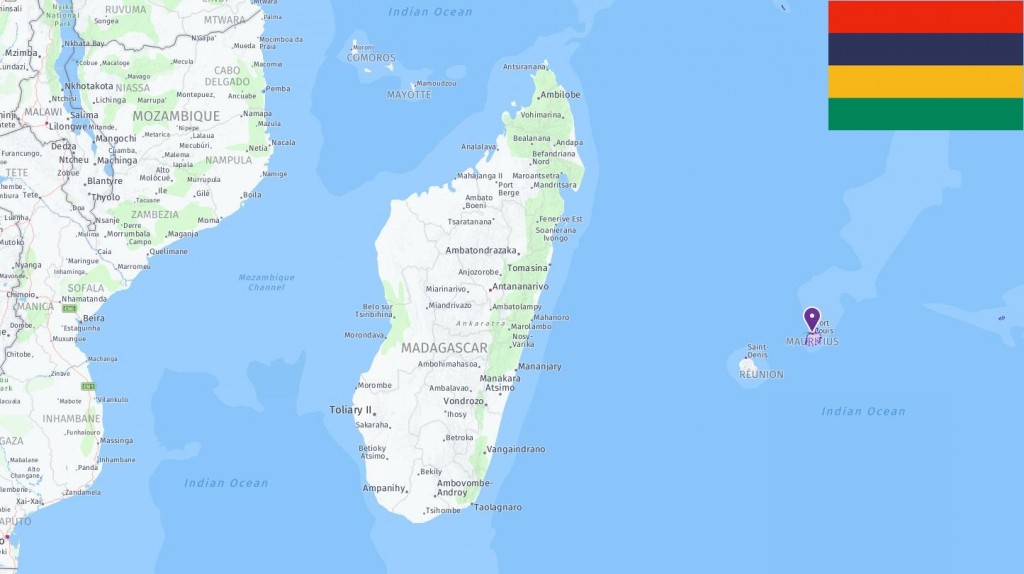 The most commonly used abbreviations about Mauritius are MU which stands for Mauritius and MUR which means Mauritian rupee (Mauritius currency). In the following table, you can see all acronyms related to Mauritius, including abbreviations for airport, city, school, port, government, and etc. 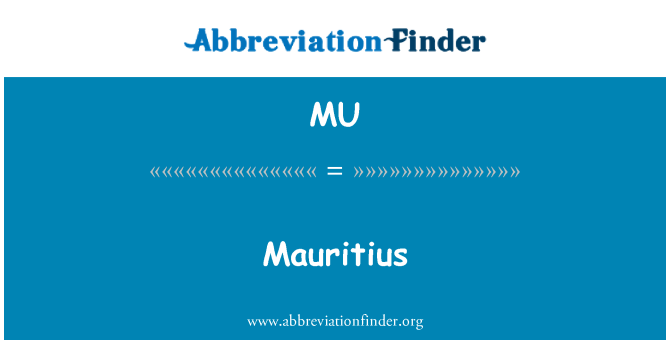 The Republic of Mauritius consists of the main island of Mauritius, the small volcanic island of Rodrigues, the two Alega islands and the St. Brandon islands. The island state is part of the Maskarene archipelago of the Indian Ocean. The islands are of volcanic origin, and the highest point, Piton de la Rivière, is 828 meters above sea level. The country’s capital Port Louis is located northwest of the island of Mauritius. The climate is subtropical, with heat and high humidity throughout the year. On the high plateau inland there is somewhat cooler and more rainfall than on the coast. From September to May, large tropical cyclones can emerge.

The island of Mauritius was uninhabited when it was discovered by Arab and Malaysian seafarers in the 9th century. When Portuguese seafarers, like the first Europeans, discovered the island in the 16th century, it was still uninhabited. The first colonization of the island occurred in 1598, when Dutch seafarers settled. The Dutch gave the island the name ‘Mauritius’ after the Dutch prince Maurits of Orange. In 1710 the Dutch left the colony and five years later the island was occupied by the French. It became a prosperous colony under the French East India Company. The French developed a plantation economy with sugar as the most important product, and with slaves from East Africa and Madagascar as labor. Mauritius was occupied by Britain in 1810, and formally became a British colony in 1814.

Mauritius gained autonomy in 1961 and became independent in 1968. The country retained the British monarch as head of state until 1992, when it became a republic. Since independence in 1968, the country has had a stable democratic government and a strong economy.

Mauritius is a parliamentary democratic republic where the president is the head of state. The president mainly has a ceremonial role and has little political power. The real power in the country lies with the parliament headed by the prime minister. Both the prime minister and parliament are elected every five years. Mauritius is one of the few countries in Africa with a functioning multi-party system. The country’s politics are characterized by coalitions and alliance building. There is broad agreement among the political parties on the country’s democratic values. The democratic rights are well developed, and the electoral system ensures that the various ethnic groups are represented in parliament.

Women are under-represented in the labor market and in politics, and often have significantly lower wages than men. In addition, domestic violence against women is a major problem and is rarely reported to the police. Discrimination in the labor market on the basis of sexuality is illegal, but male homosexuality is criminalized and taboo.

Mauritius has long had one of Africa’s strongest economies. The country has gone from being an agricultural economy focused on sugar exports, to a more versatile economy with growth in industry, finance and tourism. In recent decades, the country’s economic growth has been relatively stable. This has doubled the country’s per capita income and increased wealth. From the beginning of the 2000s, much has been invested in information and communication technology. Sugar, together with industrial products, is still the most important export product.

Despite the strong and stable economy, around seven percent of the country’s population lives below the national poverty line. Living standards also vary widely between the different islands. Although the country’s various ethnic groups are well integrated and represented in politics, there is a preponderance of creoles with an African background among the country’s poorest population.