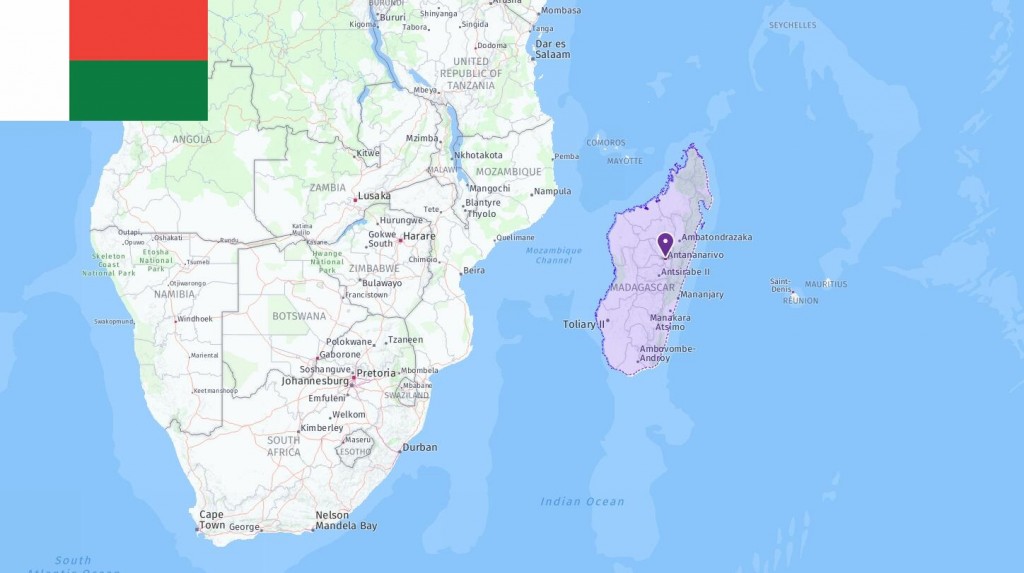 The most commonly used abbreviations about Madagascar are MG which stands for Madagascar and MGA which means Malagasy ariary (Madagascar currency). In the following table, you can see all acronyms related to Madagascar, including abbreviations for airport, city, school, port, government, and etc. 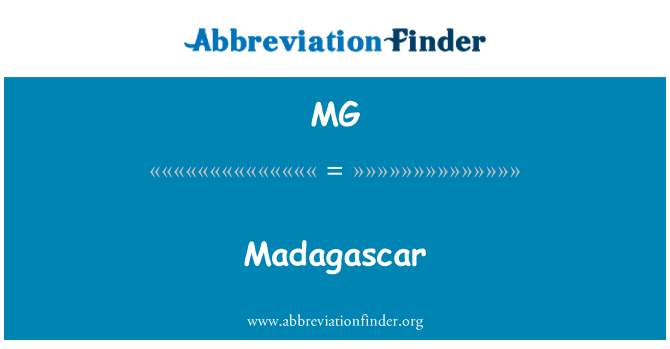 Madagascar is the world’s fourth largest island. The island probably detached from the African continent about 165 million years ago, and from the Indian subcontinent about 85 million years later. The island’s fauna and flora have therefore evolved in isolation, and a unique species diversity has emerged. Around 90 percent of Madagascar’s animal and plant species are endemic. That is, they do not exist anywhere else in the world. The island’s coastal areas consist mostly of tropical rainforest, while mountainous areas dominate in the middle. On the east coast lies a 60 mile long chain of lakes, artificial lakes and canals. The area is called the Canal des Pangalanes.

The country’s authorities have protected large parts of the island in order to save the unique nature. Despite this, deforestation is a serious environmental problem and a threat to the island’s animal and plant species. The rainforests in Madagascar are on the UNESCO World Heritage List. Madagascar is the country in Africa most exposed to cyclones. From 1996 to 2016, the country was hit by 35 cyclones.

Madagascar’s population comes mainly from Asia and Africa. The island was probably uninhabited before sailors from Southeast Asia arrived there in the 100’s. In the 600s, Arabs established a trading center on the island. The Merina kingdom had control over most of the island’s area for a long period. In 1885 Madagascar became a French protectorate. Eleven years later, France colonized the island, depositing the Merina kingdom.

During both world wars, Malagasy forces participated in battles with the French in France, Morocco and Syria. After World War II, a nationalist movement began to emerge, and it revolted against colonial power France in 1947. The rebellion claimed tens of thousands of Madagascan lives. Madagascar became an independent republic in 1960, after peaceful negotiations with France.

Due to the long history of political instability and the lack of a functioning government, the infrastructure, health care system and education system are poorly developed. This makes the life situation of most madagas very difficult.

Although Madagascar is rich in natural resources, the country’s inhabitants are among the world’s poorest. It is estimated that over 75 percent of the population lives below the poverty line. The country’s economic growth has been slow since the 1980s. The political turmoil has hindered development and made it difficult for the country to attract investment from abroad.

Around 80 per cent of the population is employed in agriculture, forestry or the fishing industry. The main export products are coffee, vanilla and shrimp. The tourism industry is considered to be an important industry for the country in the long run. However, political instability prevents the country from attracting tourists today. Lack of economic policies and political control has led to a large proportion of the population working black (without paying taxes).