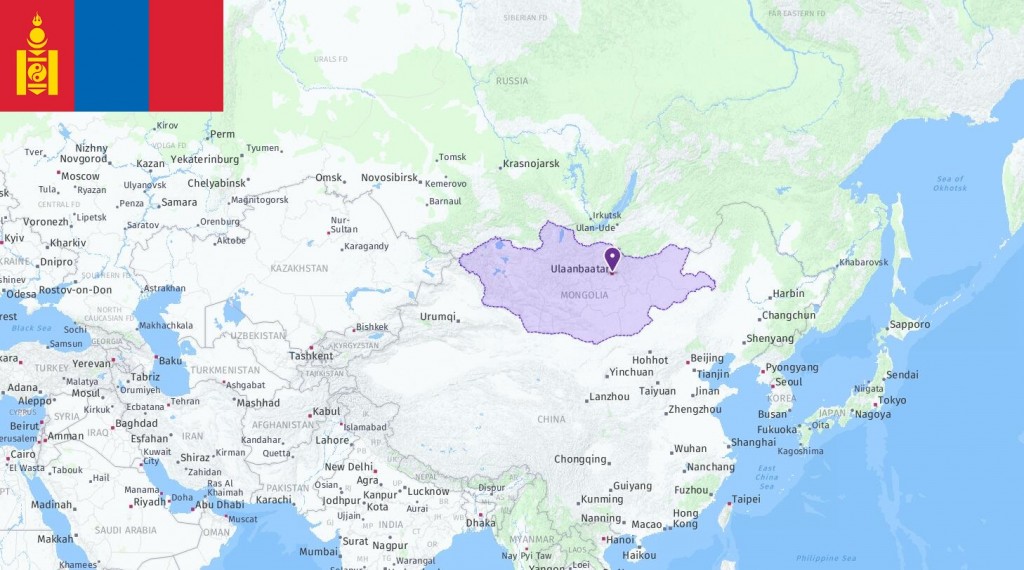 The most commonly used abbreviations about Mongolia are MN which stands for Mongolia and MNT which means Tögrög (Mongolia currency). In the following table, you can see all acronyms related to Mongolia, including abbreviations for airport, city, school, port, government, and etc. 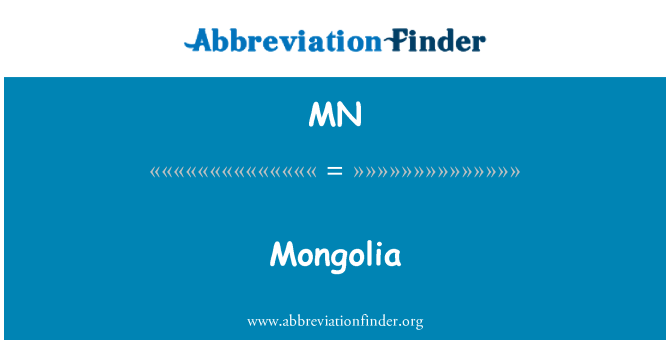 Mongolia’s landscape is dominated by grassy steppes and hills. Snow-covered mountains are located north and west of the country, where Khutnij orgil is the highest peak at 4374 meters. To the south, the landscape is characterized by the Gobi Desert, which accounts for one third of the land area. Mongolia is one of the world’s largest inland states, and the world’s highest located. On average, the land is 1580 meters above sea level. Mongolia has a dry, continental climate, with large temperature differences and low rainfall. The capital, Ulaanbaatar (Ulan Bator) is the world’s coldest capital, with an average annual temperature of 0 degrees.

The country’s biggest environmental problems are pollution, soil erosion and desertification. A small environmentally friendly industry and the use of coal power have polluted much of the surroundings around the capital. Poorly controlled oil activities and mining have led to the country’s limited water reserves being particularly exposed to pollution. Mongolia is also often exposed to earthquakes, and is very vulnerable to extreme drought in summer, and extreme cold in winter.

Archaeological finds show that there have been humans in what is today’s Mongolia for around 200,000 years. From around the 3rd century AD, the local nomadic tribes developed new weapons and tactics of war. In 1206, the military leader Temüjin united several of the tribesmen under one state and changed its own name to Genghis Khan. Under his rule, the Mongols conquered an area that stretched from Korea in the east to Austria in the west. The area is by far the largest empire that has ever existed. However, the area never became a functioning unified kingdom, and after the death of Dengshan Khan, it was divided and administered by his children and grandchildren. As the territories were so large, the influence of the Mongol rulers was gradually challenged, and they were driven back to their Central Asian territories.

In the 15th century, Mongolia was subject to Chinese control. After a long struggle, the country finally gained independence from China in 1921. The country gained Soviet-inspired communist rule in 1924, and served as a dictatorial one-party state until 1990. Since then, the country has gained a democratic constitution and a market economy.

Mongolia got a new non-communist constitution in 1992. According to the Constitution, Mongolia is an independent, democratic unity republic. The head of state and military commander-in-chief is the president, who is elected in general elections for four years at a time. Legislative authority is Parliament, which is elected in general elections every four years. Parliament must approve the president and appoint the prime minister as well as the other ministers.

The transition from a socialist to a capitalist society has been heavy for Mongolia. The large-scale privatization of the earth and the economy has been plagued by widespread corruption and rapidly rising prices. This has led to an urbanization process (people moving from the countryside to the cities), which has put great pressure on the country’s already underdeveloped infrastructure, public health services and social services.

The position of women in society is characterized by the legacy of the traditional nomadic tribal communities of the Mongols. In rural areas, and in poor areas, gender roles are still strongly segregated, and women have little choice and opportunity for education. Domestic violence against women is also a major problem. Sexual minorities are often harassed, but in recent years, several nonprofit organizations have worked to promote LHGBT + rights in the country.

Since the introduction of market economy reforms in the 1990s, the Mongolian economy has grown. As the country began to exploit its mineral resources in the 2000s, the economy grew by almost ten percent. The country has copper, coal, molybdenum, tin, tungsten and gold. By the 2010s, the country had among the fastest growing economies in the world. However, widespread corruption and a lack of regulations have led to a decline in foreign investment since 2014, which halted rapid growth.

Despite major mineral deposits and a flourishing economy at times, Mongolian society is characterized by widespread poverty. Income from the country’s mining industry has been unevenly distributed, and the differences between poor and rich have increased. Over 20 percent of the population lives below the national poverty line. The large-scale urbanization has also led to very high unemployment, and to the construction of large slums around the cities. The country imports around 70 per cent of all the food they need, and is therefore vulnerable to price changes and the economic development of its main trading partners Russia and China. In the long run, tourism is thought to be important, but lack of infrastructure has so far hindered the development of this sector.