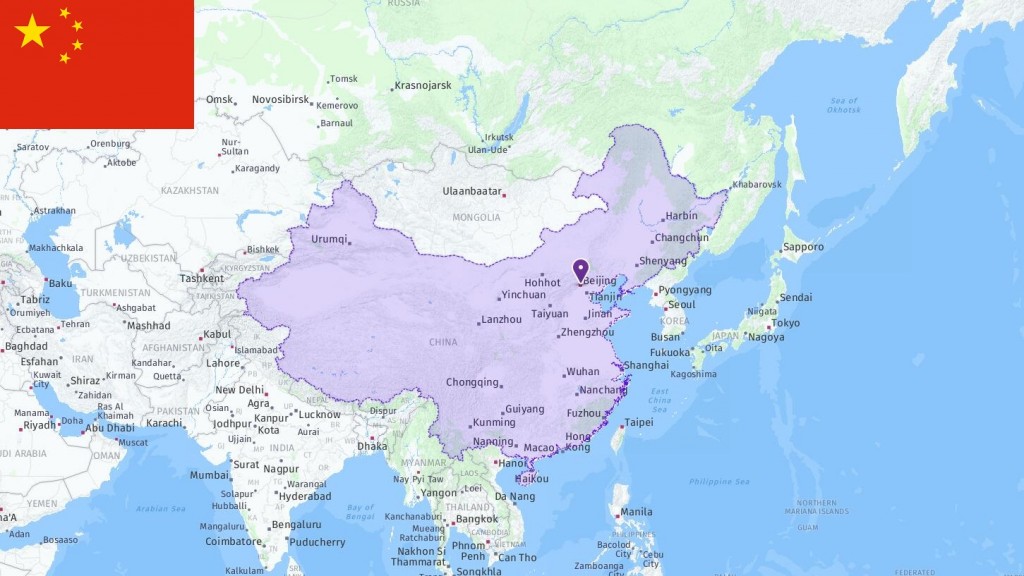 The most commonly used abbreviations about China are CN which stands for China and CNY which means Renminbi (China currency). In the following table, you can see all acronyms related to China, including abbreviations for airport, city, school, port, government, and etc. 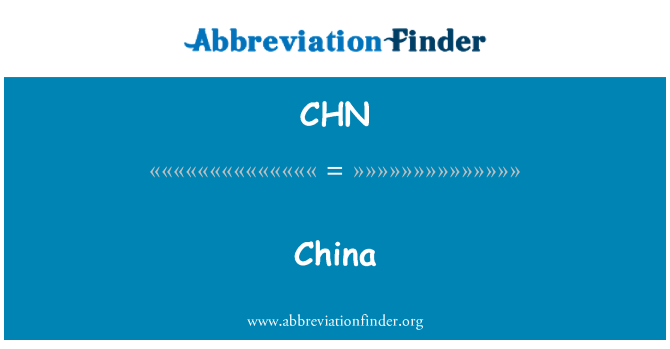 China extends over vast areas, from the sea and to the world’s highest mountains, and as a result, this has great variations in climate and nature. In the west, there are mainly mountains and arid areas, with desert in the northwest. In the eastern parts of the country there are fertile plains, while there are rainforests in the south. The monsoon winds have a major impact on the country’s climate. In winter, polar winds dominate, while warm and tropical winds in summer.

China has the largest greenhouse gas emissions in the world, largely due to extensive production and consumption of oil and coal. Industrial emissions have led to a lack of clean drinking water and health problems among residents in several areas. Deforestation and soil erosion have contributed to China losing one fifth of the country’s cultivable areas since 1949.

The Chinese civilization is many thousands of years old. Civilization has long been among the world’s most advanced, and inventions such as the compass, powder, paper and printmaking all come from China. From the year 1600 BCE The country has been ruled by a number of dynasties, where ruling families had power for generations. Various invasions, internal wars and rebellions have characterized history.

In 1911, a revolution broke out, resulting in the abolition of the dynasty and the establishment of the Republic of China. The Nationalist Party Kuomintang and China’s Communist Party fought for power for many years, but chose to cooperate when war broke out between China and Japan in 1937. After China won the war in 1945, a bloody civil war began. The Communists, with Mao Zedong in the lead, won the war and created the People’s Republic of China in 1949. On the other hand, the Nationalist Party’s supporters withdrew and settled on the island of Taiwan. Mao Zedong ruled with iron hand and launched in 1966 “The Great Proletarian Cultural Revolution”. He wanted to eradicate ancient customs and customs in Chinese society and introduce communist ideology. Mao’s death in 1976 led to a settlement with the more radical elements of communism.

China is a socialist people’s republic. The Communist Party has been in power since 1949, and is not challenged by a real opposition. The state’s supreme body, the People’s Congress, appoints the president and the prime minister. For the rest of the year, the congressional executive committee acts as a legislative assembly, under the control of the Communist Party. Chinese President Xi Jinping gained power in 2013 and is considered to be the most powerful Chinese leader since Mao Zedong.

Chinese authorities have strict control over the population. Previously, a one-child policy was implemented to limit population growth – which has led to an aging population. Today, minority groups are discriminated against and the media and internet are controlled. Corruption is considered to be a widespread problem and every year hundreds of people are sentenced to death for financial crimes. The West is particularly critical of China’s occupation of Tibet, as well as the Chinese demand that Taiwan join the mainland.

China is a permanent member of the UN Security Council, and the country plays an increasingly important international role. In the neighboring areas, China wants to promote stability, cooperation and good trade relations.

Since 1970, China has moved from a centrally controlled planning economy to a more market-driven economy of great international importance. China has experienced tremendous economic growth since the late 1970s, making it one of the world’s largest economies. The development has also created great differences between poor and rich, and between city and country. Although some reforms have been implemented, the state still controls much of the economy. Considerations for social stability and economic growth are guiding Chinese politics.

China is rich in natural resources such as coal, oil and iron ore. The country carries on extensive trade with other countries and exports goods such as textiles, electronic products, oil, cars and weapons. The country’s main trading partners are EU countries, the US and Japan. In recent years, the US-China trade relationship has been very strained, and countries have imposed extra tariffs on each other’s goods.

The UN Association is offering a role-playing game for the 2019-20 school year in which students will try to resolve a conflict in the Security Council (Iran and the nuclear issue). China is a permanent member of the Security Council, and the sections that follow are information related to this game.

The United States has traditionally been one of China’s opponents in the Security Council, but over the past ten years there has been extensive trade between the two major powers that has largely been decisive for China’s rapid economic growth. Relations with the United States, however, have deteriorated sharply under President Trump, and there is currently a trade war in which the two countries are constantly increasing their tariffs on important commodities against each other. These tariffs are also of great importance for global economic growth, which is of great concern to many.

The relationship between the United Kingdom and China is not the best, but can still be described as working well. The United Kingdom and France often support the United States in the Security Council, and are therefore in opposition to China on many important issues. The relationship between China and Russia is consistently good, and these two countries are often playing on teams against the West in the Security Council. Where Russia often faces any disagreement with the West, China prefers to keep a lower profile.

China is a strong defender of the UN’s failure to interfere in its internal affairs, and is often skeptical of interventions adopted by the Security Council. The country is a major investor abroad, building contacts and networks on the basis of its large trade balance surpluses.

China is one of the parties that negotiated the nuclear deal with Iran in 2015. China is critical that the United States has withdrawn from the agreement and wants it to continue even if it has its weaknesses. After the US withdrew and reinstated economic sanctions against the country, China has repeatedly stressed that all countries have the right to trade with Iran in the areas approved by the nuclear agreement.

The last time Iran was subject to severe sanctions from the West because of its nuclear program, China continued to buy a lot of oil from the country. This has not happened to the same extent this time, as Chinese banks are now increasingly integrated into the global economy and may risk US sanctions.

China is positive about European countries’ efforts to create an alternative trade mechanism for Iran (INSTEX), enabling companies to continue trading with Iran without being affected by US penalties. China is not yet participating in INSTEX, although the initiators have opened the door for countries outside the EU to join. If INSTEX eventually includes oil, and China joins the scheme, it will intensify the trade dispute between China and the United States.

China has so far reacted negatively to the US initiative to create an international naval force to protect civilian shipping through the Strait of Hormuz. At the same time, the country is very concerned about the safety of Chinese ships sailing through the area, and has asked all parties to the conflict to show restraint.

China has previously supported Iran on the issue of Iranian interference in the Yemen conflict. This happened in February 2018, when China abstained in the vote of the UN Security Council to condemn Iran for breaking the weapons blockade against the houti movement. This vote, where Russia vetoed, provoked the United States. The Americans believed that the evidence of illegal Iranian arms smuggling to the Yemenis was strong. China has also previously worked with Russia to limit the effects of UN sanctions on Iran as a result of suspicions of military projects in the country’s nuclear program.

On the question of creating a nuclear-free zone in the Middle East, China supports this proposal. China has called on Israel to accede to the Non-Proliferation Treaty, thus fulfilling one of the important conditions for the zone to be established. China is in favor of a meeting soon to set up the nuclear-free zone, and believes this can no longer be postponed if one wishes to retain the still-almost universal agreement on the Non-Proliferation Treaty.

China is the only major force in the UN Security Council that has issued a declaration that it will never be the first party to use nuclear weapons in a conflict. China has called on the other nuclear weapons states to provide similar guarantees.