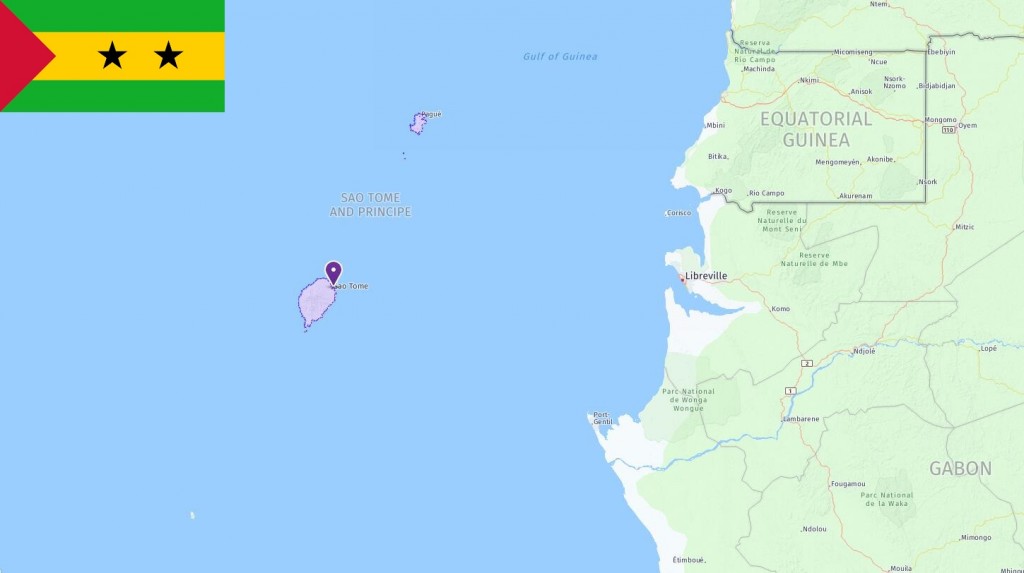 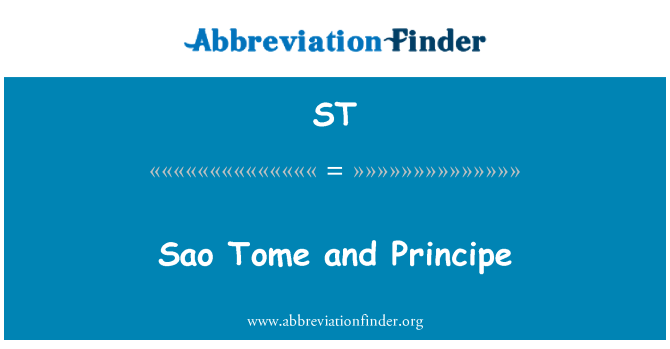 The country consists of the islands of São Tomé and Príncipe, as well as the smaller islands of Caroço, Pedras, Tinhosas and Rõlas. Both main islands are of volcanic origin and are characterized by hilly and steep terrain. The country’s highest peak is Pico de São Tomé at 2024 meters. Along the coast there are lowlands, cliffs and sandy beaches. Several rivers and streams flow down from the highlands and form large waterfalls. The highest mountains are covered by mountain rainforest, while the lowlands, where it is not cultivated, are covered by tropical rainforest. Both main islands are the peaks of steep subsea volcanoes that slope steeply into that ocean off the coast. The climate is tropical hot and humid all year round. From October to May it is rainy season.

São Tomé and Príncipe were uninhabited when discovered by Portuguese seafarers in 1471. In 1522, the islands became the first Portuguese colony in Africa, evolving to become the first plantation economy in the tropics. To provide labor for the islands’ sugar plantations, slaves were sourced from Benin, Gabon, Congo and Angola. However, the sugar industry was quickly outstripped by the more profitable slave trade industry across the Atlantic. The central location of the islands between Africa and America made them an important stopping place for the slave trading ships, and a large industry around the slave trade grew.

Among the free Creole population (a mix of African and European citizens), a strong resistance to Portuguese rule and slavery emerged. When slavery was formally abolished in 1875, and the slave trade ended, the islands developed a new plantation economy based on contract workers. However, workers’ living conditions and labor rights remained as poor as during slavery, and dissatisfaction with the Portuguese colonial power grew. The working conditions were in fact a modern form of slavery until the mid-1900s. After protracted discontent and protests against the colonial power, São Tomé and Príncipe gained independence in 1975.

São Tomé and Príncipe have been characterized by political riots and military coups since independence. The country was given a new constitution in 1990, and had its first democratic power shift in 1991. The country is a democratic presidential republic. The president is elected in the general election for five years and can be re-elected once. The legislative power lies with the National Assembly. They choose a government that must be approved by the president. In 1994, Príncipe gained internal autonomy, with a parliament and a government controlling internal issues on the island.

Even after the new constitution and democratic reforms in the 1990s, the country has had political riots and coup attempts. The most recent coup attempts took place in 2003 and 2009. Despite the turmoil, the country has had an increasing standard of living and poverty. The country has a functioning health care system, which has helped to lower child mortality and increase life expectancy. However, welfare benefits such as health insurance and pensions only cover those who are formally employed by a company. This means that the majority of the poor population, which mainly feed on agriculture for their own consumption, is not covered.

São Tomé and Príncipe have experienced weak economic growth in recent years. Much of the foreign debt has been erased, and the country is working closely with the World Bank and the International Monetary Fund (IMF) to combat poverty. Despite the growth, over 65 percent of the population still lives in poverty, and over 30 percent in absolute poverty.

In the 2000s, large oil deposits were discovered in the marine areas around the islands. It is expected that this industry will lead to strong economic growth in the coming decades. Agriculture is currently the most important industry, and employs around 18 per cent of the population. Cocoa is the most important agricultural product and the country’s most important export product. However, cocoa production and exports have been unstable and varied in line with world market prices, leading to economic uncertainty. The industrial sector is underdeveloped and employs around 16 per cent of the population. The most important industrial products are textiles and consumer goods. Fishing and tourism are other industries that are expected to grow in the coming years.