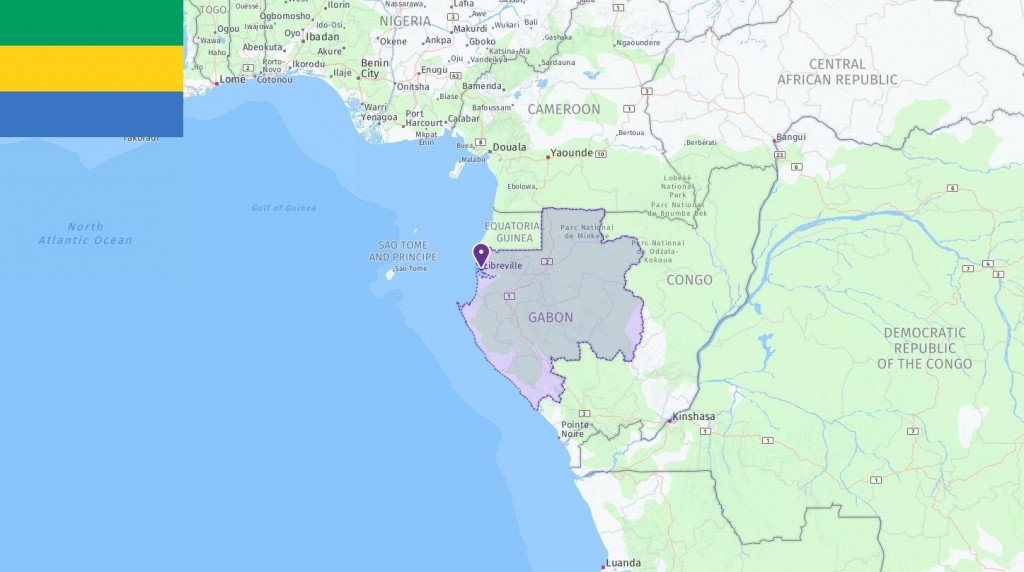 The most commonly used abbreviations about Gabon are GA which stands for Gabon and XAF which means Central African CFA franc (Gabon currency). In the following table, you can see all acronyms related to Gabon, including abbreviations for airport, city, school, port, government, and etc. 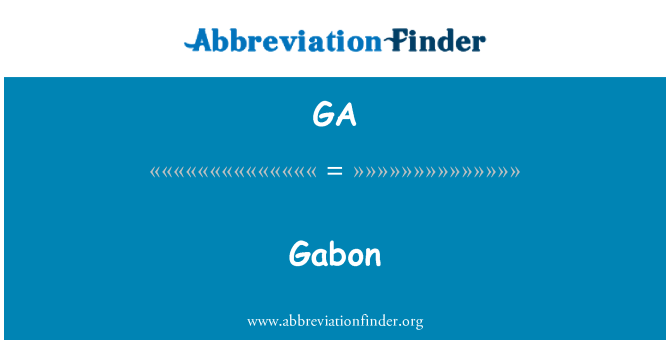 Gabon is located on the coast towards the Atlantic Ocean by the equator. Nature can be divided into three parts. To the west of the coast there are mangrove forests, savannahs, river deltas and sandy beaches. To the east lies a wide inland plateau covered by rainforests and savannas. The third type of habitat is deep lush valleys that cut through the inland plateau where the country’s longest river, Ogooué, and all its bees flow.

Around 80 percent of the country is covered by rainforest. The climate is humid and warm all year round. It is rainy season from mid-January to May, and from October to mid-December.

Gabon has worked actively to preserve the rich natural diversity of the country. Today, around 11 per cent of the area is protected national parks, but deforestation is still a problem. Especially forest areas around towns and villages are destroyed by illegal logging for farming or for their timber.

The country’s rich wildlife is threatened by illegal hunting, and discharges from the country’s oil industry have led to devastated rivers, water and coastal areas.

Gabon has been inhabited by pygmy people for over 7,000 years. In the 16th century, other groups of people immigrated to the areas around the mouth of the Ogooué River and southwest of the country. 200 years later, the largest current group of people in Gabon, the fang people, immigrated from Cameroon.

Portuguese seafarers have been trading ivory, slaves and timber from Gabon since the 15th century. The Portuguese conducted their business from offshore islands and never established any large colony on the mainland. Until the 20th century, the country’s resources were utilized by French, Dutch and British traders. Many of the local inhabitants were forced into slavery.

In 1843, French missionaries built a fort on the banks of the Ogooué River, and a colony for escaped and freed slaves was established. The city that grew around the fort was named Libreville (Liberty City) and is today the nation’s capital. Throughout the 19th century, the area was slowly colonized by France, and in 1888 Gabon became part of French Congo. In 1946, Gabon became an independent French colony. Several political parties emerged, and in 1958 the colony gained internal autonomy before the country became fully independent in 1960.

Gabon is a republic where the president is the head of state, the head of government and the military commander in chief. The president is elected in general elections for seven years at a time, and may be re-elected an indefinite number of times. The government is appointed by, and is accountable to, the President. Parliament has two elected chambers, a National Assembly and a Senate. Democracy is considered lackluster, and the president’s power is virtually unlimited. Since 1967, the presidency has been filled by members of the same family.

Society bears the mark of the past as a French colony. The justice and education system is designed like the French, and the political ties to France are still close. The country is characterized by traditional norms and rules. Living together in large families is common, as are large groups of children.

The country is struggling with widespread corruption and major inequalities between poor and rich. Due to a large population growth, especially among the poorest population, living standards among the poor have deteriorated since the 1990s.

Gabon’s economy is based on oil exports. The large natural resources and low population have made Gabon one of the sub-Saharan African countries with the highest gross domestic product per capita.

Despite the natural resources, wealth is very unevenly distributed and does not benefit the inhabitants. Around a third live below the national poverty line.

The majority of the population lives on agriculture for their own consumption. Agriculture is poorly developed and contributes little to the country’s gross domestic product, and the country also has to import a lot of food and more consumer goods. Despite imports, the country has a trade surplus (they export more than they import) thanks to the oil.