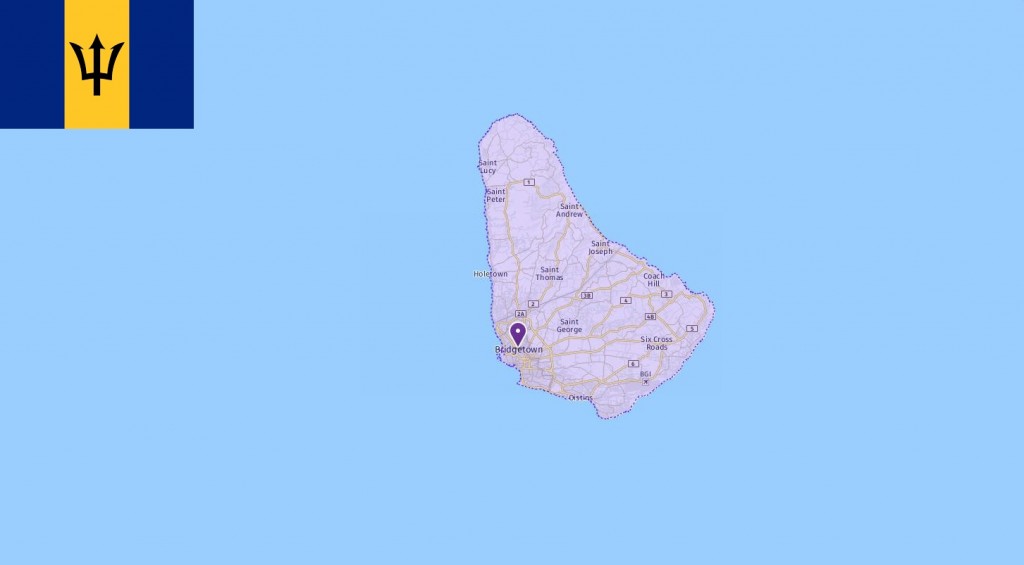 The most commonly used abbreviations about Barbados are BB which stands for Barbados and BBD which means Barbadian dollar (Barbados currency). In the following table, you can see all acronyms related to Barbados, including abbreviations for airport, city, school, port, government, and etc. 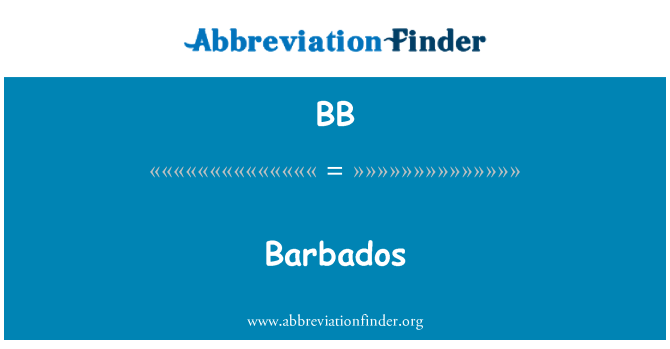 Barbados is a small island state located between the Caribbean and the Atlantic Ocean. It is located on its own, east of the other Caribbean islands and is the 14th smallest state in the world. Barbados is a relatively flat island, but inland there are highland plateaus. Coral reefs surround most of the island. Almost the entire island is cultivable because the coral reef releases nutrients to the soil, but 300 years of sugar industry has led to deforestation. Only 12 per cent of the country’s area is forest.

The island state has a tropical climate with rainy season from June to November. The rest of the year is drought. Barbados is mostly spared from hurricanes and tropical storms, as it lies just off the hurricane belt.

When Portuguese sailors arrived in Barbados in the 16th century, the island was uninhabited. The island state has in the past probably been inhabited by Caribbean and Arawak Indians. In 1625, the island was declared a British colony, and 40 years later 50,000 slaves from Africa were brought to Barbados to work on the many sugar plantations. The last slaves were freed in 1838. In 1939 a parliament was established on the island, which brought more autonomy, and in 1966 the island became an independent state in the British Commonwealth.

Following the country’s independence from the UK, Barbados went from being dominated by the sugar industry, to having a more service-based economy with tourism in the center. There are two major parties that have ruled in politics: the Democratic Labor Party (DLP) and the Barbados Labor Party (BLP). They have switched to having the power, and conduct much of the same policy. Both parties have implemented various reforms and, in bad times, have been forced to try to save money. During the 2000s, Owen Arthur from BLP succeeded in reducing unemployment and improving the country’s economy. He also became popular with the people because he managed to strengthen the national identity. He introduced new holidays and national symbols. In 2018, after two electoral elections, the BLP won as opposition party. Then Barbados got its first female prime minister, Mia Mottley.

Barbados is an independent parliamentary state within the Commonwealth of Nations, consisting of the United Kingdom and former British colonies. The head of state is the British monarch, Queen Elisabeth II, who is represented on the island by a Governor General. The executive power lies with the government which is responsible to the legislative assembly, the parliament, which has two chambers.

The politicians are elected directly by the people, and the most central topics of discussion in politics have been the high cost of living and housing. The inhabitants are mostly descendants of African slaves brought to the island to work on sugar plantations. Population density is among the highest in the world. Political and economic stability has provided a relatively high standard of living. Barbados has one of the highest GDP per capita in the Caribbean, and has a well-developed health and education system.

Crime and drug trafficking are a known problem for the country. Although the number of murders is among the lowest in the Caribbean, the number is twice as high as in the United States. Another social problem is violence against women.

Barbados is among the Caribbean’s most prosperous states. The country’s economy has traditionally been based on sugar production, but from the first part of the 1970s tourism took over as the main source of income. Tourism accounts for more than half of the country’s revenue, and every year Barbados is visited by far more tourists than there are local residents. Most of the tourists come from the United States.

Financial services are also an important part of the economy and several international banks are located on the island. The island is also known for its space production. Both the sugar industry and tourism are seasonal, which sometimes leads to high unemployment and that many Barbadians go abroad after work.