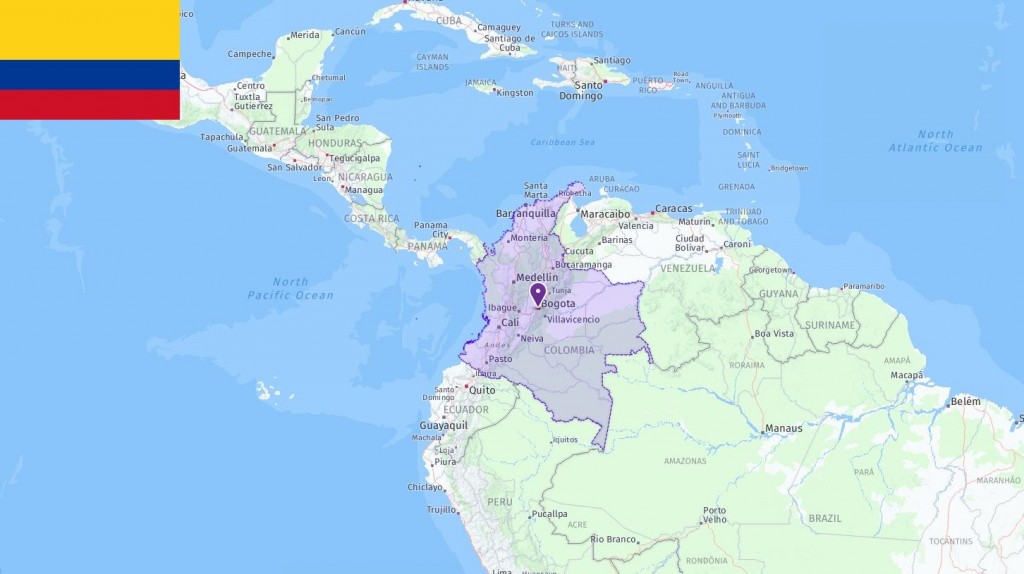 The most commonly used abbreviations about Colombia are CO which stands for Colombia and COP which means Peso (Colombia currency). In the following table, you can see all acronyms related to Colombia, including abbreviations for airport, city, school, port, government, and etc. 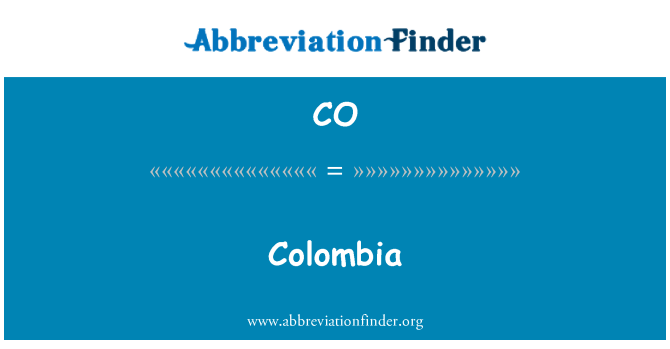 Colombia is the fourth largest country in South America, and is largely characterized by mountainous areas in the east, and the Amazon rainforest in the west. At the border with Ecuador, the Andes are divided into three mountain ranges. Two of them are heading north toward the Caribbean, while the third is heading northeast. There are many mountain peaks of more than 5000 meters. Between the mountain ranges the rivers Magdalena and Cauca flow, and this is also the most populous area. The capital Bogotá lies on a plateau in one of the eastern mountain ranges. The temperature is constant throughout the year. It is cold in the mountains and there is always snow on the highest peaks.

Climate change is also affecting Colombia, and some glaciers have begun to melt. The country lies between two continental plates, which means that there are often earthquakes and volcanic eruptions. About half of Colombia is covered by forests, and deforestation leads to the extinction of many animal and plant species. Due to over-use of pesticides, soil and water quality is poor.

Archaeological finds show that Colombia was inhabited by Indians as early as 13,000 years ago. They early advanced agriculture using artificial irrigation, and they were early in developing complex political systems. In 1499, Spanish conquerors came to Colombia, and the country’s first city, Santa Marta, was founded in 1525. Colombia was Spain’s largest source of gold, and Cartagena quickly became one of the most important ports of the Spanish empire. Because Spanish-born and American-born had different rights, the political tensions in society and opposition to Spain increased, and with the help of freedom hero Simón Bolívar independence was achieved in 1819.

The 20th century was characterized by violent conflicts between the Conservatives and the Liberals. It was not until the military coup in 1953 that they began to cooperate, and from 1957 they shared power over the next 20 years. In this political cooperation, the left side was banned, which led to the emergence of paramilitary and violent guerrilla movements, especially in the cities.

Colombia is a republic where the president has the executive power, while Congress has legislative power. The Constitution states that the human rights of the inhabitants must be protected, but during the civil war, serious abuse has been committed by all parties to the conflict.

Since the late 1990s, liberals have largely had political power. The country was given a new constitution in 1991, which led to several smaller parties being eligible for election in Congress. In 2010, negotiations began between the president and the FARC guerrilla, and in September 2016, the parties signed a peace agreement to stop the world’s longest ongoing armed conflict. Norwegian diplomats played a central role in the development of the peace agreement. President Juan Manuel Santos received the Nobel Peace Prize in 2016 for his work on the peace agreement. The country is still characterized by war, but the population hopes for peace after the signing of the peace agreement.

A 2011 state investigation reported that nearly 220,000 people have been killed in the conflict since 1959, of which approximately 80 percent unarmed civilians. Colombia is the country in the world with the most internal refugees after Syria.

Colombia has had good economic development in recent years, as a result of the political liberalization of the 1990s. In the 2000s, the authorities focused on increased security in the cities, which led to an increase in foreign investment. Traditionally, the economy has been based on agriculture, as well as large revenues from coffee and banana exports.

Today, oil is Colombia’s most important legal export commodity. The country also exports large quantities of illegal cocaine. Drug exports present challenges for the police, as large and violent drug cartels have been established with great force. The cartels launder money, and the value of this is more than five per cent of the gross domestic product in the country.

In recent years, relations with neighboring countries in South America have deteriorated because ties with the United States have become closer. Colombia has free trade agreements with the US, the EU and China. Whether the country’s economy will continue to grow is closely linked to whether it is able to make peace.