Maputo is the seat of a Catholic archbishop and an Anglican bishop, as well as a university (founded in 1962) and a university of education. In the city there is a natural history and geological museum, an astronomical and meteorological observatory, a botanical and zoological garden. Maputo and its suburbs ( Matola, Beluluane) have diverse industries (rolling mill, oil refinery, car assembly plant, cement, fertilizer, soap, textile and food industries, among others). Maputo is the starting point for railway lines to South Africa, Zimbabwe and Eswatini. In the port, which is also important for the Republic of South Africa due to its transport links to the hinterland, mainly bulk goods are handled. Large-scale infrastructure and construction projects characterize the capital, which is also focusing on the expansion of tourism. Maputo International Airport was expanded in 2010.

In 1544/45 the Portuguese Lourenço Marques explored the Baía da Lagoa. Soon afterwards, the Portuguese founded the Lourenço Marques base there, which is important for their India trips. In 1752, when the Portuguese branches in East Africa became independent from Goa (India), the latter was given the function of the capital of Mozambique. He got a garrison in 1782 and a fortress in 1789. The fortress was destroyed by the French in 1796 and rebuilt from 1799. Great Britain laid claim to the city in the second half of the 19th century. In the border treaties of the 1890s, however, it was finally awarded to Portugal. After Mozambique gained independence in 1975, the city was renamed Maputo. 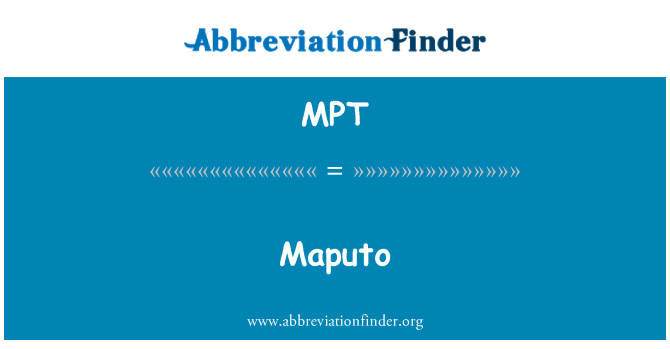