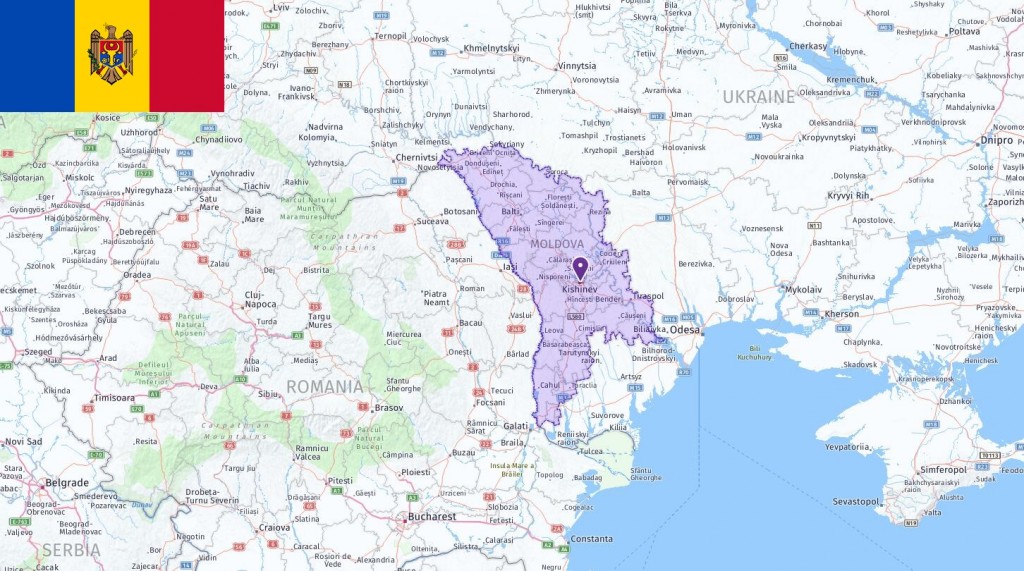 The most commonly used abbreviations about Moldova are MD which stands for Moldova and MDL which means Leu (Moldova currency). In the following table, you can see all acronyms related to Moldova, including abbreviations for airport, city, school, port, government, and etc. 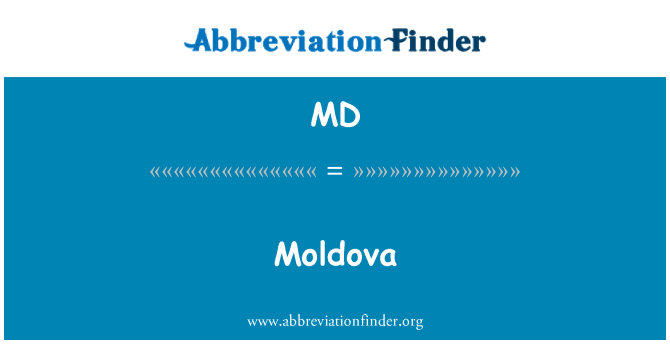 Moldova is a small country without a coast. The landscape consists of hilly plains with deep valleys and many rivers and streams. To the west the Prut River flows and to the east the Dniester River flows. Codru high altitude, where the country’s highest point is the Bălăneşti Colony, lies just 430 meters above sea level. The capital of Chişinău is located in the middle of the country, and other important cities include Tiraspol, Bălţi, Bender and Comrat, which are the center of Gagauzia’s autonomous (independent) area.

Three quarters of the land has very fertile soil. The extensive use of chemical pesticides and fertilizers in recent decades has made the deterioration of the soil quality one of the country’s biggest ecological problems. Deforestation and cultivation of steep slopes have contributed to erosion and landslides being an increasing problem.

Most of Moldova is located in the old area of ​​Bessarabia, and its location has led to it being an important itinerary between Asia and Southern Europe throughout history. Many different rulers have controlled the area, both Greek, Roman, Bulgarian, Mongolian, Ottoman, Romanian and Russian, with some staying with independence. The Soviet Union occupied the area in 1940, and founded the Moldovan Socialist Soviet Republic as part of Eastern Europe’s socialist peoples. Romania tried to get the area back and joined Germany during World War II. During the German occupation, the Jews of Bessarabia were sent to concentration camps in Transnistria. Only a few of the 185,000 sent there survived. When the war was coming to an end, the Soviet Union conquered the area in 1944.

In 1990, the highest council in Moldova’s Soviet Socialist Republic elected former Communist Party member Mircea Snegur as the country’s president. He was in favor of Moldova’s independence and sought to gain recognition from the western countries. In 1991, the state was declared independent from the Soviet Union and was given the name Republic of Moldova.

The legislative authority is the parliament with 101 representatives. The executive is divided between the head of state and government: the president is elected in a separate presidential election and is head of state, while the government is based on and is accountable to parliament, all elected every four years. At the 2009 parliamentary elections, the pro-Russian Socialist Party gained a majority, but the opposition parties accused them of electoral fraud, and unrest erupted. The opposition refused to vote in parliament and this led to the country not being elected a new president or government. Russia and China declared their support for the Socialist Party. Since then, disagreement on Russian affiliation has been an important political issue. The sitting government wants to strengthen relations with the EU.

Corruption is a huge problem at all levels of government, and a corruption scandal in 2014 in which a billion dollars disappeared from three major banks ended with the imprisonment of former Prime Minister Filat.

The Gagauzia area, which has Turkish roots, and Transnistria, the majority being slaves, are autonomous regions. In part, there has been armed conflict over Transnistria due to requests for Russian affiliation. The status of this region is still unclear and local authorities are accused of human rights violations.

The service sector accounts for well over half of Moldova’s gross domestic product (GDP), and agriculture and industry account for about fifteen percent each. Many people live by what they grow themselves. The country has no mineral resources of its own, and must import everything from coal, oil and gas from abroad. After the fall of the Soviet Union, the lack of energy has hindered industrial production, and Moldova is trying to develop alternative sources of energy to become more self-sufficient.

The dissolution of the Soviet Union in 1991 triggered an economic crisis in Moldova. Today, the country is one of the poorest in Europe and receives financial assistance from the International Monetary Fund (IMF), the World Bank, the EU and the US. The country’s desire for European cooperation and economic reforms has accelerated economic development, with privatization and the introduction of market economy, but the changes are slow. In 2012, Moldova signed a free trade agreement with the EU.