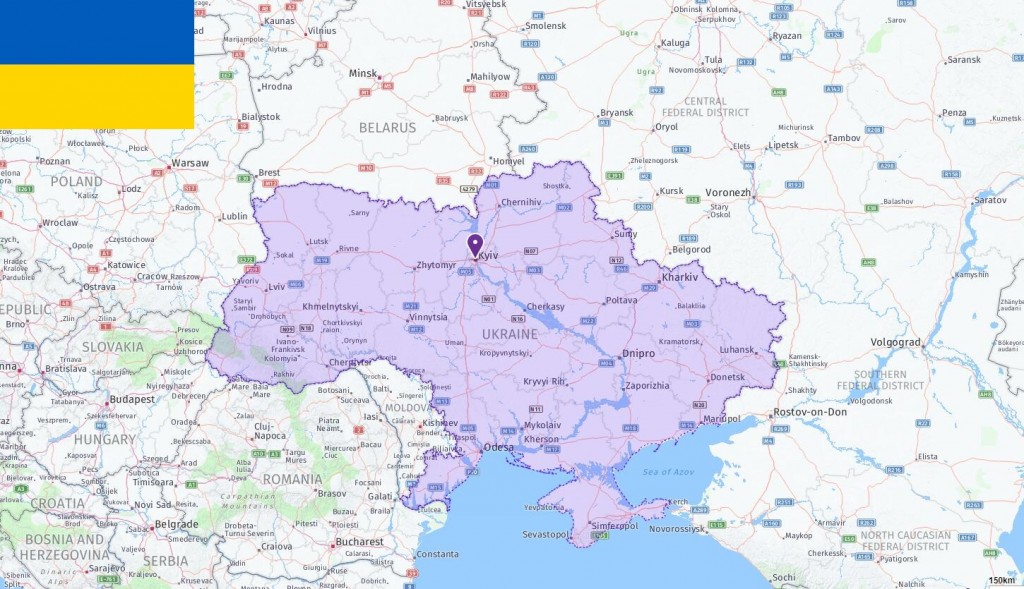 The most commonly used abbreviations about Ukraine are UA which stands for Ukraine and UAH which means Ukrainian hryvnia (Ukraine currency). In the following table, you can see all acronyms related to Ukraine, including abbreviations for airport, city, school, port, government, and etc. 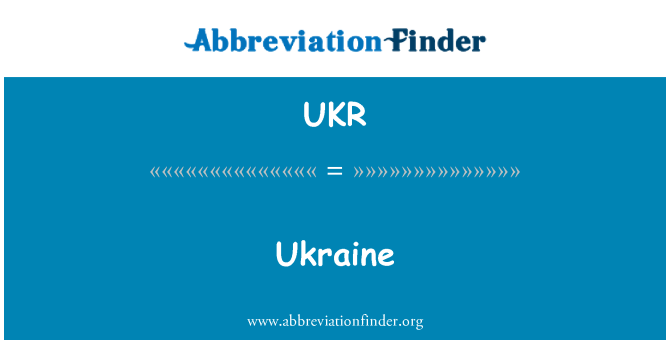 Most of Ukraine is plain landscape with an average height of 175 meters above sea level. The country still has several highland areas: the mountains of Crimea, the Donet Plateau in the south, and the Volyn-Podilean highlands in the west. Farther west, Ukraine extends to the southern side of the Carpathians. In the Carpathians lies Ukraine’s highest mountain, Hoverla. Between the mountainous areas lies the vast plain which is drained by a number of rivers. The most important is the Dnieper, which flows from north to south and flows into the Black Sea.

Ukraine has a temperate continental climate except for the southern parts of Crimea, which has a subtropical Mediterranean climate. Ukraine’s main environmental problems are deterioration in water quality, pollution and deforestation. Emissions from industry, widespread use of pesticides and radioactive fallout following the Chernobyl accident in 1986 have polluted large areas of the country. Pollution levels have fallen somewhat after the fall of communism due to the dramatic decline in industrial production.

A number of different people groups have inhabited and wandered through the land area that is today Ukraine. The Kiev kingdom was founded in what is today Eastern Europe towards the end of the 880s. The Kiev kingdom helped create the national identity of the Ukrainians and Russians. The kingdom was disbanded in the 13th century, when the Mongols invaded the country. In the 1300s, Lithuania and Poland pushed the Mongols back. When the Polish-Lithuanian Union was formed in 1569, most of today’s Ukraine came under Polish rule. At the head of resistance to Polish rule were the Ukrainian Cossacks. Their rebellion led to a part of Ukraine coming under Russian rule.

At the end of the 18th century, Ukraine’s territories were under Russian and Austrian rule. A Ukrainian self-government movement emerged. As a result of World War I and the Russian Revolution of 1917, Ukraine declared itself independent. After three years of conflicts and civil war, the country’s western parts were incorporated into Poland. The middle and eastern parts joined the Soviet Union in 1922, and the Ukrainian Socialist Soviet Republic was formed. After Stalin came to power in the Soviet Union in the 1930s, forced collectivization of agriculture was introduced. In 1932-1933, Ukraine suffered a man-made famine that resulted in the deaths of between three and seven million people.

Ukraine’s material and human losses during World War II were enormous. Estimates of the number of civilian victims range from 5 to 7 million people, of which nearly one million are Jews. Ukraine was a part of the Soviet Union throughout the Cold War. Ukraine became an independent state when the Soviet Union disbanded in 1991.

Ukraine’s head of state is the president, who is sitting for five years. The President may sit for two consecutive terms. Parliament has one chamber of 450 representatives, elected for five years at a time. In the fall of 2004, allegations of electoral fraud led to a political crisis and massive protests, later dubbed the Orange Revolution.

The political system in Ukraine has been characterized by abuse of power, corruption and manipulation of elections. The dispute over whether Ukraine should link the EU or Russia in 2014 led to major demonstrations. As a result, President Viktor Yanukovych was forced to step down. Russia then took the Crimean Peninsula by force, supporting rebel groups in a civil war in the east of Ukraine. The conflict over Ukraine is still ongoing, both between groups within Ukraine, between the Ukrainian authorities and Russia, and between NATO and Russia. More than 3,000 people have been killed in the conflict, according to the UN.

Ukraine was very important to the economy of the Soviet Union, and the country has a significant industrial heritage from that time. Production of metals and minerals is the backbone of the Ukrainian economy, along with agriculture. At the same time, the country is highly dependent on foreign trade. Steel, coal, machinery and agricultural products are the most important export products.

The transition from planning economics to market economics was difficult, and therefore the country’s output dropped dramatically in the first years after the fall of the Soviet Union. After this, the economy improved, with an average of 7 per cent annual growth in the period 2000-2007. Ukraine was then severely hit by the global financial crisis in 2008, and gross domestic product (GDP) fell by 15 percent in 2009. The country has long faced major challenges with corruption and poverty. Economic considerations have been important in Ukraine’s choice to associate most closely with the EU or Russia – a dilemma that triggered the Ukraine conflict in 2014.