Montserrat is an overseas territory of the United Kingdom, in the Antilles. There are 5.3 thousand residents (2017). The former capital Plymouth was abandoned in 1997 due to the eruption of the Soufrière volcano. The seat of government temporarily moved to Brades, in the north of the island.

Montserrat was spotted and named by Colombo in 1493. English and Irish settlers settled on the island in the 17th century. It was a popular tourist destination in the 20th century, but much of the island was devastated by volcanic activities in the 1990’s. 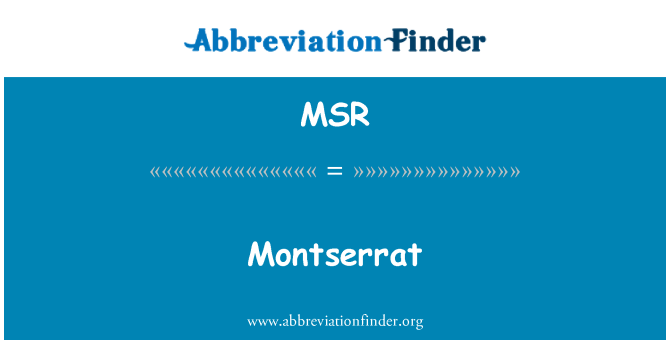 The most commonly used abbreviations about Montserrat is MSR which stands for Montserrat. In the following table, you can see all acronyms related to Montserrat, including abbreviations for airport, city, school, port, government, and etc.