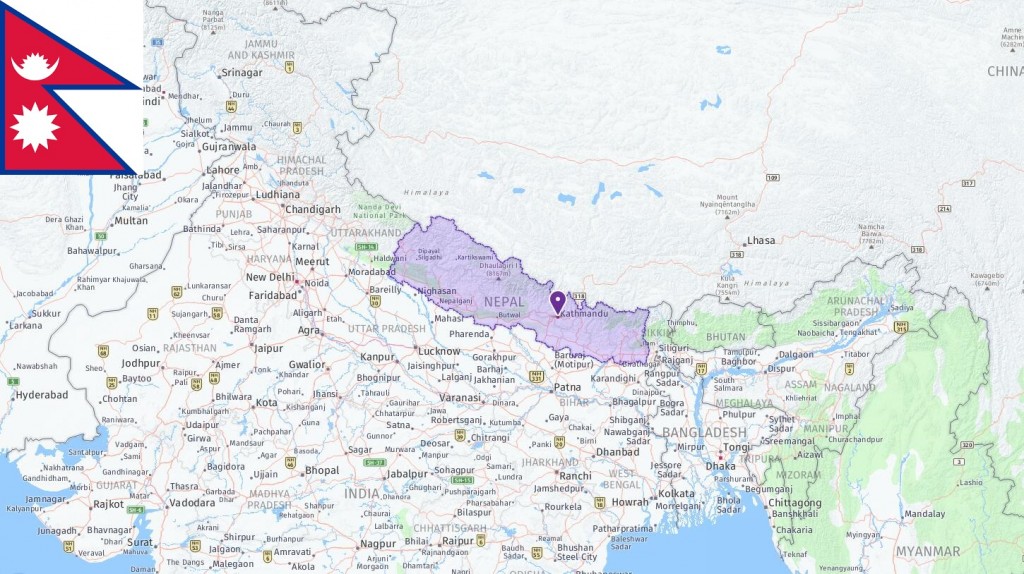 The most commonly used abbreviations about Nepal are NP which stands for Nepal and NPR which means Nepalese rupee Rs (Nepal currency). In the following table, you can see all acronyms related to Nepal, including abbreviations for airport, city, school, port, government, and etc. 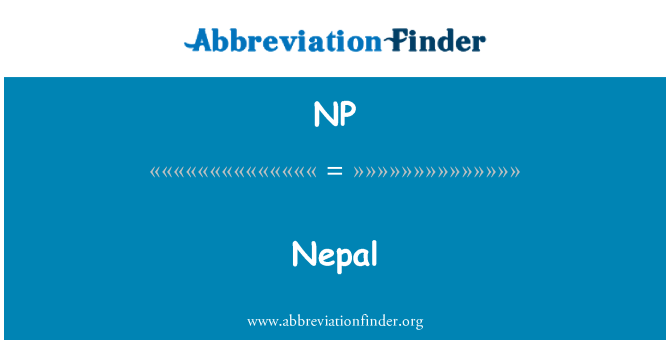 A large part of the Himalayan mountain range is located in Nepal, including the world’s highest mountain, Mount Everest. The country has several other peaks over 8,000 meters, and three-quarters of Nepal’s total land area is mountains. The plains in the south are mainly used for agriculture, as are the country’s many fertile valleys.

The climate varies based on the number of meters above sea level. In the lowlands, there is a subtropical climate, while in the mountainous regions it is so cold that both snow and glaciers lie throughout the year. Nepal has to a small extent expanded the potential for hydropower that lies in the country’s many rivers and waterfalls. Currently, it is primarily the forest that is used as an energy source.

Firewood that has led to deforestation and erosion In a few decades, the forested part of Nepal has been reduced from about half to just over a quarter. Climate change causes glaciers to melt, which together with deforestation leads to more floods. Due to poor sanitary conditions and emissions from the industry, contaminated water is a problem. Vehicle pollution lowers air quality in cities.

Nepal is squeezed between India and China, and both have had a strong influence on the country throughout history. However, the country has never been a colony, although both Indians and Britons have for a long time controlled foreign policy.

Nepal has long traditions for self-governing kings with great power and corrupt politicians. Precisely the desire to remove the country’s constitutional monarchy led to the bloody Maoist uprising, also known as the “People’s War,” from 1996. The fighting actions that followed the next decade demanded nearly 15,000 lives.

In 2005, Nepal became one of the world’s last absolute monarchies when King Gyanendra deposed the prime minister and elected officials. Gyanendra himself was inaugurated as king when his brother, the incumbent King Birendra, was killed by his own son in 2001. After major demonstrations and international pressure, the National Assembly was re-elected in spring 2006. Then peace negotiations between the government and the Maoists followed, leading to a peace agreement. year. In 2007, Nepal was given a temporary constitution, which was to apply until a proper constitution was drafted. In June 2008, the king abdicated and Nepal became a republic.

The new constitution establishes Nepal as a secular federal republic, with seven provinces. Fundamental freedoms and rights are guaranteed by the Constitution. So does a democratic multi-party system and independent judiciary. The president is the country’s head of state, but the prime minister is the head of government. The House consists of two chambers, and has its own seats dedicated to women and ethnic minorities.

The policy is dominated by the party of the former Maoist guerrillas (UCPN-M), and the Nepal Congress (NC). The first election after the new constitution came into force was made in 2017. An alliance of communists and Maoists won a clear victory after going for elections of economic growth and prosperity for the citizens.

Only about half of the population has electricity or inlet water. There are many groups of people and big differences between classes, nature and living conditions. The caste system lives on among people, even though it is prohibited by law, and prevents many from a more just development. Women have weak rights, and domestic violence is common. Many girls are forcibly married, few women have formal positions, and women have limited inheritance rights.

Nepal is one of the poorest countries in the world. A large part of the population lives solely on what they grow, and a large proportion of the population is malnourished. Perhaps as much as 90% live from agriculture. The proportion of people living in absolute poverty has declined in recent years. This is mainly due to transfers from Nepalese working abroad. Trade, the service industry and industry still constitute a larger share of the gross domestic product (GDP), but Nepal’s natural resources are poorly utilized.

Tourism has gradually grown to become an important source of income for the country. This makes many of the country’s inhabitants vulnerable to political turmoil, as tourists fail to appear when riots occur.

Corruption is widespread and the country struggles with always having a deficit in the state budget, which is covered by foreign loans and aid. Money from abroad covers a quarter of the budget. The politicians have tried many measures to stack the economy on their feet, but the frequent changes in government and constant changes in economic policy make the measures to a small degree unsuccessful.