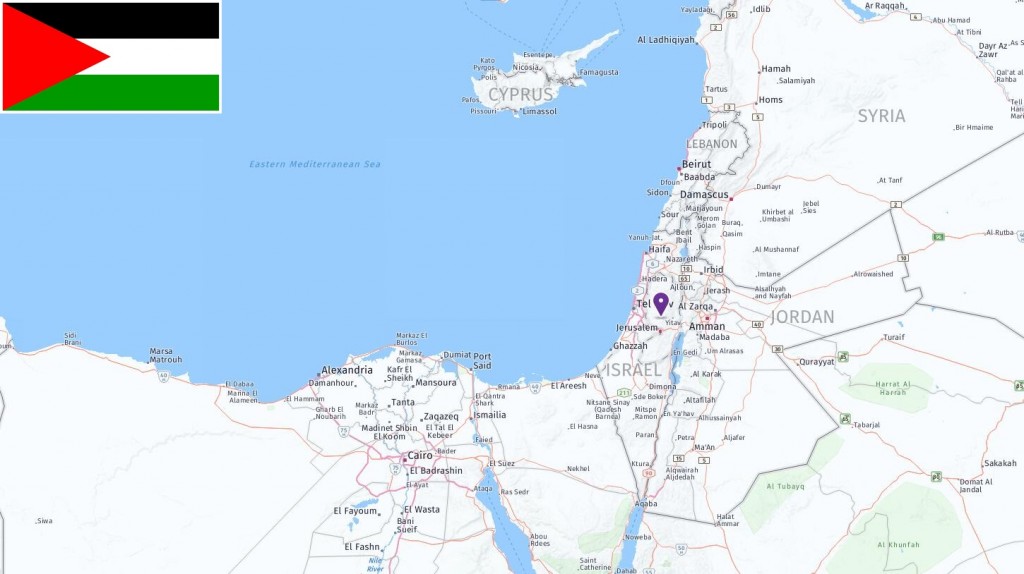 The most commonly used abbreviations about Palestine are PS which stands for Palestine. In the following table, you can see all acronyms related to Palestine, including abbreviations for airport, city, school, port, government, and etc. 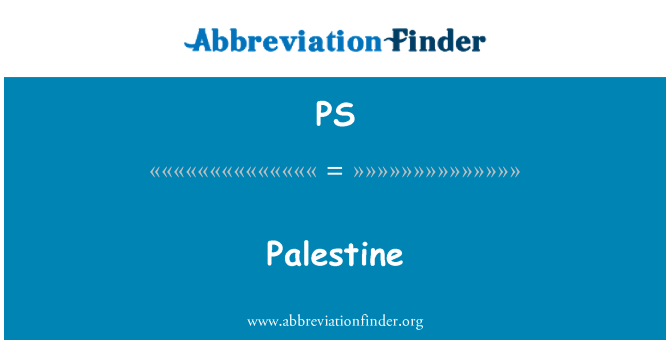 Palestine consists of the Gaza Strip, which lies on the Mediterranean coast against the border with Egypt, and the West Bank between Israel and Jordan. The Gaza Strip is essentially a coastal plain. The area is dry and sand covers much of the plain. The West Bank consists of the so-called Jordan Lowering, in addition to a fertile highland area with relatively good agricultural conditions. Low and polluted water is the biggest environmental problem in Palestine, and especially in Gaza. In addition, the country is struggling with deforestation and soil erosion as the areas are so densely populated.

The area where the Palestinian territories are located has been populated for thousands of years. Jerusalem was the center of Jewish communities until the Jews were expelled in the year 70 AD. After being part of the Roman Empire, the area was invaded by Arab forces in the 600s. It remained under Arab/Turkish control until the Ottoman Empire fell after World War I. Then the province of Palestine became subject to British control. In response to increased Jewish persecution in Europe, a Jewish nationalist movement emerged; Zionism.The Zionists wanted to establish a Jewish state in Palestine through colonization, and worked for European Jews to move to the area. Soon, violent conflicts arose between the existing Palestinian population and the Jewish immigrants. After World War II, the UN proposed dividing the area into two; a Jewish part and a Palestinian part. In 1948, Israel declared itself a state of its own. The Arab neighboring countries immediately went to war against the new state. Israel, however, emerged victorious from the war, and at the same time took up large parts of the land intended for the Palestinians. Around 750,000 Palestinians fled during the war. During the 1967 Six Day War, Israel occupied the rest of the territories that should have constituted the Palestinian state (West Bank, East Jerusalem and Gaza). Three years earlier, the Palestinian Liberation Organization (PLO) had been formed. After pursuing armed resistance to the Israeli occupation for decades, the PLO agreed to negotiate peace. The result was the Oslo Accords, which established Palestinian autonomy in 1994. The Oslo Accords said that Palestine would become an independent state in the long run, but the conflict escalated, the Palestinians were divided, and the occupation is still ongoing. In 2012, Palestine became an observer state in the UN.

The Palestinian territories are to be governed by the Palestinian Authority, and elections have been regularly held to the National Assembly. In 2007, however, a conflict arose between the two largest parties, which led to Fatah today ruling the West Bank, while Hamas has power in Gaza. The international community deals first and foremost with Fatah. Corruptionand camaraderie has led Palestinians to trust Fatah, and it is regularly speculated on when the Palestinian Authority will collapse. Nevertheless, the two parties are trying to establish a joint government. Palestinians are often divided into three categories: Palestinian refugees (about half); Palestinians living in the occupied territories (Gaza, West Bank and East Jerusalem); and Palestinians living in Israel with Israeli citizenship. The political rights of Palestinians in the West Bank and Gaza are severely curtailed by Palestinian authorities. Nevertheless, the Israeli occupation is the most important issue in Palestinian politics. It causes major problems for the Palestinians’ freedom, security and social development. For the people of Gaza, the situation is particularly serious. Almost no one can leave Gaza.

In the Palestinian autonomous territories, olives, citrus fruits and vegetables are grown, but both trade and production suffer from the Israeli occupation. Illegal Israeli settlers use most of the West Bank’s scarce water resources, hindering the development of Palestinian agriculture. In addition, Israeli border controls create problems for Palestinians’ access to the Israeli and international market. Israel introduced a blockade of the Gaza Strip in 2007, preventing goods from being transported out of the area. In the West Bank, the biblical sites of Bethlehem and Jericho provide good tourist revenue.