Quito [ Kito], capital of Ecuador and the province of Pichincha, 2850 m above sea level in one of volcanoes (including Pichincha, 4789 m above sea level) framed high pool, almost at the equator, comprising: (2010) 1600000 Residents (mostly Indians and mestizos) the second largest city in the country.

Some of Quito’s economic importance has gone to Guayaquil since the 1980s; Tourism. Quito is on the Panamerican Highway; Railway connection with Guayaquil (since 1908); New Quito International Airport (opened in 2013).

The monastery of San Francisco (founded in 1535) was the seat of an important painting and sculpture school (today a museum for sacred art), the monastery church, a major work of the late Renaissance in South America, has artistic carvings, stucco work, wooden ceiling in Mudejar style inside; adjacent is the Capilla de Catuña.

The cathedral (consecrated in 1572, later alterations) on the Plaza de la Independencia is a three-aisled basilica; the church El Sagrario with a baroque facade is attached. One-aisle Jesuit church (La Compañía, 1605–89) with a Baroque facade based on Il Gesù in Rome (completed 1722–25, 1760–65), carvings and stucco with Indian ornamentation. La Merced Monastery (founded in 1534) with two-storey cloister and fountain in the atrium; the monastery church (1700–34) shows v. a. strong Indian influence in interior decoration. In the refectory of the Santo Domingo monastery (17th century) stucco ceiling in Mudejar style; in the single-nave monastery church (1581–1650) the magnificent Capilla del Rosario. The old town of Quito has been declared a World Heritage Site by UNESCO.

Quito, originally the capital of the Cara Indian people, part of the Inca Empire since the end of the 15th century, was conquered by S. de Benalcázar in 1534 and rebuilt as a typical Spanish city under the name of San Francisco de Quito. Since 1546 the seat of a bishopric, since 1563 the seat of an audiencia, Quito was also one of the most culturally important colonial cities in America. The Augustinians, Jesuits and Dominicans founded educational institutions in the late 16th century, which were combined to form a university in 1769. Quito has been the capital of Ecuador since gaining independence in 1830. Earthquakes and volcanic eruptions have often affected life in Quito in the past, most recently in 2002 with an ash fall following the eruption of the Reventador volcano. 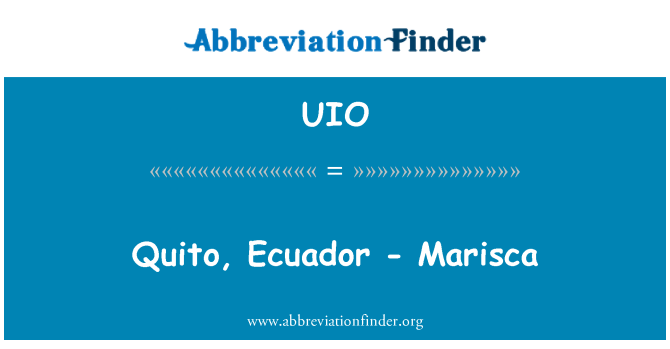