Santiago de Chile [- ðe t ʃ ile], Santiago, capital of Chile, 520 m above sea level, on the flat alluvial fan of the Río Mapocho, in the Great Central Valley, at the foot of Cerro Santa Lucía and Cerro San Cristobal (2017) 6.16 million residents, (around 37% of the population of Chile); Administrative seat of the Región Metropolitana de Santiago.

Santiago is the center of the Chilean railway network (via the Andes connection with Mendoza and Buenos Aires), lies on the Carretera Panamericana and has a subway; there is a connection to the seaports in the cities of Valparaíso and San Antonio; international airport is Arturo Merino Benítez in Pudahuel.

The hut districts (Callampas or Campamentos) that have arisen on the outskirts of the city as a result of uncontrolled influx have largely been structurally consolidated or replaced by quarters of simple residential buildings (Poblaciones). The migration of the upper class from the old town to new residential areas in the east of the city (Providencia, Las Condes) since the 1920s also resulted in lower class quarters close to the center (Conventillos). T. are preserved. A large part of the newer districts is dominated by guarded and access-controlled residential complexes (gated communities). An unsolved problem is the high level of environmental pollution caused by high levels of air pollution and inadequate waste disposal.

The city, laid out in the colonial chessboard layout, expands extensively. In the city, which was initially destroyed by the Araucans and later by earthquakes, fires and floods, the churches of San Francisco (1554, rebuilt after 1583) and La Compañía (burned down in 1863) are the oldest preserved sacred buildings from the Spanish colonial era. The Casa Colorada in the central Plaza de Armas (1769; since 1981 city museum), a large patio house, the Posada del Corregidor (around 1750) and typical residential buildings date from the 18th century. Under the influence of Joaquín Toesca y Ricci (from 1780 in Chile, † 1799) neo-baroque and classicist architectural forms were introduced in the period before and after the wars of independence. This is evidenced by the three-aisled basilica of Santa Iglesia (1748–1830), the La Merced church (started in 1746; main construction phase 1795–99), the town hall (1785–90; originally a municipal prison) and the Casa Real de built by Joaquín Toesca la Moneda (following 1784; badly damaged by bombs in 1971; restored until 1981), today the government palace. In the second half of the 19th century, the Congreso Nacional (1848–76), the Teatro Municipal (1853–57; rebuilt 1870–73), the Archbishop’s Palace (1870) and the Museo de Historia Natural were built under strong European influence (1875) and the Palacio Cousiño (1870–78; by Paul Lathoud; today a museum with partly original furnishings). In 1872 the Cerro Santa Lucía was redesigned into a public park (still an inner-city recreation area today); Not far from there extends the Parque Forrestal (created by Jorge Dubois around 1900) along the Río Mapocho. In the south, the former train station Estación Mapocho, today a cultural center, with the Museo de Bellas Artes (1905-10; collection of Chilean art) connects; on the opposite bank of the river, at the foot of the Cerro San Cristóbal, is the artists’ quarter Bellavista (built around 1920). The constant influence of Europe towards the end of the 19th century is documented by the Estación Alameda station (1897; based on plans by G. Eiffel), built as a glass and iron structure) and the Mercado Central (1868). Important buildings of the 20th century are the Escuela de Derecho (1938), the building erected under the strong influence of Le Corbusier in the 1950s and 1960s for the CEPAL, an agency of the United Nations (1960) and the UNTAD III Building (1973; parts burned down in 2006, Gabriela Mistral cultural center since it was rebuilt in 2010). In the 1980s and 1990s, numerous US-style shopping centers were built in the Providencia district. The Gran Torre Santiago (built 2006-14; architect César Pelli) is the tallest building in Latin America at 300 m.

Santiago de Chile was founded on February 12, 1541 under the name Santiago del Nuevo Extremo (“Santiago of the New Frontier”) by P. de Valdivia; In 1574 it became the seat of an audiencia, and in 1609 the capital of the General Capitol of Chile. The city’s strong growth began in 1850 with the mining of saltpetre. 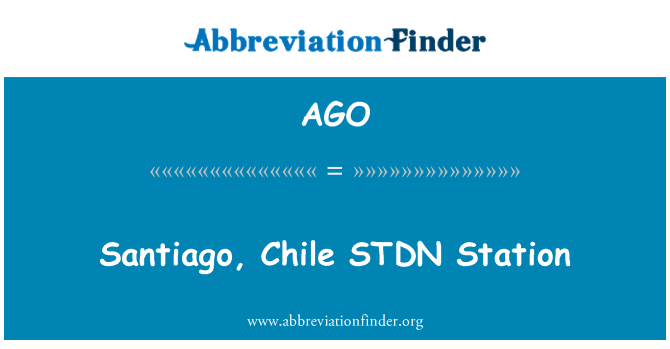