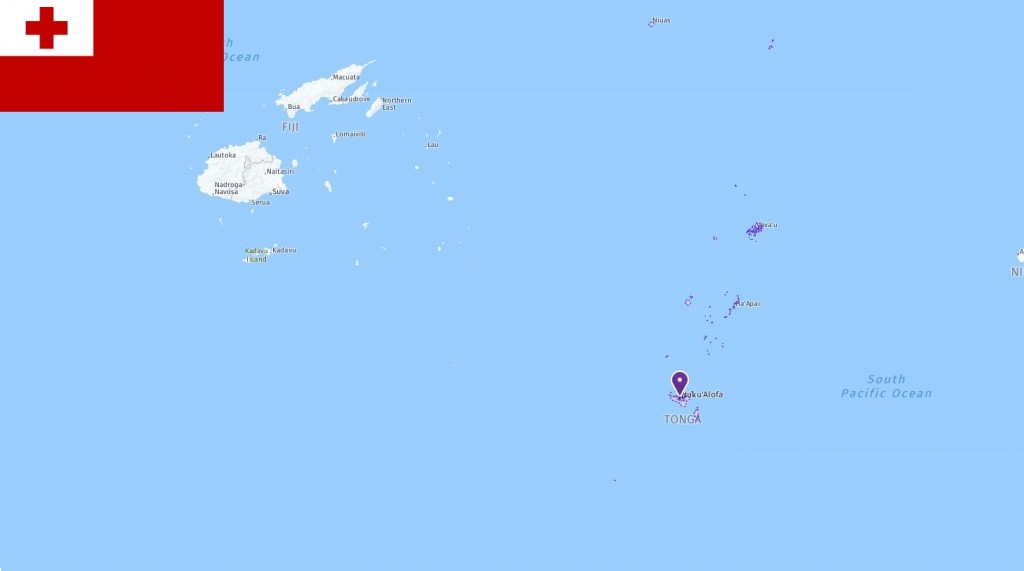 The most commonly used abbreviations about Tonga are TO which stands for Tonga and TOP which means Paʻanga (Tonga currency). In the following table, you can see all acronyms related to Tonga, including abbreviations for airport, city, school, port, government, and etc. 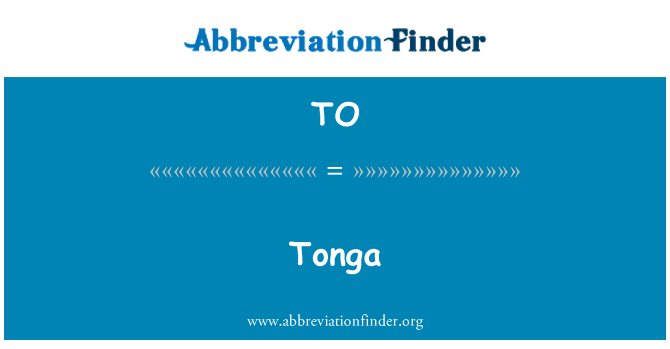 Tonga consists of more than 170 islands in the Pacific. In the west, the country is characterized by high and steep volcanic islands, while in the east are lower coral islands. The highest peak is on the island of Kau, reaching up to 1031 meters above sea level. Only 36 of the islands have permanent settlements. The largest island, Tongatapu, is a low-lying coral island. Tropical rainforest covers the areas that are not cultivated. Along the coasts are white sandy beaches and coral reefs. The climate is tropical hot and humid all year round. Most of the precipitation comes between January and March, while the period from May to September is the driest.

The biggest environmental challenges are related to deforestation and harvesting of the rainforest. Deforestation contributes to increased soil erosion and to the iodine being washed out into the sea. The washed-out soil, along with waste from agriculture and industry, threatens and contaminates the seas, groundwater, coast and coral reefs.

It is believed that Tonga was populated around the year 1000 BCE. In the 9th century, a period of Tongan expansionism began. Until the 17th century, the Tongan dynasty “t’ui Tonga” controlled most of the islands in the region, conducting extensive trade, cultural exchange and warfare. At its largest, the kingdom encompassed an ocean area of ​​over 3 million square kilometers, which extended over the western and central parts of Polynesia, as well as parts of Melanesia and Micronesia (in comparison, Scandinavia is less than 1 million square kilometers). Throughout the 17th century, the kingdom was divided by political conflicts and civil war.

In 1616 a Dutch ship came to the islands, as the first European vessel. Throughout the 18th century, the islands were regularly visited by European seafarers, and when Captain James Cook visited the archipelago in 1773 he was so well received that he named the islands “friendly islands”. In 1905, Tonga became a British protectorate, after entering into a friendship agreement. In 1970 the agreement was abolished and the country became an independent kingdom. The country remained a monarchy until 2005, when democratic reforms were implemented.

Tonga is a constitutional monarchy. The king is the head of state, and the commander-in-chief of the military. The Tongan monarch has relatively much power, and can veto bills and dissolve parliament. The executive power lies with a government led by a prime minister. The legislative power lies with the parliament, which consists of 17 elected representatives and nine representatives of the Tongan nobility. The government is accountable to Parliament.

The Tongan community is characterized by family and customer affiliation. Citizens are expected to turn to the extended family for support and social benefits. The health system is well developed and free of charge. Tonga is one of the countries in the world with the highest proportion of overweight. High consumption of imported fat and soft drinks are some of the main reasons for the problem. It is believed that three out of four deaths can be linked to obesity. The community is strongly influenced by ancient religious (Christian) traditions, laws and regulations. This means that women have a low position in society. Women cannot inherit land and are underrepresented in the labor market and in politics. Discrimination on the basis of sexuality is common, and homosexuality can lead to ten years in prison.

Since the 1990s, Tonga has struggled with high inflation, high unemployment and varying agricultural production. The country has poor conditions for economic growth as the islands are isolated and have few natural resources. The economy is entirely dependent on international aid from New Zealand, Australia, the EU and China. Money sent home by Tongans abroad is another important income for the country. Since Tonga imports a lot of food, oil and consumables, imports are more than five times that of exports.

Over 20 percent of Tonga’s population lives below the national poverty line. The majority of the inhabitants live on agriculture and fishing, mainly for their own consumption. All land is owned by the king and is managed by the country’s noble families. The service sector (with tourism) is the largest industry, accounting for around 60 per cent of the gross domestic product. The state is investing a lot in developing tourism further by building infrastructure and facilitating foreign companies. Industry mainly produces agricultural products, handicraft products and furniture.