The Racism is the belief that one race, ethnicity or certain physical characteristics are superior to others. Racism can manifest itself at both the individual and institutional levels through policies such as slavery, apartheid, the holocaust, colonialism, imperialism, among others.

Although racism is associated with prejudice against blacks, it can manifest itself against any race or ethnicity, whether Asian, indigenous, etc.

Remember that the practice of racism in Brazil is considered an unenforceable crime, with a penalty of up to 3 years in prison.

Let’s look at the main types of racism:

Individual racism is expressed in individual discriminatory attitudes through stereotypes, insults, and rejection of a person who does not have the same ethnic characteristics as his own.

In this way we have expressions like “it ‘s black, but it’s clean” or “good Indian is dead Indian” that reveal deep contempt for an entire group.

Institutional racism is that exerted by institutions such as the state, the church, private and public enterprises, in which certain ethnic groups, such as blacks or Indians, are marginalized and rejected, either directly or indirectly.

One of the greatest examples was apartheid in South Africa, when blacks were forbidden to attend the same places as whites. Likewise, in the United States there were such laws that prevented blacks from studying in the same schools as whites, for example.

It results in the belief that there is superiority among existing cultures, in the broad sense that “culture” encompasses religion, customs, languages, among others.

Cultural racism has been used as a justification for colonizing and dominating territories since antiquity. In modern times this kind of racism may include elements of institutional and individual racism.

The concept of communitarianism gained strength in the 1980s, as opposed to individualism. This philosophy holds that community is more important than the individual itself.

Thus communitarian racism is linked to contemporary thinking and nationalism. He becomes racist as he always privileges his community over another.

As a result, communitarian racism addresses a group such as an indigenous village, a quilombola community, and not just specific individuals.

Ecological racism is detected when peripheral populations do not receive the same treatment as a central area.

An example of this is expropriation arbitrarily made to give way to dams or sporting event facilities. Or when a developed country company sells a product to a developing country that does not meet the same rules as its home country.

Also the destruction of the environment, affecting groups and communities based on unequal application of the legislation is considered as environmental racism.

One of the racist attitudes is social isolation.

Racist movements around the world

People called racists are based on the ideology of racial superiority. These ideas gained strength in the nineteenth century through Positivism and, later in the twentieth century, were harnessed by Fascism.

Even with all studies indicating that an individual’s race has nothing to do with intelligence or character, certain people still believe in it. The worst is when these people come together and start taking violent action against the groups they call “inferior.”

Some racist movements around the world today are the Neonazists and Skinheads. These groups harass, beat and kill people considered different, whether by race, color, culture or even sexual, religious, etc. preferences.

Racism against whites or inverse racism

It is important to clarify that racism happens within a specific historical context. Thus, not every insult – although always a reprehensible attitude – will be considered racist.

The fact that a white is called a “heart of palm” or “sour milk” is not characterized as racist. The reason is that in the modern and contemporary world whites have not been subdued or treated as slaves.

Likewise, they are not systematically treated differently in environments such as advertising, colleges, and workplaces in general.

How to fight racism?

Racism must be fought daily, first individually and then socially.

The most important thing is to recognize that we live in a racist society and this is very easy to prove by answering these questions.

Thus, a self-assessment starting with our vocabulary would be interesting. We should take from our language expressions such as “denigrating”, “black with white soul”, “brunet hair brunet”, and many others.

Also, know other cultures, customs, people and religions. How many black or indigenous personalities do you admire? Having contact with different knowledge that we are used to, we open our heads and realize that humans are very similar.

Finally, let us remember that the International Day for the Elimination of Racial Discrimination is celebrated on March 21st. 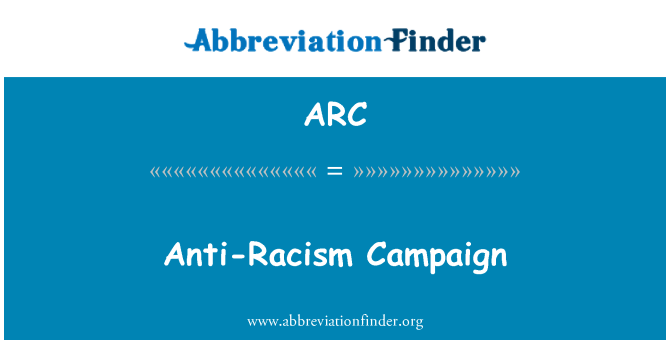