Zagreb is the seat of a Serbian Orthodox Metropolitan, a Roman Catholic Archbishop and the residence of the Greek Catholic Bishop of Križevci. As the leading educational center in Croatia, the city is home to the Academy of Sciences and Arts, the university (founded in 1669 as an academy), colleges, art and music academies and scientific research institutions. There are numerous galleries and museums (City Museum, Archaeological and Natural History Museum, Ethnographic Museum, Technology Museum, Hunting Museum, Museum of Contemporary Art, etc.); National theater, film studios as well as the botanical garden in the city center and the zoological garden in Maksimir Park.

Zagreb is the largest and most important industrial location in Croatia. The leading industrial sectors are the food and pharmaceutical industries, as well as machine and electrotechnical device construction. As the most important financial and trade center in Croatia, Zagreb hosts international trade fairs and is a stock exchange location. Tourism (2017: 1.3 million visitors) is experiencing a rapid upswing. Zagreb is a national and international rail and road junction (motorway connections to Budapest, Belgrade, Rijeka and Split). The international airport is located southeast of the city.

In the episcopal city (Kaptol) stands the two-towered, mainly neo-Gothic St. Stephen’s Cathedral. The cathedral is the most important landmark of the city and at 108 m the tallest structure in Croatia. A first building was consecrated in 1217 and renewed in 1264–1421; the choir dates from 1466. 1633–41 the church received a single bell tower and was restored with two towers after destruction and earthquakes in 1880–92. In the immediate vicinity is the baroque Bishop’s Palace (1730) with the St. Stephen’s Chapel (13th century).

The old town of Zagreb, which was already known in antiquity, goes back to two medieval settlement cores: Kaptol, in which King Ladislaus I, the Holy, of Hungary established a diocese in 1093, and Gradec, which was named after the Mongol invasion in 1241/42 Royal Hungarian free city was rebuilt and developed into an important economic and administrative center (Kaptol and Gradec only grew together in the middle of the 19th century). Both parts came to the House of Habsburg in 1527; since the end of the 17th century Zagreb (Agram) was the cultural center and from 1718–1918 the capital of the Kingdom of Croatia, which was linked to Hungary, and from 1941–45 of the »Independent State of Croatia« (the Ustasha).

From the armed conflicts for the independence of Croatia (1991-95) Zagreb was – in contrast to its surrounding area (Zagreb district) – largely spared. 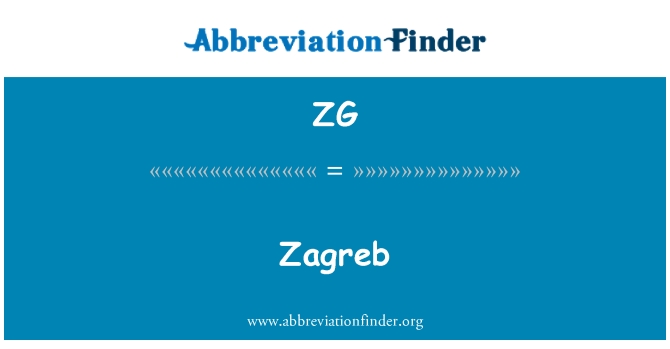