Looking for general definition of AR? The AR means Augmented Reality. We are proud to list acronym of AR in the largest database of abbreviations and acronyms. The following image shows one of the definitions of AR in English: Augmented Reality. You can download the image file to print or send it to your friends via email, Facebook, Twitter, or TikTok. 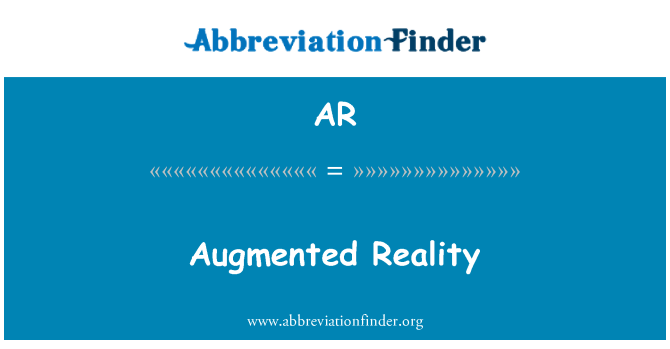 Meanings of AR in English

Other Meanings of AR