Antwerp is the cultural center of the Flemings, has several theaters, archives, numerous museums (including Museum aan de Stroom with folklore museum, national maritime museum and ethnographic museum; emigration museum, printing museum, Royal Museum of Fine Arts, Rubenshuis, Middelheim museum with sculpture park). Three universities (founded in 1852, 1965 and 1971) were merged in 2003 to form the University of Antwerp. There are also technical colleges, the Hooge Zeevaartsschool, the State Institute for Architecture and Urban Development, the Institute for Tropical Medicine, the Royal Academy of Fine Arts, and the Royal Flemish Conservatory. Antwerp is the seat of a Catholic bishop.

After Rotterdam, Antwerp is the most important seaport in Europe (2016: 214 million tons of cargo handled). It lies at the intersection of the Western European pipeline network for petroleum and petroleum products. In the foreground of the diverse port industry is the processing industry for imported goods: especially oil refineries, large-scale chemical plants, non-ferrous metal smelting. Then there is the automotive industry and ship repair. As the most important diamond trading center in the world, Antwerp has many diamond cutting shops; The Antwerp Diamond Exchange generates around 60% of world sales in cut diamonds.

The modern dock harbor with significant container handling is located in the Scheldt bend. Seven locks from 110 m to 500 m in length are available for seagoing vessels. Antwerp is connected to the left bank of the river by two tunnels and the Kennedy motorway tunnel. The Antwerp tram network is partly underground. The hinterland of the port is well served by railway lines, highways and canals. For the port expansion, there are now only areas available on the left bank of the Scheldt in the area of ​​the East Flanders town of Beveren, the expansion of which as a port and industrial site is already in progress.

The Cathedral of Our Lady is the main work of the Flemish late Gothic (1352 to around 1519), a seven-aisled building on a cruciform floor plan, with a choir and chapels and a richly structured north tower (1592; 123 m); the originally rich plastic jewelry was destroyed in the iconoclasm in 1566; The most valuable pieces of equipment are the “Raising the Cross” (1610/11) and the “Descent from the Cross” (1612–14) as well as the “Assumption of Mary” (1626) by P. P. Rubens. Sint-Jacobs (begun in 1491) has a very rich baroque interior; Rubens’ Sepulchral chapel with one of his late works (»Maria with Saint George«, 1636–38). The Dominican Church of St. Paul (1533–1639) with a baroque tower (1679) is also late Gothic. – The most important baroque church is the Karl Borromäus Church (early 17th century) with a richly structured facade based on the Italian model; the ceiling paintings by Rubens and A. van Dyck were destroyed by fire (1718).

At the “Grote Markt” with its tall, windowed guild houses for cooper, shopkeepers, riflemen and others. (16th century) is the town hall (1561–65) by C. Floris, who combined the style of Italian palaces of the late Renaissance with northern sculptures in the facade; Not far from the market is the late Gothic meat hall (Vleeshuis, 1501–03; today a museum). The Plantin-Moretus printing museum is located on Vrijdagmarkt and dates back to a printing company from the 16th century. In 2005 it was declared a UNESCO World Heritage Site.

In the Berchem district is the listed Zurenborg district with buildings from the neo-renaissance, neo-classicism and art nouveau styles. Modern architecture can be found among others. in the south of the city and in the district of Het Eilandje, where warehouses and warehouses along the Scheldt have been renovated, redesigned and supplemented with modern buildings in recent years (e.g. Restaurant Zuiderterras, 1989–91, by Bob van Reeth). To the south is the residential building and studio Maison Guiette (1926/27; by Le Corbusier), which has been a UNESCO World Heritage Site since 2016.

Antwerp, formerly also Antorf, whose castle, the Steen, was destroyed by the Normans in 836, became the seat of a margrave around 1000 and fell to Brabant at the end of the 11th century. Antwerp received city rights in 1291, and the Hanseatic League established a branch here in 1313. After the decline of Bruges (the Zwin silted up in the 14th century) and after the transition to Burgundy (1430) and Habsburg (1477), Antwerp became the most important trading city in Europe (especially under Emperor Charles V). During this heyday, many buildings were built that shape the image of the old town today.

When Antwerp was recaptured by the Spaniards during the Dutch uprising in 1585 and the Dutch blocked the mouth of the Scheldt, his position was destroyed. From 1794–1814 it was under French rule. In the 19th century Antwerp developed again into one of the largest trading centers on the European mainland and became (since 1859) one of the strongest fortresses in Europe (partially demolished in 1918 and 1945). In 1920 Antwerp hosted the Summer Olympics. 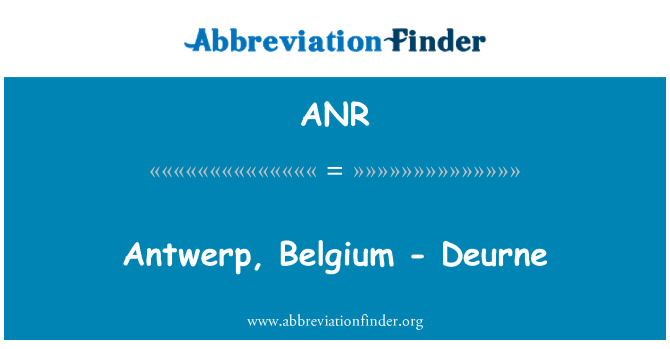