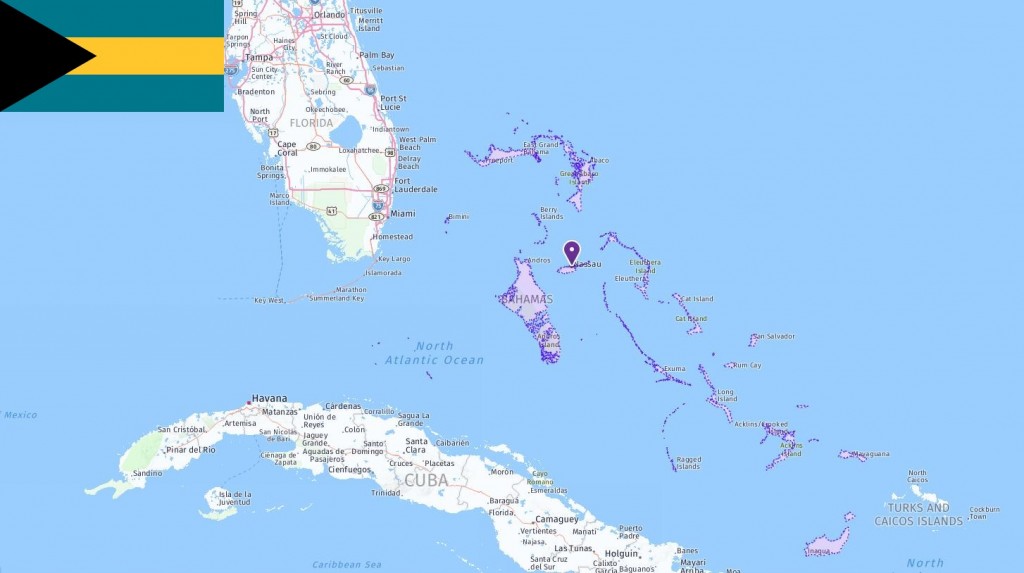 The most commonly used abbreviations about Bahamas are BS which stands for Bahamas and BSD which means Bahamian dollar (Bahamas currency). In the following table, you can see all acronyms related to Bahamas, including abbreviations for airport, city, school, port, government, and etc. 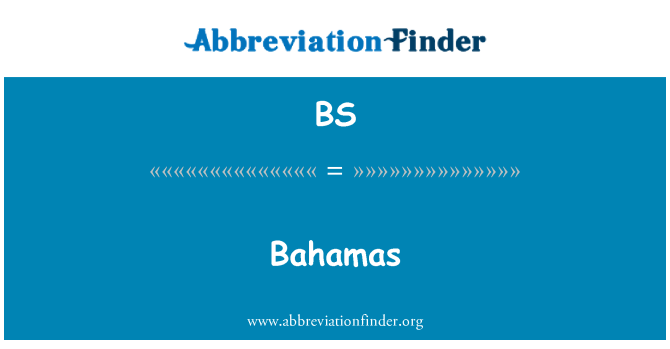 The Bahamas consists of fifteen larger and about 700 smaller coral islands. The archipelago extends nearly 80 miles from Haiti in the southeast to Florida in the northwest and has around 2,400 reefs and sandbanks. The islands consist of porous limestone, which means that no rivers, streams or lakes are formed. The country’s highest point is Mount Alvernia at 63 meters above sea level. The four largest islands, Andros, Great Abaco, Great Inagua and Grand Bahama, make up more than two-thirds of the land area. The Bahamas has a subtropical climate where winters are mild and summers are hot and humid. From June to September it is rainy season.

The archipelago is very vulnerable to climate change. The coral reefs around the islands lie on very shallow water and are therefore particularly vulnerable to temperature changes. In recent years, rising global sea temperatures have destroyed much of the country’s coral reefs. The supply of fresh water is poor, and the country’s low landscape also makes the islands vulnerable to tropical storms, high tide and erosion. In August 2019, the northern islands were hit by a huge tropical hurricane. The natural disaster caused enormous destruction and many deaths.

The Bahamas was most likely populated by Arab-speaking people around the 500s. The local people were farming and fishing, calling themselves lucaya. It is said that Christoffer Columbus’ first steps in America were on one of the Bahamas in 1492. However, the Spaniards were not interested in the islands because they had no gems. Instead, they exploited the Arawak population as slaves in gold mines in other parts of the Spanish empire. Already in 1520 the local population had died as a result of slavery and illness. It was not until the middle of the 17th century that the islands were colonized again.

The islands were in fact ruled by pirates until 1718, when the United Kingdom took control of the area. Until 1834, the most important industries were slave trade, piracy and smuggling. From the islands were colonized and up until the 1940s they were controlled by a small white elite. After major protests in 1942, the role of the African-born population in society strengthened and eleven years later the country’s first political party was formed. The new party gathered the African-born population and gained ever greater political influence. In 1973, the Bahamas became independent from the United Kingdom.

The Bahamas is a parliamentary democracy. The country is part of the Commonwealth of Nations and has retained the British monarch as the official head of state. The executive power lies with a government led by a prime minister. The prime minister is based on the party that gets the most votes in the general election of the lower house. The legislative power lies with a national assembly consisting of a lower house and an upper house.

Since the 1960s, many Haitian and Cuban labor migrants have come to the Bahamas. Immigration has led to social tensions – especially between Haitians and Bahamians. Since the early 2000s, crime in the Bahamas has risen sharply. The murder rate is among the highest in the region. The country has long been a paradise for money laundering and drug smuggling. Today, the US Coast Guard is working closely with the Bahamas to stop the smuggling. Violence against women is a widespread problem and is not considered illegal in the home. In a referendum in 2016, a new law against gender discrimination was voted down by a large majority.

The Bahamas is one of the richest countries in the Caribbean. In the 1950s, the tourism industry was built up, and today accounts for one third of the country’s gross domestic product. More than half of all Bahamians work in tourism. The country’s financial sector is another important industry. The country is considered a tax haven despite the introduction of new and stricter laws in the financial industry. The Bahamas economy is closely linked to the US and is therefore vulnerable to fluctuations in the US economy.

The country has a poorly developed agricultural industry and only one percent of the land is cultivated. Due to underdeveloped agriculture, and the islands’ lack of natural resources, the Bahamas has a large trade deficit (they import more than they export). The country’s welfare system, such as sickness insurance and parental leave, is well developed and partly financed by the state. Living standards and economics are somewhat better in the capital, Nassau, and in the northern islands than in the less developed islands in the south.