Bangui [- gi], capital of the Central African Republic, is in almost the entire industry is concentrated with (2003) 622 800 residents the largest city in the country.

Bangui lies on the border with the Democratic Republic of the Congo on Ubangi, which is navigable from here; University (opened in 1970), research institutes, museums; Seat of a Catholic archbishop. Almost all foreign trade (especially wood, cotton and coffee) and part of the exports of the Republic of Chad are carried out via the port of Bangui; international Airport. 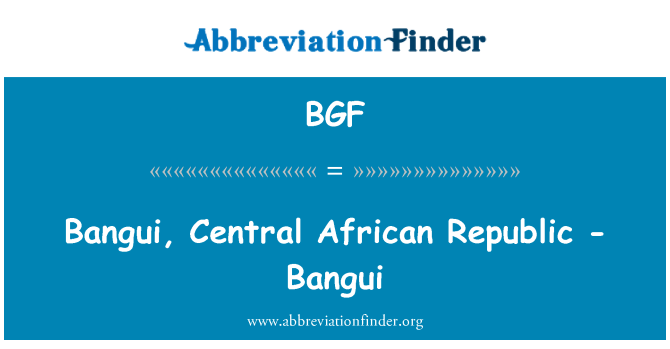