Bucharest, Romanian Bucureşti [- rε ʃ ti], capital of Romania, in the lowlands of the Great Wallachia, 238 km 2, 77 to 105 m above sea level, on the Dambovita and Colentina (tributaries of the Arges), with (2018) 1, 9 million residents the largest city in Romania.

Bucharest is the seat of the Patriarch and Metropolitan of the Romanian Orthodox Church and a Catholic Archbishop; Seat of the Romanian Academy (founded in 1866) and other scientific academies as well as numerous research institutes; University (founded in 1864), Technical University and other state and private universities (including for agriculture, economics, sport, art, music, architecture), Goethe Institute, libraries, state archive, museums (including the National Art Museum, National Museum for the National History of Romania, Village museum), national opera and several theaters, philharmonic orchestra and zoological garden. In the middle of the city is the large public park Cișmigiu with a lake, in the west the Cotroceni Castle with a large park and botanical garden.

Around two fifths of Romania’s added value is concentrated in Bucharest, especially in the trade and service sector (finance, stock exchange, trade fair location). The most important industrial sectors are machine and vehicle construction, metal processing, electrotechnical, chemical and pharmaceutical, textile and food industry, printing and publishing. Bucharest has five train stations, one metro (since 1979) and the two airports Otopeni (mainly for international air traffic) and Băneasa.

Bucharest, which was badly destroyed in the Second World War, only developed into a large city in the 19th century, which is characterized by buildings of neoclassicism, historicism and modernism. The most important of the 100 or so churches are the Court Church Curtea-Veche (1545–54, with 18th century portal), the Patriarchal Church (cross-domed arrangement, begun 1654–58), the Colțeak Church (early 18th century) and the Stavropoleos Church (1724–30). The former »Hanul lui-Manuc« caravanserai was built in the 18th and 19th centuries. Century. The monasteries of Mărcuța and Snagov date from the 16th century. The rotunda of the Athenaeum (symbol of the city) was converted into a concert building in 1886-88. The former royal palace, a neoclassical building from 1930–37, is now the seat of the National Art Museum (until 1989 seat of the State Council). Nicolae Porumbescu (* 1919, † 1999) built the state circus (1960) and residential and administrative buildings by Cezar L ǎ z ǎ rescu (* 1923, † 1986), among others. the Otopeni airport building (1972). From 1950 onwards, numerous new large settlements were built (including Titan, Drumul Taberei, Berceni, Militari, Pantelimon).

The earthquake caused severe damageof March 4, 1977, which killed over 5,000 people. An earthquake-spared area of ​​the old town on the south bank of the Dâmbovița was demolished in 1984-89 in order to be able to build an oversized »socialist center« of Bucharest (including the »House of the Republic«, also known as the »House of the People« [today including the Palace of the Romanian Parliament]). The houses of 40,000 evacuated residents, churches (including Spirea Veche, Spirea Noua, Alba Postavari), monasteries and three synagogues were removed. The Mihai Vodă monastery church, built in 1591, was moved by several 100 meters. – As part of an international planning competition “București 2000″, projects for the redesign or redesign of the district in the area of ​​the palace of the Romanian Parliament were drawn up (inter alia. The Museum of Contemporary Art was set up in a wing of the palace in 2004). One of the largest recent construction projects in Bucharest was the National Stadium (Arena Națională), which was inaugurated in August 2011 and replaced the Lia Manoliu Stadium, which was demolished in 2008. It will be surpassed by the new national church “Cathedral of the Redemption of the People”, which has been under construction since 2010 and will be the largest Orthodox church in the world after completion.

Bucharest, first in 1459 as the residence of Vlad III. Țepeș (Dracula), mentioned in a document, was built on the site of a Neolithic settlement as well as later Dacian and Roman settlements and alternated with Argeș and Târgoviște – continuously from 1659/1716 – as the residence of the princes of Wallachia. Fallen to the Turks in 1460 , conquered by the Vltava River in 1473 by Stephan III the Great, then fought over several times between Hungarians and Turks, Bucharest was burned down by the Turks in 1595. By 1800 already over 50,000 residents, Bucharest was owned by the Austrians in 1716, 1789–91 and 1854−56, in the 19th century several times by the Russians (1769, 1806−12, 1828–34, 1848–51, 1854 and 1877) occupied and scene of the elevation of T. Vladimirescu (1821) and the center of the revolution of 1848. After the unification of the Romanian principalities, Bucharest has been the capital of Romania since 1862. Occupied by German troops 1916–18 and 1940–44 (beginning of a national uprising in Bucharest on August 23, 1944); In the Ceaușescu era, especially from the mid-1970s, the old cityscape of Bucharest was destroyed. The mass rally staged in Bucharest on December 21, 1989, turned into a bloody popular uprising on December 21 and 22. 12. the “unfinished revolution” that led to the overthrow of the Ceaușescu regime (heavy fighting until January 1990). 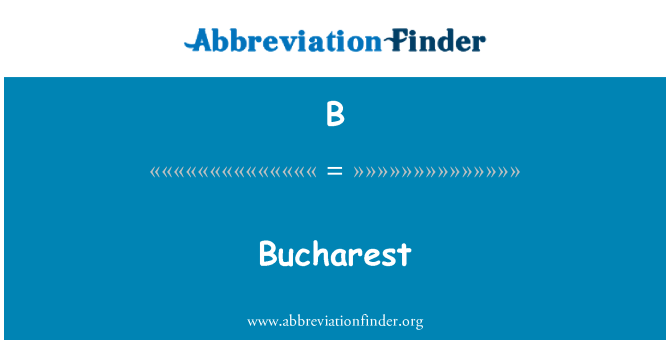