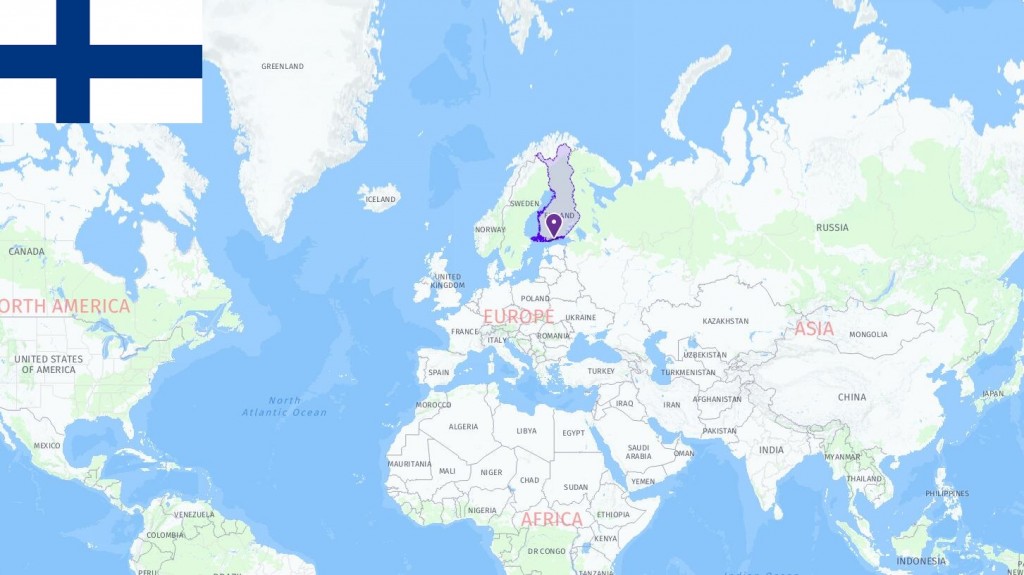 The most commonly used abbreviations about Finland are FI which stands for Finland and EUR which means Euro (Finland currency). In the following table, you can see all acronyms related to Finland, including abbreviations for airport, city, school, port, government, and etc. 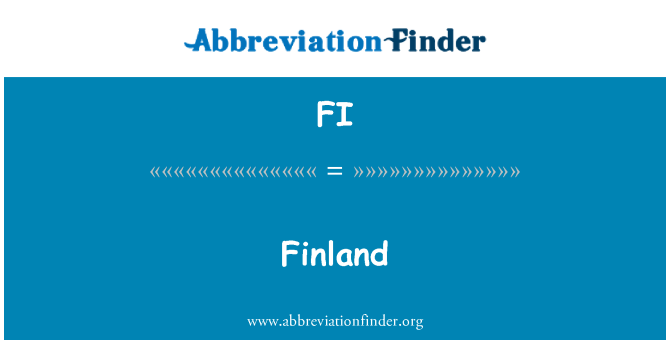 Almost two-thirds of Finland is covered by forests, while a tenth of the country is covered by lakes. Finland is called “The Land of the Thousand Lakes”. With its 187,000 lakes, Finland is the country with the most lakes in terms of its size. The land is relatively flat and has an elongated archipelago along the coast.

The climate in Finland is similar to Scandinavian, with cold winters and hot summers. Neighboring Russia’s large land masses create cold winds in winter and heat waves in summer. Due to the forest industry in Finland, the country is struggling with deforestation. The many lakes are shallow and are therefore very vulnerable to pollution. Much of the water from the lakes and rivers flows into the Baltic Sea, which today is very polluted.

In the 1300s, Finland was a Swedish province, closely related to Sweden both formally and culturally, and Swedish was also the dominant language for a long time. In 1809 Russia conquered Finland, and the country became a partially independent principality. The Tsar in Russia respected Finland’s laws as long as the Finns did not revolt. In this way, Finland was given room to develop its independence and desire for independence.

After the Russian October Revolution in 1917, bourgeois parties demanded independence from the whites in Finland, while the left side “the red” wanted to join the revolution. Disagreement led to civil war (1918) as “the whites” won, but the conflict created a deep political divide in the country.

During World War II, Finland fought against Russia because of disagreements over Russian access. The first time was the Winter War (1939-1940). Russian forces attacked, but Finnish troops unexpectedly managed to delay them for three months. After that, the Finnish government had to capitulate. A year later, Finland joined the German side and attacked the Soviet Union again. After the war in 1944, Finland had to pay war debts and give land to the Soviet Union.

Finland is a democratic republic with a combination of parliamentarism and presidential rule. The president is the head of state, is elected every six years and can only sit for one term. Originally, the president of the country has had a lot of power, but it has been limited, and today the Riksdag has more influence. The president decides who will sit in the government headed by the prime minister. Elections to the Riksdag are held every four years, and the government must be approved by the Riksdag. Incidentally, Finland was among the first countries in the world to receive women’s suffrage in 1906.

Finland has two official languages; Finnish and Swedish. Like the other Nordic countries, Finland has developed comprehensive welfare schemes and scores high on education tests.

Finland has a lot of forest, and the forest industry and agriculture are strong. The most important cereals produced in Finland are barley, oats and wheat. Potatoes are also grown in large parts of the country. Due to access to a lot of forest, there is a large paper industry in the country, much of what is produced is sold abroad. Finland’s most important trading partners are Sweden and Germany.

At the beginning of the 1990s, Finland went into an economic crisis. This led to the country focusing more on export-oriented business. Finland has focused especially on high-tech production. Nokia is the country’s largest and most successful company, and has been a world leader in mobile telephony. Finland has experienced economic growth since the mid-1990s. Despite the positive trend, economic downturns have put pressure on welfare schemes. They have been cut down, and there are trends of increasing social differences in the country.

The financial crisis in 2007 caused many people in the industry to lose their jobs, and unemployment in Finland is still relatively high. It has proved difficult to get parts of the population who have fallen out of work back into work.