Guadalupe is an overseas department in France, located in the Caribbean. The main territory of Guadalupe consists of two islands: Basse-Terre and Grande-Terre, separated by a narrow channel. Basse-Terre has a mountain range, culminating in the Soufrière volcano (1,467 m), which last erupted in 1976. The Grande-Terre island is where most of the population lives. There are 400 thousand residents (2014). The capital is Basse-Terre, on the island of the same name. The largest city is Baie-Mahault.

These islands were discovered by the Spanish in the late 15th century. Since 1635 it has been under French rule. 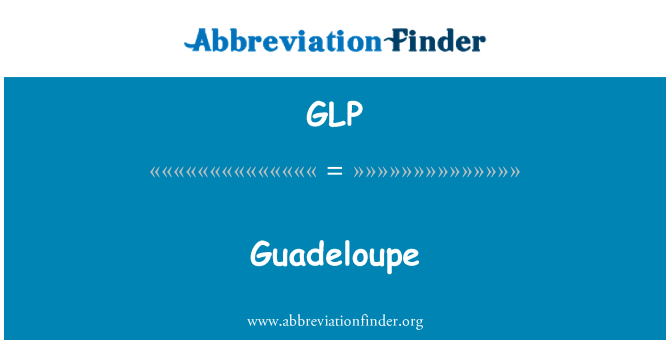 The most commonly used abbreviations about Guadeloupe is GLP which stands for Guadeloupe. In the following table, you can see all acronyms related to Guadeloupe, including abbreviations for airport, city, school, port, government, and etc.