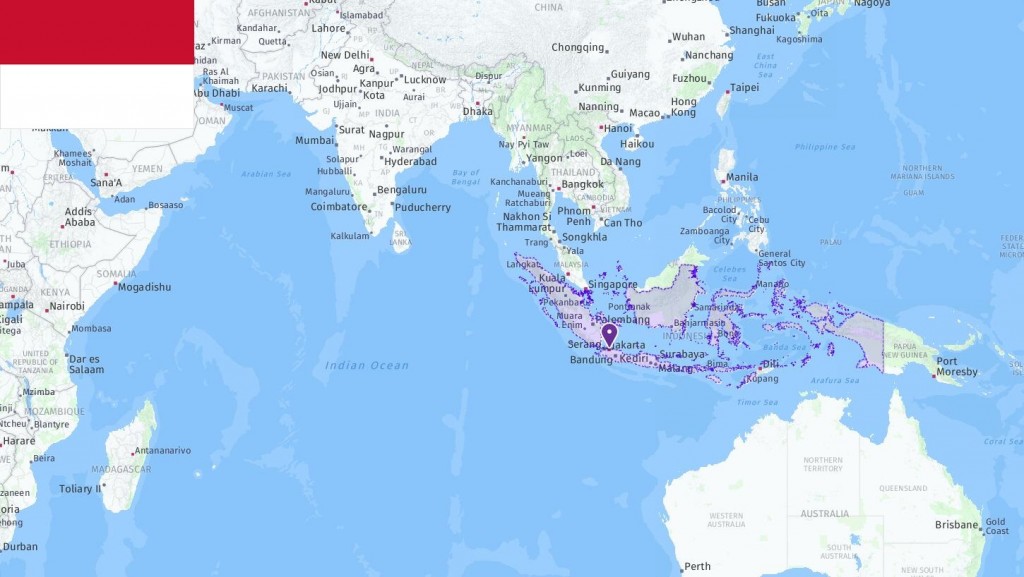 The most commonly used abbreviations about Indonesia are ID which stands for Indonesia and IDR which means Indonesian rupiah (Indonesia currency). In the following table, you can see all acronyms related to Indonesia, including abbreviations for airport, city, school, port, government, and etc. 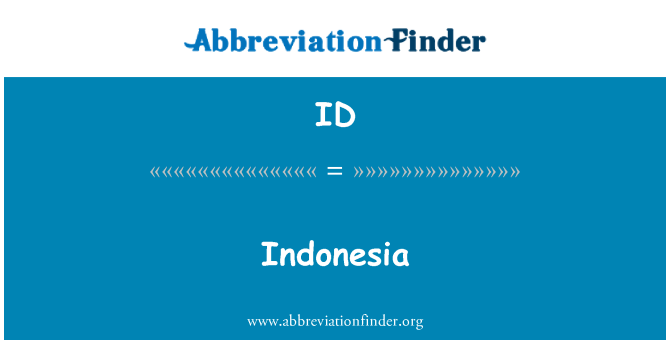 Indonesia is an archipelago located between the Southeast Asian mainland and Australia. The archipelago consists of about 18,000 islands, of which 6,000 are inhabited. The largest islands in Indonesia are Sumatra, Java, Kalimantan, Sulawesi and the western part of Papua on the island of New Guinea. The land is in an area where three parts of the earth’s crust meet. They have a large number of active volcanoes, and earthquakes are occurring constantly. The tsunami that hit several areas in Southeast Asia in 2004 was caused by an earthquake. Aceh province on Sumatara was hit hardest, killing 220,000 Indonesians.

Indonesia has the world’s third largest tropical rainforest, covering about 70% of its land area. Many and long wooded mountain ranges characterize the landscape, but there are also large lowland areas on some of the islands. The country has a tropical coastal climate and the temperature is always above 18 degrees with humidity between 70-90%.

The use of oil and coal as sources of energy, in addition to over-consumption of fertilizers and pesticides, has created major environmental problems. Deforestation associated with palm oil plantations is a growing problem.

The oldest traces of human life in the area are around 1 million years old. Newer population came from the Southeast Asian mainland around 3000 years BCE. Islam spread to the country in the 1300s, eventually becoming the largest religion in the area. Of colonial states, the Portuguese were the first to settle in the country in the early 16th century. From the 17th century, the Dutch took control of much of the trade, and the country became a Dutch colony around the year 1800.

Indonesia was under Japanese occupation during World War II. In 1949, they were recognized as an independent state under the leadership of nationalist leader Sukarno. In 1965 there was a coup attempt with communist elements. The coup attempt triggered an anti-communist reaction and was severely beaten by the army, including at least 80,000 real and alleged communists. The dissatisfaction with the leader Sukarno increased, and in 1968 General Suharto was elected new president. He introduced his own state ideology: Pancasila. Pancasiola means that the country should be governed by five points: the belief in a god, human dignity, national unity, democracy and social justice. To disagree with this became the same as being a communist or a radical Muslim.

In 1975 Indonesia occupied the neighboring island of East Timor, which first gained independence in East Timor in 1999.

Indonesia was hit hard during the Asian financial crisis of 1998, triggering fierce protests against Suharto’s authoritarian regime, and he resigned. In June 1999, the first free elections were held since 1955, and in 2004 for the first time became a president by direct election.

Indonesia is a republic with a multi-party system. Both the president and the 550 members of the National Assembly are elected for five years. The president is the chief of state and commander-in-chief of the country’s armed forces. The country is divided into 33 provinces, in addition to the special regions of Aceh and Yogyakarta and the capital district of Jakarta. Indonesia is the world’s fourth most populous country. A number of immigration waves to Indonesia have led to a population composed of several different languages, religions and cultures. This complicated ethnic pattern has created the ground for some groups to want to disassociate and form their own states.

The majority of the country’s poor live in the countryside and in the eastern parts of the country. Many poor families were hit hard in 2005 when the then president cut subsidies on fuel, while rice became more expensive. Although the country’s economic growth has been good, Indonesia is characterized by a number of challenges related to poverty, terrorism and corruption. Maternal and infant mortality and malnutrition among children are also a major problem.

Indonesia was hit hard by the Asian financial crisis in 1998 but has since experienced high economic growth. Foreign investment has risen sharply in recent years. Most of the economic growth has been concentrated on the island of Java and the capital Jakarta. The country’s many islands create transport challenges, and a well-developed transport network exists only in the densely populated parts of the country. Indonesia has good contact with neighboring countries, and the country is one of the founders of ASEAN, a South Asian political and economic cooperation organization.

Today, Indonesia is the largest economy in Southeast Asia. The country is the world’s largest producer of palm oil and the world’s second largest producer of natural rubber. Coal, natural gas, palm oil, natural rubber, textiles, oil and electrical appliances are important export goods. Indonesia’s main trading partners are China, Singapore, Japan, South Korea and the United States. Tourism is also an important source of income, and about a third of tourists come to the province of Bali.

The UN Association offers a role-playing game for the 2019-20 school year in which students will try to resolve a conflict in the Security Council (Iran and the nuclear issue). Indonesia is a member of the Security Council, and the sections that follow are information related to this game.

The West has long seen Indonesia as a central ally in Asia, and as a counterpart to an increasingly powerful China. The country receives a lot of military support from the United States, but has also gradually improved its relationship with China in the years after 2010. As the world’s largest Muslim country, Indonesia has tried to position itself as a bridge builder in the Security Council in the Middle East conflicts.

Like most other countries in the Security Council, Indonesia is worried that the nuclear deal with Iran will be destroyed as a result of the US withdrawal. Indonesia is also afraid of the consequences of a possible armed conflict between the United States and Iran, and that the conflict may affect shipping and oil transport through the Persian Gulf.

Indonesia is a member of the Nuclear-Free Zone in Southeast Asia from 1995, and has signed the Prohibition Treaty against Nuclear Weapons from 2017. This shows that the country is taking nuclear disarmament seriously and that the country is not happy with the limited progress achieved in terms of disarmament through the Non-Proliferation Agreement. The prohibition treaty on nuclear weapons places particular emphasis on the possible humanitarian consequences of the weapons, and seeks to establish a norm that such weapons are morally reprehensible no matter which state possesses them.

In a debate on disarmament in the UN Security Council 02.04. In 2019, Indonesia highlighted the importance of the regional nuclear-free zones in the world. The country urged all nuclear weapons states to respect their obligations to the countries in these zones, and to provide unreserved guarantees never to use nuclear weapons against the states that have joined the various treaty zones.

In its speech to the Security Council, Indonesia was also concerned about the right of all countries to use nuclear technology for peaceful purposes, and that states without nuclear weapons should be given priority for international support for various civilian nuclear projects. It is also important that all states adhere to the Atomic Energy Agency (IAEA) inspection agreements – the global control that is absolutely necessary to prevent the possibility of developing secret military nuclear programs.

Indonesia, like many other countries, is concerned that the existing nuclear weapons agreements between the US and Russia powers are being weakened or wound up, and has repeatedly urged these countries to lead by example in further disarmament efforts.